Mumbai batsman Yashasvi Jaiswal scored a century against Uttar Pradesh in the ongoing Ranji Trophy semi-final at Bengaluru and in the process created a record.

Jaiswal has now become the fourth Mumbai batsman to score a century in each innings of a Ranji Trophy game in the 21st century.

The left-handed batsman has joined the likes of Rohit Sharma, Ajinkya Rahane, and Wasim Jaffer in the elusive list.

Earlier, Mumbai produced an incisive bowling display to bundle out Uttar Pradesh for a paltry 180 and take the crucial first-innings lead on the third day of their Ranji Trophy semifinal on Thursday.

Resuming at the overnight score of 25 for two, UP batters could add just 155 runs as Tushar Deshpande (3/34), off-spinner Tanush Kotian (3/35) and Mohit Avasthi (3/39) shared nine wickets between them for Mumbai. Dhawal Kulkarni (1/25) also chipped in with a scalp.

Skipper Prithvi Shaw made 64 off 71 balls with the help of 12 boundaries as Mumbai finished the day at 133 for one in their second innings, taking an overall lead of 346 runs.

Mumbai had posted 393 in their first essay, courtesy hundreds by Jaiswal and Hardik Tamore. 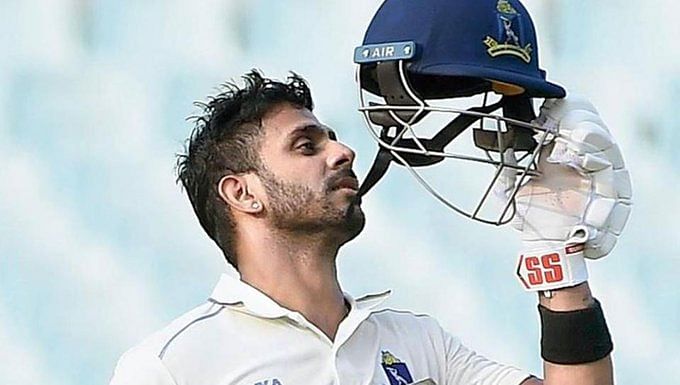