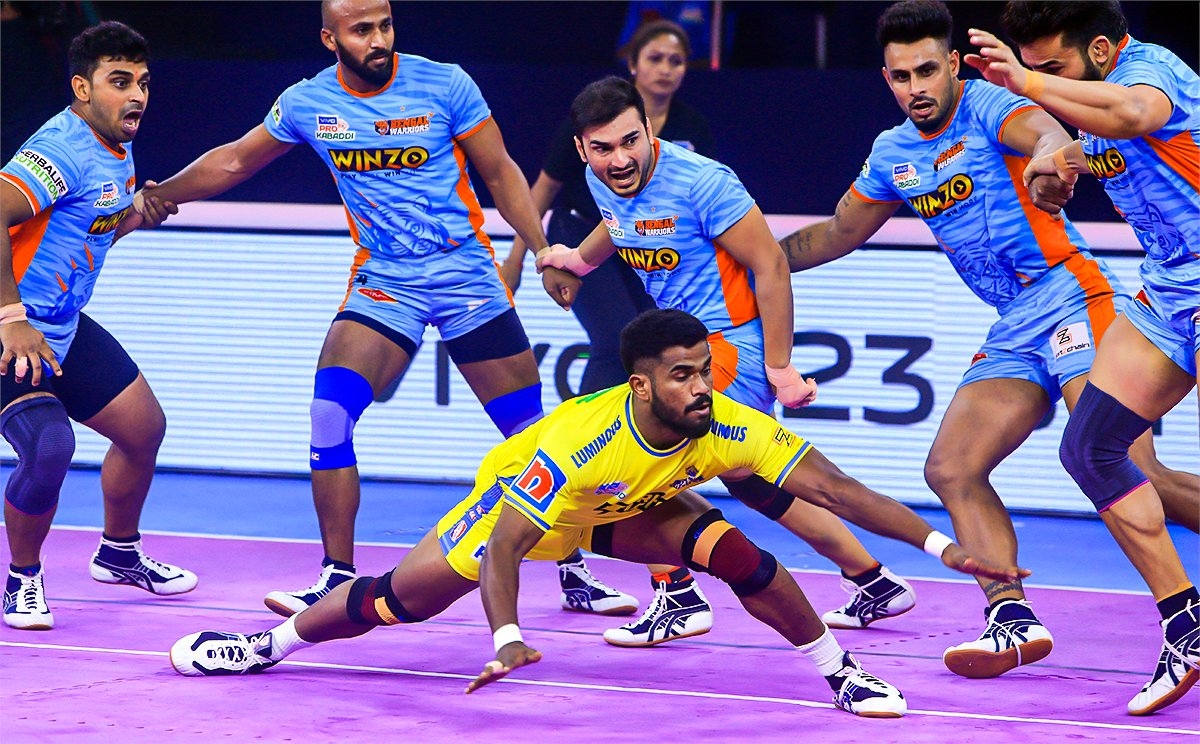 Skipper Maninder got a Super 10 (12 points) while defenders Amit Narwal and Ran Singh controlled the defence to halt their two match losing streak.

The Thalaivas started on the front foot with their defensive combination of Surjeet and Sagar tackling Maninder. That set the tone for the initial minutes with Manjeet raiding sensibly at the other end.

But Narwal produced a stunning Super Tackle in the fifth minute to change the balance of power.

The defending champions built on the momentum and quickly reduced the Thalaivas men on the mat. Surjeet produced two Super Tackles to pick up his High 5 but Bengal eventually got their 'All Out' with seven minutes to the interval.

The Thaliavas kept looking the more proactive side despite trailing and introduced super-sub Ajinkya Pawar to add more fire in the raiding department. The half ended 20-16 in favour of Bengal.

Bengal maintained a 6-point lead at the first Time Out but it felt only a matter of time before either team tried something ambitious.

Ran Singh, returning to the mat after a long injury layoff, produced a stunning tackle in the left corner for Bengal to spark an 'All Out'.

The defending champions ensured there were no slip ups in the dying minutes to win the match comfortably.