Pant in the eye of the umpires; This time for taping between fingers 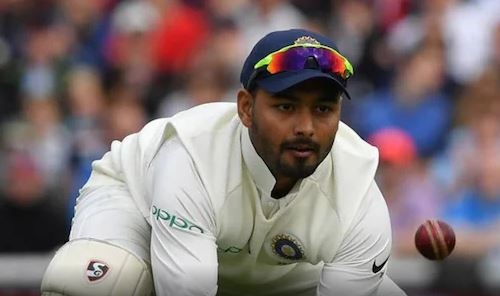 Leeds: Indian wicket-keeper Rishabh Pant was asked to take off the taping between the fourth and fifth finger of his keeping glove on day two of the third Test between England and India. The incident happened shortly before the start of the final session of the day.

The MCC laws do not permit wicketkeepers to tape the fourth and fifth fingers on the glove. Umpire Alex Wharf was in conversation with Pant along with captain Virat Kohli. After that, Pant along with Kohli started to remove the brown taping from the gloves with third umpire Richard Kettleborough watching on.

Law 27.2.1 of MCC Laws of cricket says, "If, as permitted under 27.1, the wicketkeeper wears gloves, they shall have no webbing between the fingers except joining index finger and thumb, where webbing may be inserted as a means of support."

Former England captain Nasser Hussain, who was on commentary duties at that time, offered an explanation for the happenings on the field.

"There's a lot in the laws of the game about the webbing, but we're hearing from the third umpire, Richard Illingworth, that he wasn't allowed and he's not allowed to tape his gloves like that, so they've asked him to take that tape off."

His co-commentator David Lloyd asked for Dawid Malan to be recalled as Pant had taken his catch off Mohammed Siraj with the taping on the gloves. But there is nothing in the laws of the game that could reverse Malan's dismissal on 70 in the 94th over.