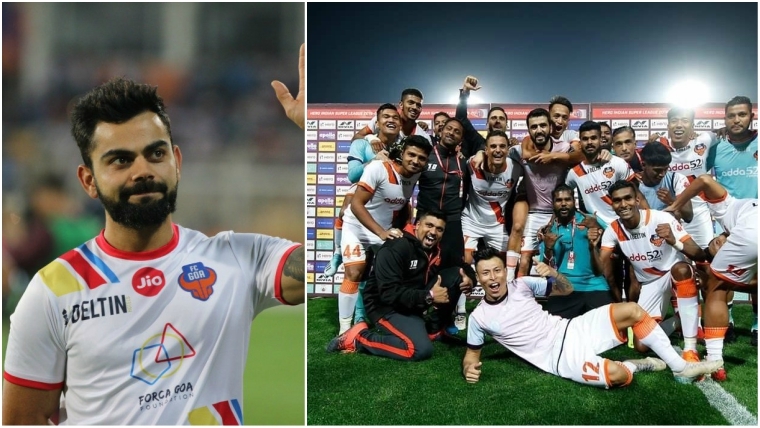 Indian cricket team captain and ISL-side FC Goa’s co-owner Virat Kohli was mighty proud of his boys after they became the first team from the country to secure a berth in the group stage of the AFC Champions League, the continent's top-tier club competition, after beating Jamshedpur FC 5-0 in an Indian Super League match.

Virat Kohli took to his Twitter account to laud the boys. He wrote, “Big ups to the Gaurs on becoming the first-ever Indian club to qualify for the AFC Champions League group stage and topping the ISL League table! Keep putting in the work. We are all behind you. #BeGoa #FCGoainAsia”. The top team at the end of the league stage of ISL has been guaranteed a berth in the 2021 AFC Champions League. FC Goa ended the league phase with 39 points after 18 matches. They are now six points clear of ATK who are on the second spot with 33 points with one match left to play.

Indian clubs like Mohun Bagan and East Bengal have played in the Asian Club Championships but no team from the country has ever played in the group stage of AFC Champions League since its introduction in 2002.

I-League champions used to play in the preliminary/play-off rounds of the AFC Champions League till this ongoing season but none have been able to qualify for the group stage.

"Congratulations to FC Goa for creating history and becoming the first-ever Indian Football Club to qualify for the prestigious AFC Champions League. Their success is testament to the efforts put in by the players, coaching staff and management," she said.