KKR give RCB a Knightmare; Dismal start to Kohli's last stint as T20 captain as KKR feast on RCB's batting collapse to win by nine wickets 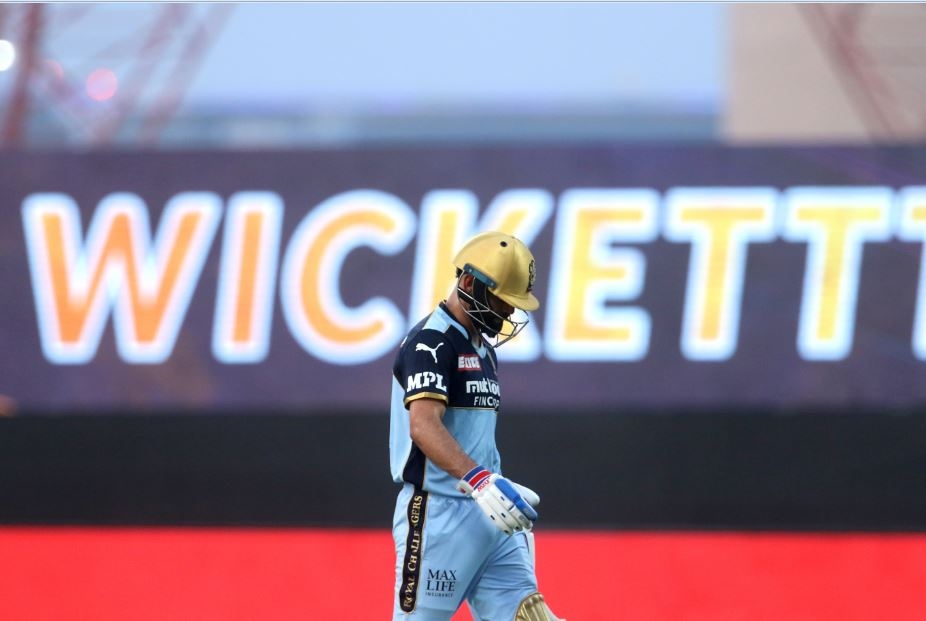 Greetings, dear readers. I'm Thoughtyboy, an IPL fan and loyalist, here to enjoy the tournament with you. Royal Challengers Bangalore arrived with 'This time for Virat' inscribed on their jerseys yesterday. Alright, they didn't do anything like that. But in spirit, they might have wanted to give it all for their 'outgoing captain' against the Kolkata Knight Riders.

None of which, of course, happened last night as RCB folded for 92.

Already, I'm getting phone calls for having a horrendous debut for this paper. Apologies, I couldn't offer you a T20 thriller. Trust me, low scores are not uncommon on those sluggish UAE wickets.

For those who didn't bother to check the outcome of the match, Kolkata sauntered to the target in the 10th over.

Venkatesh Iyer, who had chosen cricket over CA finals, spanked RCB at will and so did Shubman Gill. But I hold Prasidh Krishna responsible for depriving me of a riveting T20 evening.

Krishna, you started it all

Krishna, your delightfully crafted leg-before ball to Virat was a killjoy. Reviews showed the ball would've definitely clipped leg-stump. But I'm not convinced since it concerned Virat. Neither were the RCB fans and the cheerleaders of my imagination. But this is a long tournament. So 'Next time for Virat'.

The new boy on the block, Devdutt Padikkal, flowed beautifully before perishing to a ramp shot. When you can monster the ball the way this prodigious opener does, why aspire for something fanciful?

At the end of the Powerplay, after RCB were 41/2, I was trying to make sense of Sunil Narine's remodelled action. His bowling arm just refuses to lift itself as he runs in. The ball hides behind the backside. Arm reluctant, ball reluctant. Someone better present him a book titled: How to make your body shed inhibitions in T20. How he still manages to do a tidy job with the ball is beyond me.

For me, equally baffling was the way Srikar Bharat batted. If he was sent in as a pinch-hitter, he could neither pinch nor hit, as they say. But what happened after that? AB de Villiers was cleaned up by Andre Russell off a schizophrenic yorker. I had to step out for a stroll to gather myself after what I had seen. I did a last check of the score...sorry, I actually checked AB's age. He is 37. I know such numbers are irrelevant in all AB conversations.

I returned hoping to watch Glenn Maxwell impose himself on the Knights. A friend warned against switching on the telly. He said RCB were unlikely to post 100. Varun Chakravarthy had flattened them with three wickets, including that of Maxwell whose sticks he shattered, besides having a hand in a run-out.

I called a reputed coach to ask what made Chakravarthy so special. “He bowls at a flat trajectory, gets the ball to skid, drift and is accurate. He is in India's T20 World Cup squad for a reason,” the coach enlightened me. “And flight?” I asked. Clearly miffed at my ignorance, the coach barked, “If you want to see flight, go to the airport.”