An Indonesian soccer match on Saturday left 125 dead, most of whom were trampled to death after police fired tear gas to dispel riots, making it one of the deadliest sports events in the world. We take a look at the other major disaster in football history At least eight people died and 38 were injured in a stampede at the Yaounde Olembe Stadium before the host country’s Africa Cup of Nations last-16 game against Comoros. The crush happened as crowds struggled to get access to Olembe Stadium in the capital of Yaounde as Cameroon beat Comoros 2-1 to reach the quarterfinals. 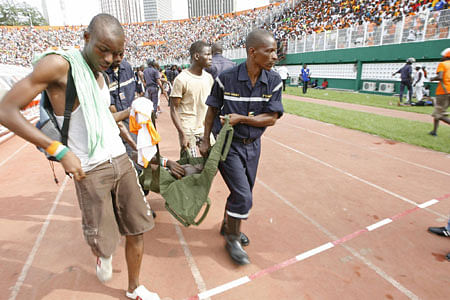 At least 19 people were killed during a stampede at Abidjan’s Felix Houphouet-Boigny stadium before a World Cup qualifying match against Malawi. In an attempt to control a stampede, police fired tear gas into the crowds, who had begun jostling with each other at least 40 minutes before kick-off. The match was particularly popular among locals, with world stars such as Didier Drogba, Sol Bamba and Salomon Kalou due to play for Ivory Coast. At least 43 people were crushed to death when fans tried to force their way into Johannesburg’s huge Ellis Park Stadium midway through a top South African league match. It became the worst sporting accident in South African history. Fans poured into the Ellis Park Stadium in the city of Johannesburg, Gauteng, South Africa, for the local Soweto derby association football match between Kaizer Chiefs and Orlando Pirates. There was a 60,000 capacity crowd in the stadium, but reports suggest a further 30,000 more fans were trying to gain entry to the stadium. 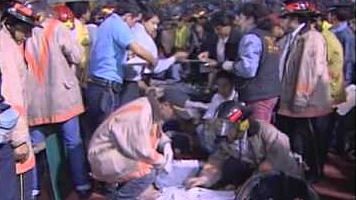 On October 16, 1996, minutes before a 1998 FIFA World Cup qualification match between Guatemala and Costa Rica was to take place, at least 83 people were killed and more than 140 injured as an excessive number of fans attempted to enter the General Sur section, creating a human avalanche into the bottom of the stands, which is separated from the field by a fence. The sale of counterfeit tickets led to the excess of attending public, and the improper design of the building in the event of an emergency caused the fans to stampede and fall onto each other, causing many people to suffocate, in one of the worst tragedies to have occurred in a sports stadium.

Ninety-six Liverpool supporters were crushed to death in an over-crowded and fenced-in enclosure at the Hillsborough Stadium in Sheffield before an FA Cup semi-final between Liverpool and Nottingham Forest. Shortly before kick-off, in an attempt to ease overcrowding outside the entrance turnstiles, the police match commander, David Duckenfield, ordered exit gate C to be opened, leading to an influx of supporters entering the pens. This resulted in overcrowding of those pens and the crush. With 97 deaths and 766 injuries, it has the highest death toll in British sporting history. 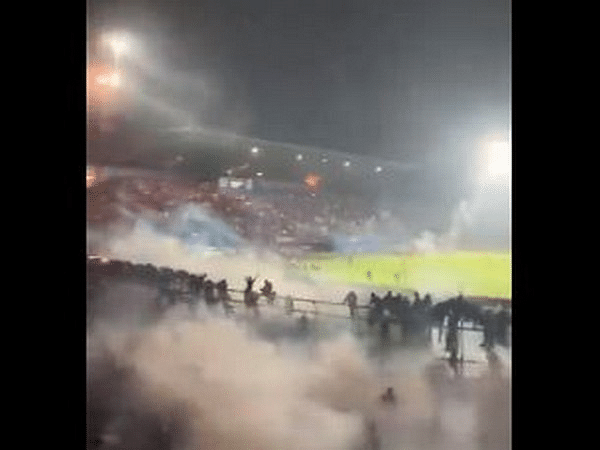