India vs England Second Test Match: Don't mess with us in your backyard 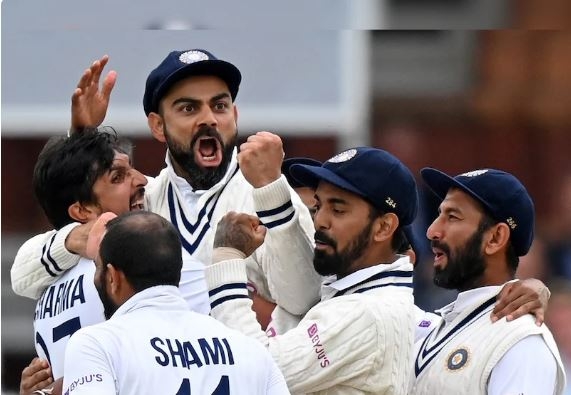 When India defeated England at Lord’s on Monday night in a heroic fight… It brought back many fond memories associated with the Mecca of cricket.

We definitely have a special bonding when it comes to Lord’s and playing against England. And winning against England is simply ethereal be it in real or reel life. India defeated England by 151 runs in a fifth-day thriller in the second Test at Lord’s on Monday registering their third-ever victory in 89 years at Lord's.

Team India has come of age. And this was displayed some time back in Australia when Ajinkya Rahane took over a depleted team, in fact, India’s C team and defeated the mighty Aussies in their backyard (remember what Virat had told Anderson two days ago when the latter was stepping on to the danger zone of the pitch).

At a time when Rohit, KL Rahul and Virat together scored just 46 runs in the second innings, Ajinkya had to take up the cudgels once more and was the highest scorer in the crucial part of the game with a solid 61.

He has anchored Team India in difficult times demonstrating his resolution, grit and courage above all in that epic fight in Australia. And the soft-spoken Rahane had shown enough acumen to become a pain for the Aussie captain Tim Paine in that historic battle.

This team has once again shown that each and every player can be a superstar if required. If a Shami can get three wickets in both innings at an economy rate of 3.65 and grab 2 for 95 in the first inning and secure an economy rate of 1.3 and end up with 1 for 10… the pacer who scored a duck in the first inning replied solidly with a 56 in the second innings to give India the much-needed lead.

Together in the second innings, Shami and Jasprit Bumrah put up a 89-run partnership for the ninth wicket and remained unbeaten.

If the top order faltered with the willow, the bottom order took up the challenge and didn’t crumble.

Lord’s has always been special to us. On the second day of the match when BCCI president, Sourav Ganguly was spotted with Geoffrey Boycott, it brought back memories of a young Ganguly making his debut way back in Lord’s in 1996 and scoring back to back tons in the first two Tests.

Again in 2002, when he came back as a captain, Mohammed Kaif and Zaheer Khan scrambled home to secure the Natwest Trophy… Ganguly did a Flintoff from the famed balcony of Lord’s by waving his T-shirt.

However, not to forget India’s series win against England in 1971, even though the Lord’s Test in that series was drawn.

The icing on the cake was on June 25, 1983 when 24-year-old Kapil Dev Nikhanj lifted the Prudential World Cup by beating the mighty Windies.

All said and done, today we not only have a team with characters but also an equally strong bench strength to rely on. Team India has evolved and the message is loud and clear… Don’t mess with us in your backyard!