The England and Wales Cricket Board (ECB) on Thursday confirmed that leg-spinner Matt Parkinson will be the concussion replacement of left-arm spinner Jack Leach in the ongoing first Test against New Zealand at Lord's Cricket Ground.

It means Parkinson, who has picked 24 wickets in five matches of County Championship, will make his Test debut as England's first-ever concussion substitute after joining the squad from Manchester.

"Lancashire spinner Matthew Parkinson has been confirmed as Jack Leach's concussion replacement. He will join the camp later today and can go straight into our XI," said the ECB through it's Twitter handle.

Earlier, Leach was withdrawn from the Test due to concussion. The incident occurred during the sixth over of New Zealand's innings on day one when left-handed batter Devon Conway edged the ball between gully and backward point. Leach gave chase from backward point region and got to pull the ball back inches inside the boundary rope.

But while doing so, Leach, 30, landed awkwardly on his head while trying to prevent the boundary. After this, Leach went off the field alongside the physio. "Jack Leach has symptoms of concussion following his head injury whilst fielding. As per concussion guidelines, he has been withdrawn from this Test. We will confirm a concussion replacement in due course," said the ECB in a tweet.

New Zealand finished the morning session of the first Test at 39/6 after winning the toss and electing to bat. The collapse of the reigning World Test Championship (WTC) winners marked the start of Ben Stokes' era as Test skipper with Brendon McCullum as head coach. 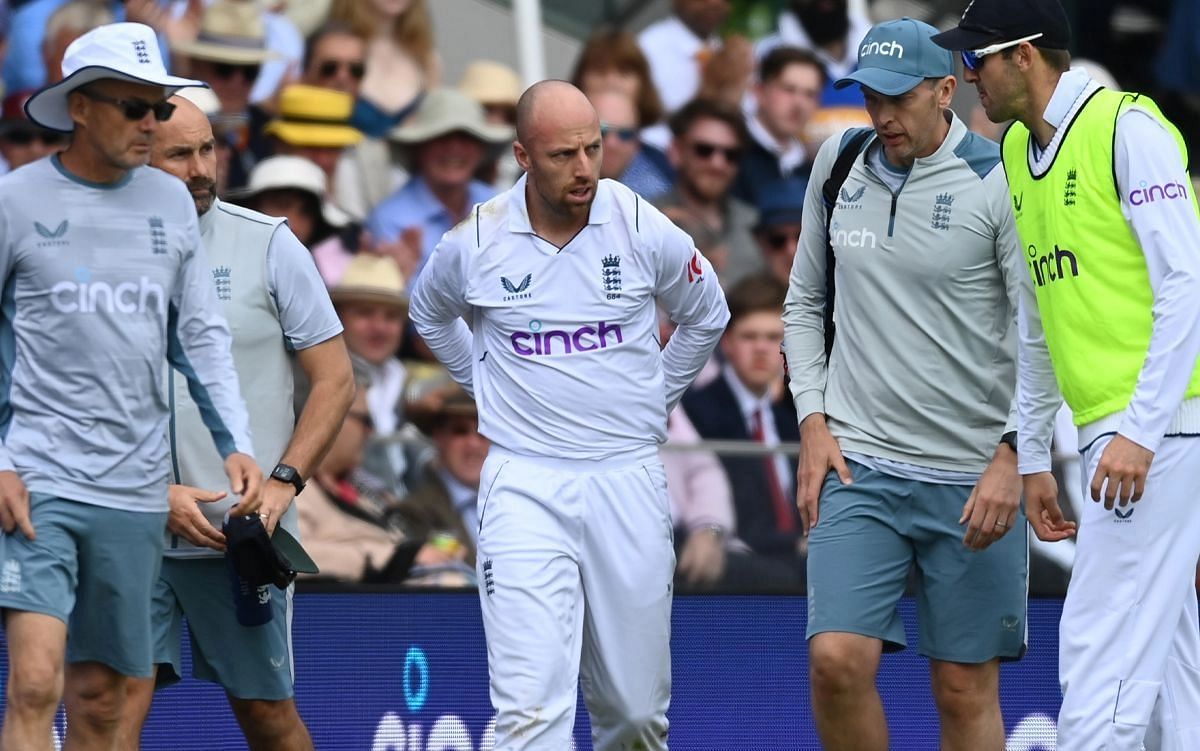