Did you know Dangal, Chak De! India and Lagaan are the highest grossing sports movies in the world for their respective sports? 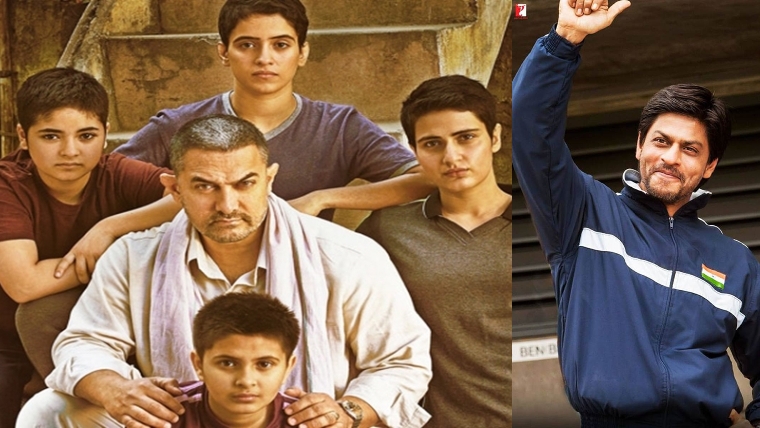 Indian cinema's impact on the world is highly visible with its box office records as three Indian movies are world's highest grossing sports movies for their respective sports.

Aamir Khan's Dangal, released in December 2016, is the the highest grossing sports movie in the Wrestling category.

Helmed by Nitesh Tiwari, Dangal is the biopic of Mahavir Singh Phogat and his family who aspired to win gold medals for India in wrestling.

Singh, a former wrestler, trains his daughter for the Commonwealth Games in hopes of winning a gold medal for his country despite the social concerns it the country.

Starring Shah Rukh Khan, this film follows the journey of India's hockey team skipper Kabir Khan who suffered a disastrous loss to Pakistan and faced the cruelty of his neighbours who drove him away from his family home.

Seven years later, in an attempt to redeem himself, he becomes the coach of the Indian national women's hockey team and aims to become the champions.

Another Amir Khan starrer to be the highest grossing sports movie in cricket category is the 2001 blockbuster 'Lagaan'.

It follows the story of Bhuvan, a farmer during the British Raj, who accepts the challenge of Captain Andre Russell to beat his team in a game of cricket which exempts all the villagers from paying taxes for the next three years. 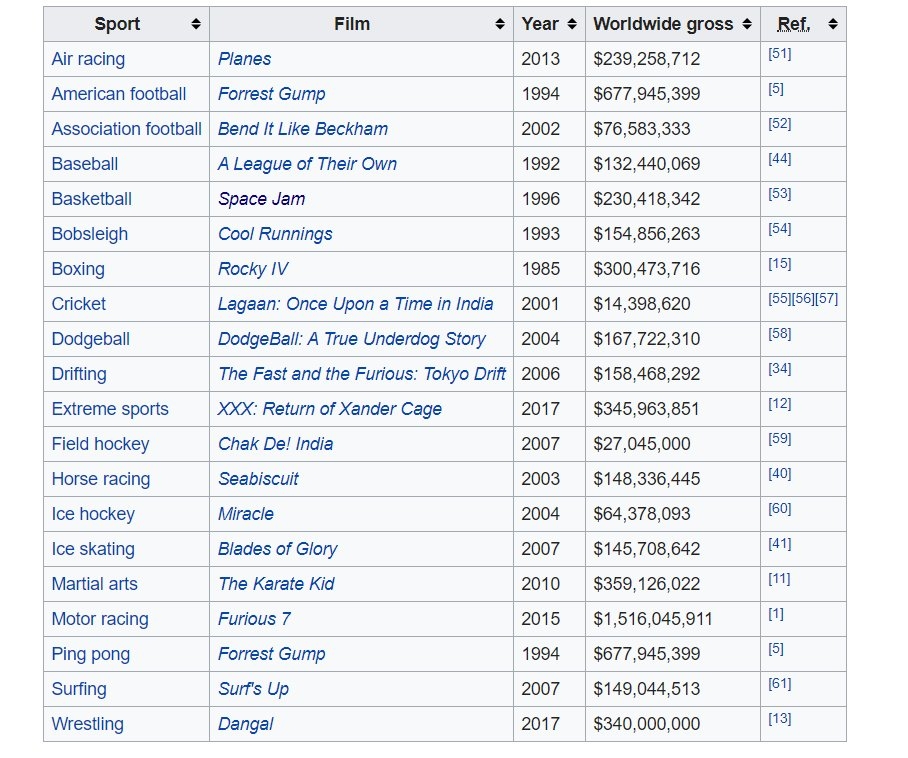 Bend it like Beckham, the highest grossing movie in the Association Football category, is an English film which follows the story of Jess, the 18-year-old daughter of British Indian Sikhs in London.

Anupam Kher plays the role of Jess' father in the movie. Jess wants to follow her dream of playing football but her parents are against it because she is a girl. She joins a local women's team, which makes its way to the top of the league.

Among other films in the list, Furious 7 from the Fast and Furious saga appears to be the highest grossing film in the motor-racing category.

The fact that Furious 7 is in the motor-racing category is wrong as the movies in the Fast and Furious series turned their plot from racing to saving the world from terrorist attacks.