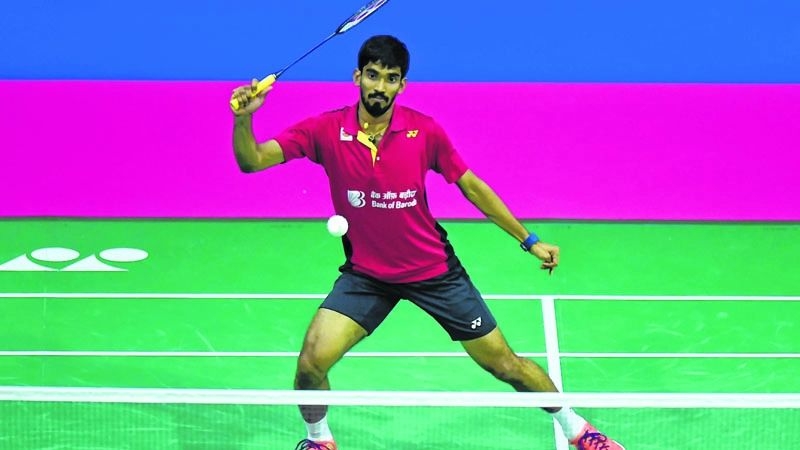 Odense: India badminton player Kidambi Srikanth on Thursday crashed out of the ongoing Denmark Open after suffering a loss at the hands of Japan's Kento Momota.

Mixed doubles pair of Dhruv Kapila and N Sikki Reddy were also knocked out of the tournament after enduring a defeat against Tang Chun Man and Tse Ying Suet.

The Indian pair put up a fighting show throughout the match and was able to stretch their counterparts to three games.

Later in the day, Olympic bronze medalist PV Sindhu will be in action in her round of 16 match.