Deepa Malik: The story of a winner

Raised in an Army family and married to an Army officer, Malik has played every conceivable sport in her life.
Prateek Chakradhar 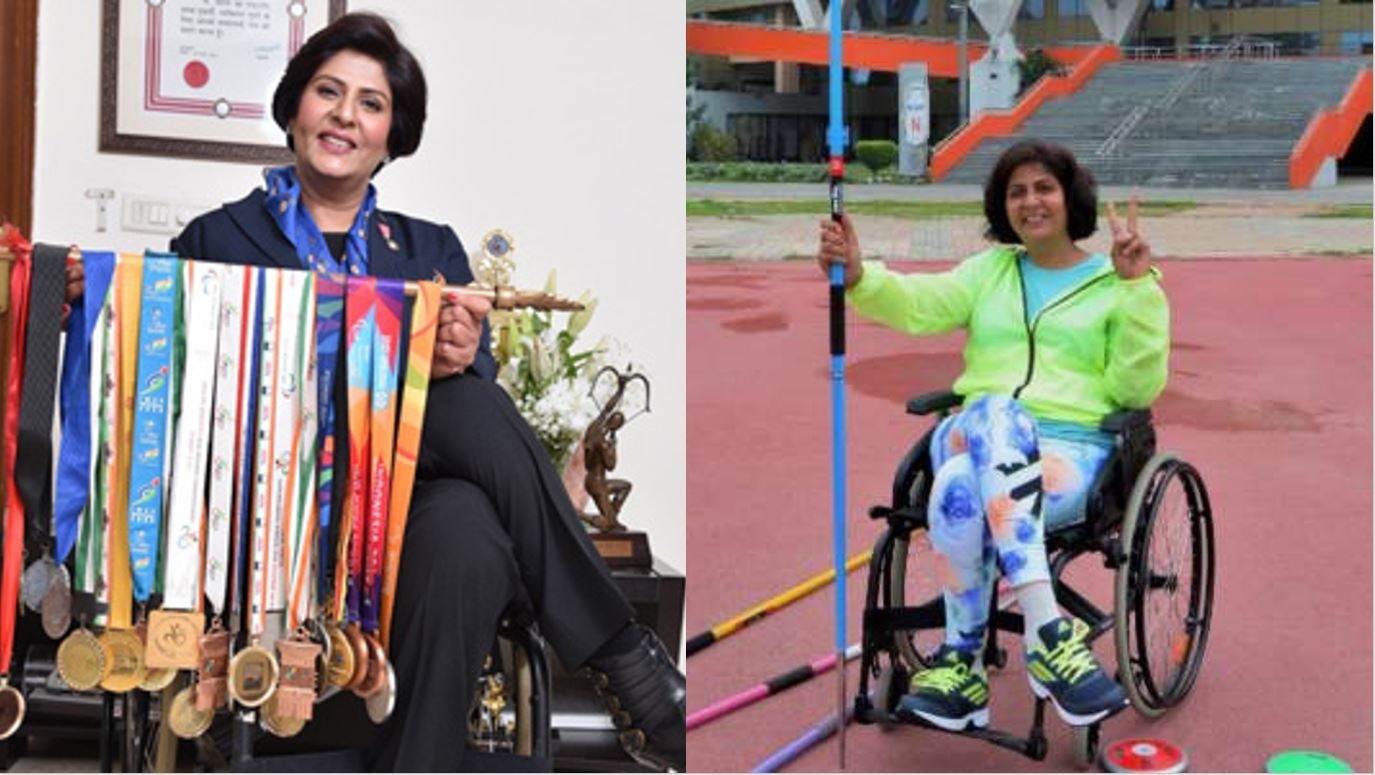 Mumbai: Sport is an integral part of human life, if one is to think about its characteristics, we all are somewhere and somehow participants who are training ourselves for a better future and a better lifestyle. We have role models who inspire us to reach for the greatest things with an aim to achieving something. From our childhood, we participate in different kinds of sports in our schools and colleges not just for our physical fitness, but it also helps us to focus mentally and never give up.

One such super-athlete and a role model for the world is Deepa Malik. Malik was diagnosed with a spine tumor when she was five, and after three years of treatment and physiotherapy she recovered from it, however, her tumor returned at the age of 29 and doctors said that she would not be able to walk after the surgery.

Raised in an Army family and married to an Army officer, Malik has played every conceivable sport in her life. Without losing hope in life, Malik continued to be on her path with an aim to becoming an athlete, and on September 12th, 2016 at the age of 45, Deepa scripted history by becoming the first Indian woman to win a medal in the Paralympic games. She won a silver in Shotput in the 2016 Ripo Olympics. The winning boosted her confidence and at an age when most of the world athletes consider giving up or retire, she was just getting started.

Malik began her sporting career at the age of 30 and excelled in not one, but in multiple sports categories including Shot put, Swimming, Javelin throw, Discuss throw, and even Motorcycling. Overall, she has won 18 international and nearly 54 national medals in various sporting events. She also won gold in the Javelin event at the para athletic Grand Prix held in Dubai in 2018. She is currently the world number one in the F-53 category.

She has won recognition for her participation in various adventure sports. She is associated with the Himalayan Motorsports Association (HMA) and Federation of Motor Sports Clubs of India (FMSCI). She has 4 Limca world records registered in her name. Malik became the only Indian woman and para-athlete to win three consecutive Asian Para Games (2010, 2014, 2018).

She is also the first physically challenged individual in the country to receive an official rally license from the Federation Motor Sports Club of India (FMSCI) and become a navigator and driver in the toughest car rallies of the country.

She is a member and participant of various foundations that include sports and physical education under the Ministry of Sports in India.

If this was not enough, Deepa has also received several other awards and recognition. She was awarded the prestigious Arjuna Award in 2012 and the prestigious Padshree award in 2017. He also received the First Ladies award from the Ministry of Women and Child Development and India's highest sporting honour Major Dhyan Chand Khel Ratna Award in 2019. In 2020, Deepa Malik was named the President of the Paralympic Committee of India (PCI).

These are awards and championship medals in her name that only a few in the world may have achieved so far. A mother of two, Deepa Malik continues to inspire our and future generations.