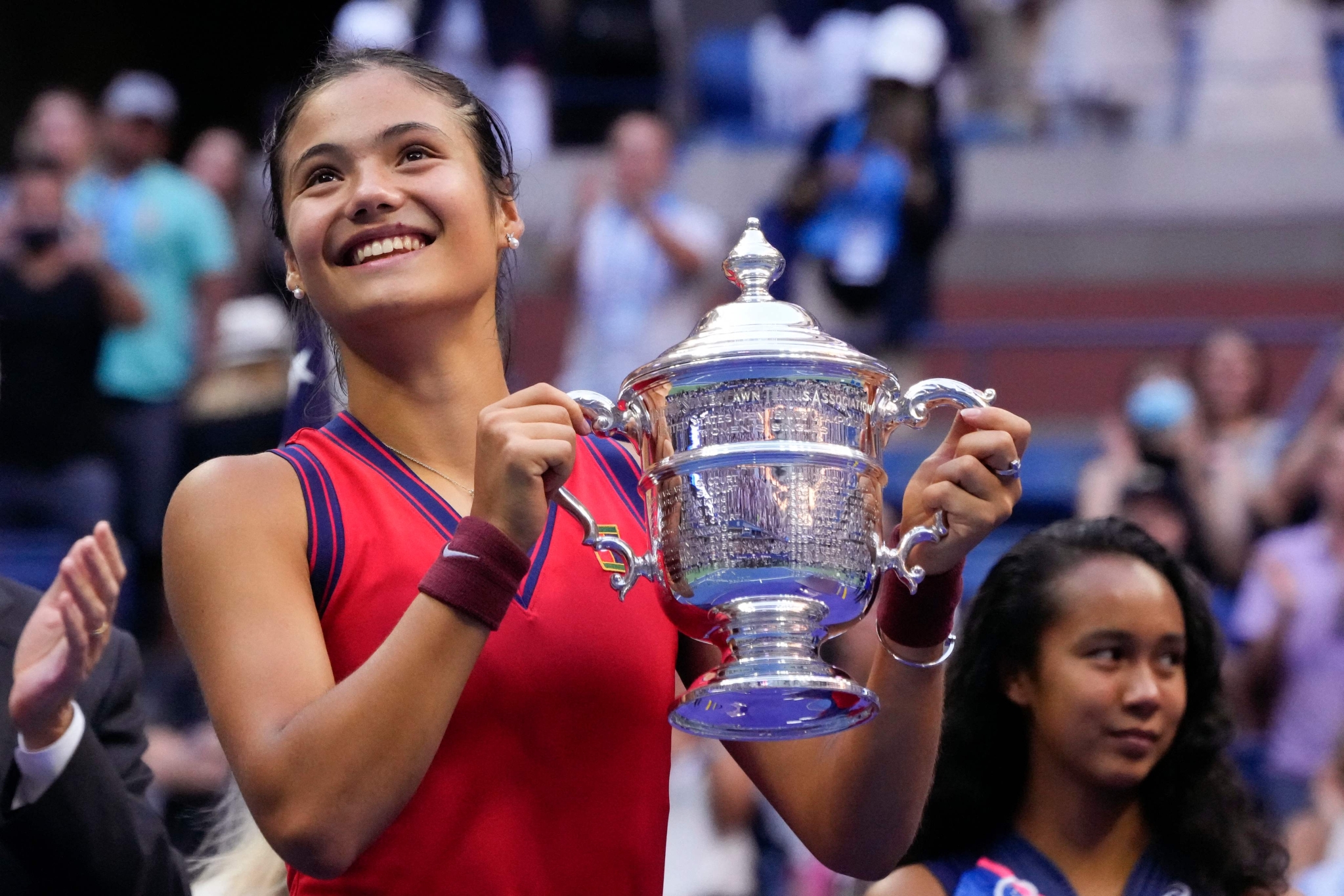 Great Britain's Emma Raducanu, who had made her debut in Nottingham just three months ago, emerged the new US Open women's champion, defeating 19-year-old Leylah Fernandez of Canada 6-4, 6-3 in an all-teenage final to win her first Grand Slam title and her first tour-level title overall on Sunday (IST).

She is the first woman to win the US Open without dropping a set since Serena Williams in 2014. Raducanu is also the youngest Grand Slam champion since Maria Sharapova of Russia won the 2004 Wimbledon aged 17. Ranked world No.150, Raducanu is the lowest-ranked player to win the US Open title since an unranked Kim Clijsters of Belgium earned the first major of her comeback in Flushing Meadows in 2009.

Raducanu is projected to reach a world ranking of 23 on Monday. She is also the first British woman to win a Grand Slam singles title in over 40 years. In a candid post-match press conference, Emma wished that her parents were in New York to watch her win the final after draconian Covid rules kept them in Britain. Life will never be the same again for the teenager, who was born in Canada and moved to London when she was just two, as she claims a £1.8million cheque.