The Bullets were trailing Odisha Warriors 1-3 but they got their act together right in time to win the match and end the league phase with 18 points.
PTI 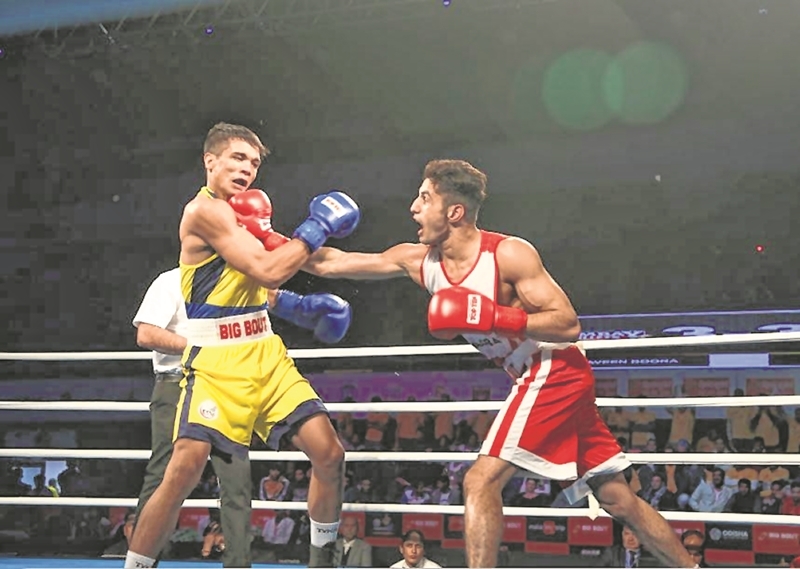 New Delhi: Bombay Bullets staged a great recovery to become the first team to secure a berth in the semifinals of the Big Bout Indian Boxing League with a 4-3 win over Odisha Warriors here on Monday.

The Bullets were trailing Odisha Warriors 1-3 but they got their act together right in time to win the match and end the league phase with 18 points.

Big Bout debutant Rohit picked up the first of the four points for the Bullets with a close win against Pramod Kumar, while Kavinder Singh Bisht (57kg), skipper Ingrit Lorena Valencia (women's 51kg) and Naveen Boora (69kg) pulled the side from the edge of the cliff with narrow victories in the last three bouts of the match.

Odisha Warriors would rue their inability to convert the early advantage that Jasmine (Youth Women's 57kg), Deepak (52kg) and Sandhya Rani (women's 60kg) had earned for them.

They finished the league with 16 points, praying that either NE Rhinos or Punjab Panthers do not add a point in their final match to the 15 that both had already collected.

The card for the night entailed that Odisha Warriors have to wait until the final bout to discover if their ploy of fielding Vijaydeep in the 69kg bout pays dividends.

Needing to win the match to gain an edge in the race for the semifinals, the Warriors' faith in debutant Vijaydeep instead of Jakhangir Rahkmonov, was not justified as Naveen Boora battled his way to a unanimous win. Odisha Warriors also backed the youthful energy of Mohammed Ibrahim and Gaurav Solanki's experience .