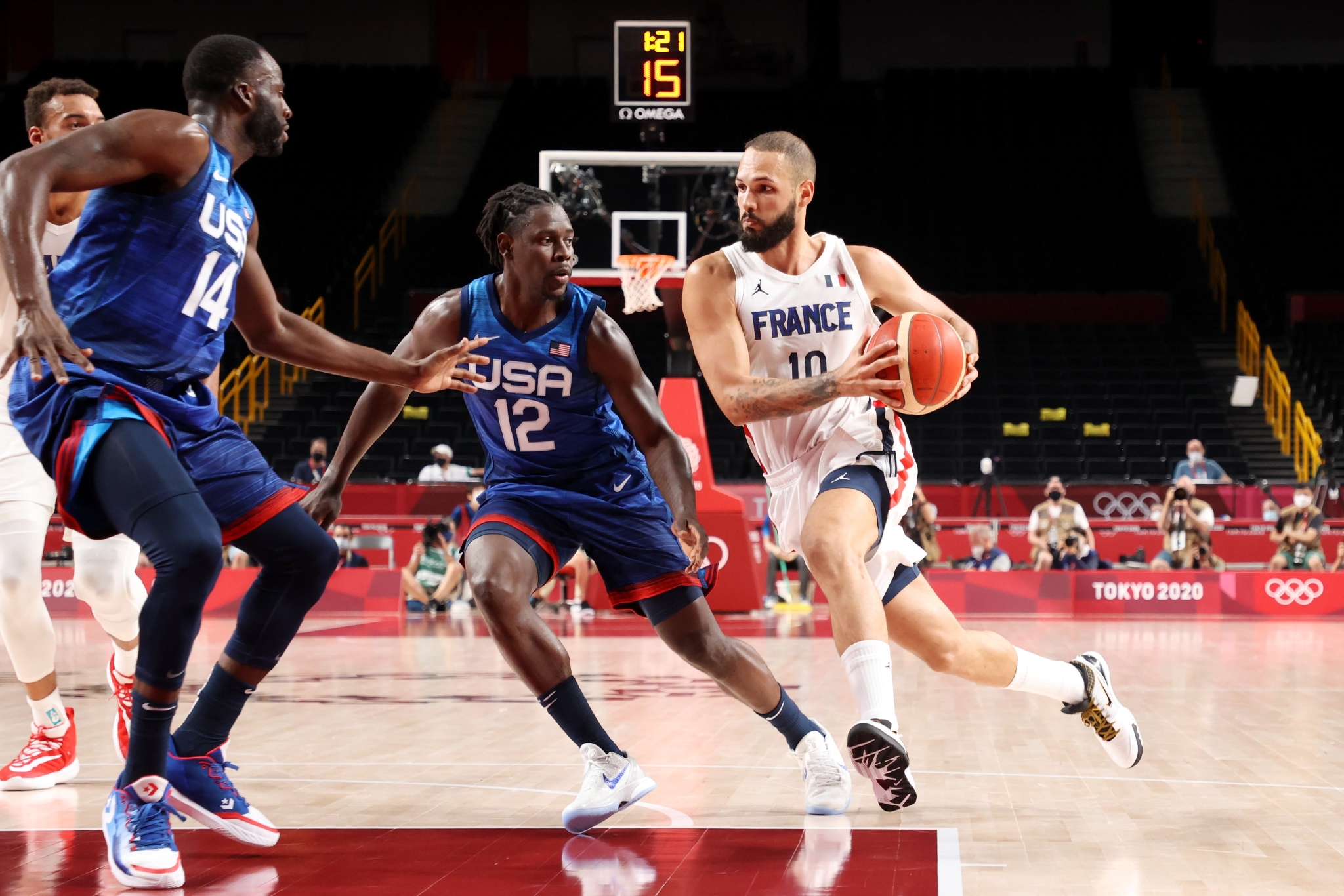 Tokyo, July 26: Defending champions the United States fell on their first test at Tokyo 2020 as they lost to France 83-76 in the men's basketball competition.

Damian Lillard made a foul when Team USA trailed 78-74 with 17 seconds to go, before France cruised to score three points to nail down the victory, reports Xinhua.

This was only the first loss for Team USA since the Athens 2004 Games. They now have a 138-6 record in Olympic history.

"I'm not surprised, I'm disappointed," said US coach Gregg Popovich. "There are lots of good teams in the world and the gap of talent between the teams and the US shrinks every year. We're not consistent and we need to work and to get better."

Kevin Durant had 10 points and 1-from-6 from outside the paint, and Lillard had 11 for the US, who were led by Jrue Holiday's 18 points.

Evan Fournier had a game-high 28 points to carry the French to one of their biggest wins at the Olympics.

Rudy Gobert opened the scoring for France, who hung on for a 9-6 lead before the US took the control of the game.

The Americans used a 13-2 run to take an 18-11 lead and tried to fly high with their typical solid defence and fast breaks to widen the gap.

But France took everything to keep the opponents on the ground as the US did not have a double-digit lead until Holiday's 3-pointer put them 45-35 ahead with 49 seconds left in the second quarter.

Kevin Durant fell to an early foul trouble as his team led 45-37 before the break. France closed the gap to 49-47 midway into the third quarter when Durant picked up his fourth foul.

Nando de Colo's 3-pointer gave France their first lead in over 20 minutes for 55-54. Despite only shooting 1-out-of 11 from behind the arc in the first half, France then buried three 3-pointers in row to end the third quarter 62-56 ahead.

Tied on 63-63, Durant buried a technical free-throw, Holiday made a 3-pointer on the following possession and a running layup for a 6-point lead in favor of the U.S..

But France chased back again when Fournier's 3-pointer and de Colo's two free-throws made it 78-74 for France with 21.8 seconds to go, setting themselves up to close out a famous win.

"I want to thank my players," said France head coach Vincent Collet. "They didn't give up. They had an amazing game. I don't want to use big words [to praise them], but they did some good shots at the end."