After fellow cricketers guessed the stay to be 'Crown Perth', the Australian hotel reportedly apologised and fired the staff who breached the privacy of Virat Kohli.

Former India captain Virat Kohli took to his Instagram page sharing a video of privacy breach during his stay in Australia amidst the clash between India and Australia. Soon after the leaked footages from his hotel room were captured and leaked by an alleged fan, Virat and his wife Anushka Sharma along several others slammed the incident and hotel security.

Fellow cricketers like David Warner guessed the stay to be 'Crown Perth', a hotel in Australia. Meanwhile, in a statement accessed by media, Crown Resorts said that it was aware of the incident and confirmed the footage being filmed by a contractor working at its Burswood hotel and casino complex.

The statement released by the Australian hotel on Monday afternoon was an apology towards the incident, following the say that the contractors involved have been stood down and removed from the Crown account. 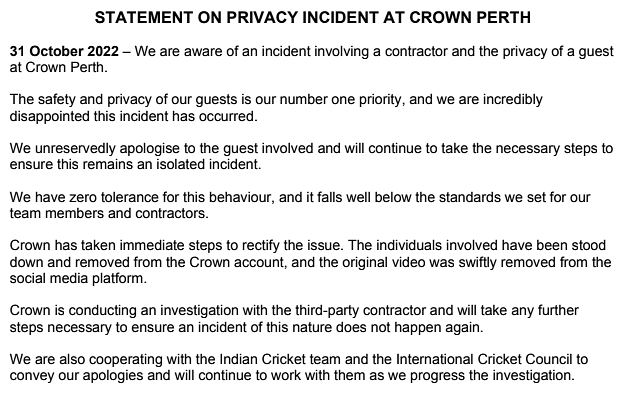 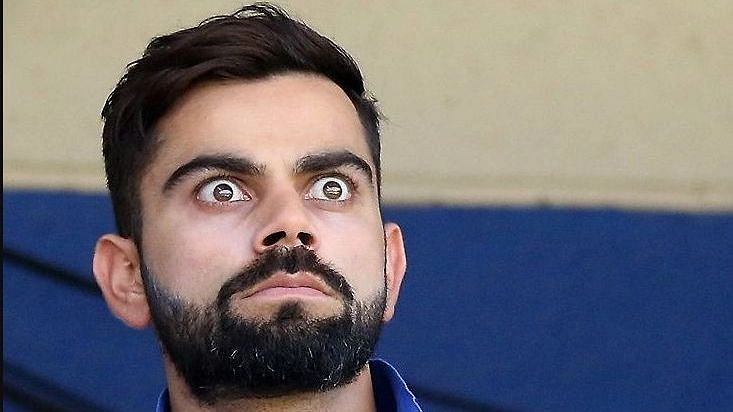