Ashwin explains his absence; 'I was asked to be ready in London but then it started pouring' 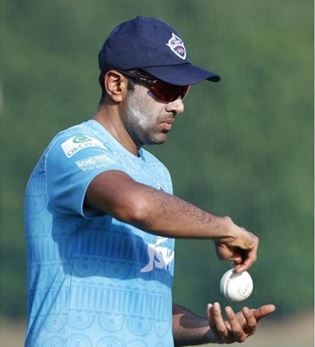 London: Senior India off-spinner Ravichandran Ashwin said that he was asked to be ready for the second Test against England due to the prevailing heat wave in London but the steady showers on match day put a spanner on his hopes of making it to the playing XI.

India persisted with their four pacer strategy which worked well as 19 wickets were picked up in 151-run victory.

"What was the weather forecast for the match?

Heatwave. The funny thing was, before the match, they were telling me, Heat wave, neenga readya irunga (meaning there's a Heat wave. You please be ready mate. You might play)."

"When we came to have breakfast, it was pouring...," he said on his YouTube show 'KuttyStory' with Indian fielding coach R Sridhar, adding "weather is not in our hands."

He was apparently referring to his not being picked keeping the weather conditions in mind.

Sridhar, in response to a question, said the team had a "great bowling attack" and "to keep the world's best spinner out of the XI is not easy."

Discussing the 151-run win at Lord's which gave India a 1-0 lead in the five-Test series, the two agreed that openers - Rohit Sharma and K L Rahul played a key role.

"Rahul came out and played like a dream," Ashwin said of his getting into the team following an injury to state-mate Mayank Agarwal in the nets.

Meanwhile, Sridhar said, "Rahul was the 4th opener going into the series, but his preparation has been extraordinary. I have been feeding him a lot of throwdowns.

On his part, Ashwin lavished praise on Rohit Sharma and said "Also, a word on Rohit's defence this series. Rohit has played the cover drives, pulls, etc. All those are glorious. When Rohit bats, we all know he oozes class. But coming to his defence, it feels as though the bat is falling from his hand..."

Sridhar said Rohit practised a lot and had the drive to succeed in England.

"Hands in the pocket! The hands don't come out. The hands are held so close to the body, whether it is leaving the ball or playing the ball. He had practised that a lot!

"He practised it so much that he started getting a pain in the wrist. In ODIs, his back-lift is slightly bigger and his hands are away from the body, but he had that drive to succeed in England and to be known as a versatile opener. Technical adjustments, hands close to the body, cocking of the wrists. He's done it all.

"He's willing to go through the pain barrier, but it's paying too. What batting man! Two openers like that. I have not seen such a good opening partnership in a long time. Rohit Sharma practised it a lot. made technical adjustments. I have not seen such an opening partnership, at least in my time," Sridhar added. Ashwin and Sridhar also hailed the role played by Mohammed Shami and Jasprit Bumrah with the bat in the second innings with a spirited partnership and their role along with Mohammed Siraj and Ishant Sharma in fashioning the memorable victory.