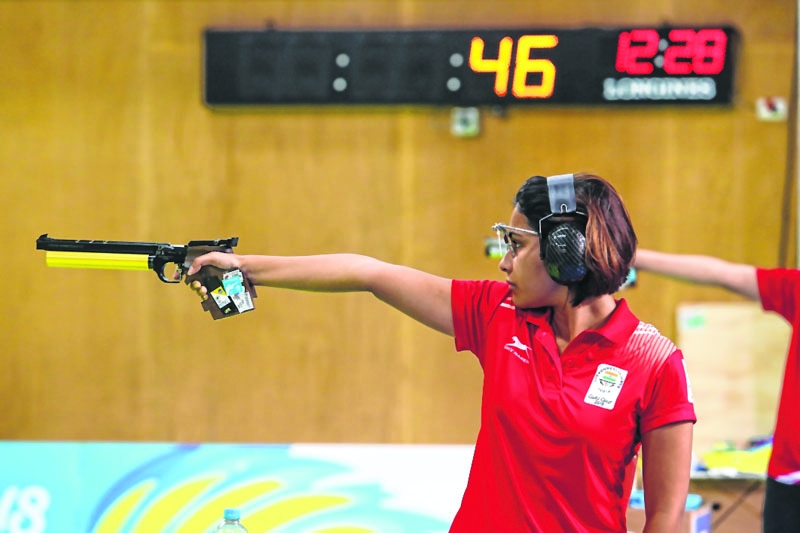 Tokyo: India's 10m air pistol sensation Manu Bhaker and Yashaswini Singh Deswal failed to qualify for the final, finishing 12th and 13th respectively on the second day of the Olympic Games at the Asaka Shooting Range here on Sunday.

Ranxin Jian of China topped the qualification round with a score of 587.

The Jhajjar-born Manu looked in great touch in the first series, shooting a superb 98, but a weapon malfunction in the second series -- which cost her five minutes - broke her rhythm and she had a poor second series of 95.

The third consecutive poor series (95 in the fourth series) pushed her further down, but the Youth Olympic Games and Commonwealth champion, made a desperate attempt to claw back in the fifth series with a 98, embellished with eight perfect 10s.

The Indian was on the brink of qualification in ninth spot in the sixth and final series, and another score of 10 on the last shot could have pitchforked her into the finals comprising of top-eight shooters, but pressure got to her and she had a rank bad final shot of 8, which cost her a place among the top-8 in her maiden Olympic appearance.

Yashaswini Deswal, also making her Olympic debut, showed glimpses of brilliance but was largely inconsistent, starting with a patchy 94 with only four 10s in the first series. But her recovery was quick in the second series of 10 shots as she scored 98 with the help of seven consecutive 10s.

But inconsistencies continued to plague her all through the qualification, having another poor series of 94, with two rank bad shots of eight. The Delhi-born girl took the lead over Manu Bhaker briefly during the fifth series but inexperience at the highest level showed and the Indian challenge ended in what was being touted as another strong medal hope for the country. Badminton at Tokyo Olympics: P V Sindhu opens her campaign with a win over Israel's Ksenia...