After fighting depression, Kamalpreet Kaur in striking distance of fetching Athletics gold for India at Tokyo 2020

Kamalpreet Kaur reacts after her second throw during discus throw qualification round in Tokyo on Saturday. | AP
Follow us on

New Delhi, July 31: The COVID-19 lockdown had wreaked havoc on her mental health to such an extent that discus thrower Kamalpreet Kaur had started trying her hand in cricket to handle the psychological toll of the shutdown.

But discus remained Kaur's first love and now she stands within striking distance of fetching India a historic athletics medal at the Olympic Games after qualifying for the finals with a 64m throw, a brilliant effort.

The 25-year-old was ahead of defending gold-medallist Sandra Perkovic (63.75m) of Croatia and reigning world champion Yaime Perez (63.18) of Cuba. She was one of the only two automatic qualifiers for the final round to be held on August 2, the other being American Valarie Allman (66.42m).

Hailing from Kabarwala village on the Malout-Abohar national highway in Punjab, Kaur was born to a humble farmer family.

Towards the end of last year, Kaur was feeling frustrated as she remained idle without competitions due to the COVID-19 pandemic. She was experiencing depression and had started playing cricket in her village.

"There is a SAI Centre at Badal near her village and we have been training there since 2014 till last year. Due to COVID, everything was shut down and she was feeling depressed (last year). She wanted to compete, especially in Olympics," Kaur's coach Rakhi Tyagi told PTI.

"She was feeling restless and it's true she started playing cricket but that was not for any tournament nor for becoming a professional cricketer. She was just playing cricket at her village playgrounds," she said.

Tyagi, a Sports Authority of India coach, could not accompany Kaur to Tokyo as her name was not in the long list submitted to the Olympics organisers months back, but she felt her ward can win a medal this time if she produces her best performance.

"I speak to her everyday, she was a bit nervous today as it was her first Olympics and I am also not there with her. I told her not to take any pressure and just give her best. I feel a high 66 or 67m can fetch her and the country an athletics medal." Kaur, who is employed with the Railways, has been in impressive form this year.

She threw 65.06m during the Federation Cup in March to break the national record and become the first Indian woman to breach the 65m mark.

Then in June, she bettered her own national record with a throw of 66.59m during the Indian Grand Prix-4 to be at world number six.

Kaur, who stands at 6'1", was earlier reluctant to pursue athletics, due to poor financial condition of her family and her mother's initial opposition but took it up after her farmer father Kuldeep Singh supported her.

It was her sports teacher at her school at Badal who initiated here to athletics making her compete in zonal and district level meets in 2011-12.

Kaur agreed but she decided she will not put additional financial burden on her father, who looked after a joint family.

In 2016, she won her first senior national title, claiming gold in the Open Nationals in Lucknow with a throw of 54.25m.

She kept on winning senior national titles in the next three years before suddenly exploding on the scene early this year, when she shifted her training base to NIS Patiala.

Before departing for Tokyo, Kaur had sought advice from Commonwealth Games gold-medallist Krishna Poonia, who is the best performer in the sport in the Olympics till now.

"She asked how to go about in Olympics. Since it was her first Olympics, it seems she was a bit tense. I told her just play with a free mind, don't think about a medal, just think to do your personal best," Poonia, who finished sixth in 2012 Olympics final, said.

"She has a bright chance to win a medal. That will be the biggest moment in Indian athletics and women of the country will start taking up discus throw and athletics. I am keeping my fingers crossed," added Poonia whose long standing national record was broken by Kaur in March.

"Her physique, height, arm length and strength, all that you need for a top discus thrower is there in her. If she does her personal best in final, it is 100 per cent sure she will win an Olympic medal in Tokyo," he said. 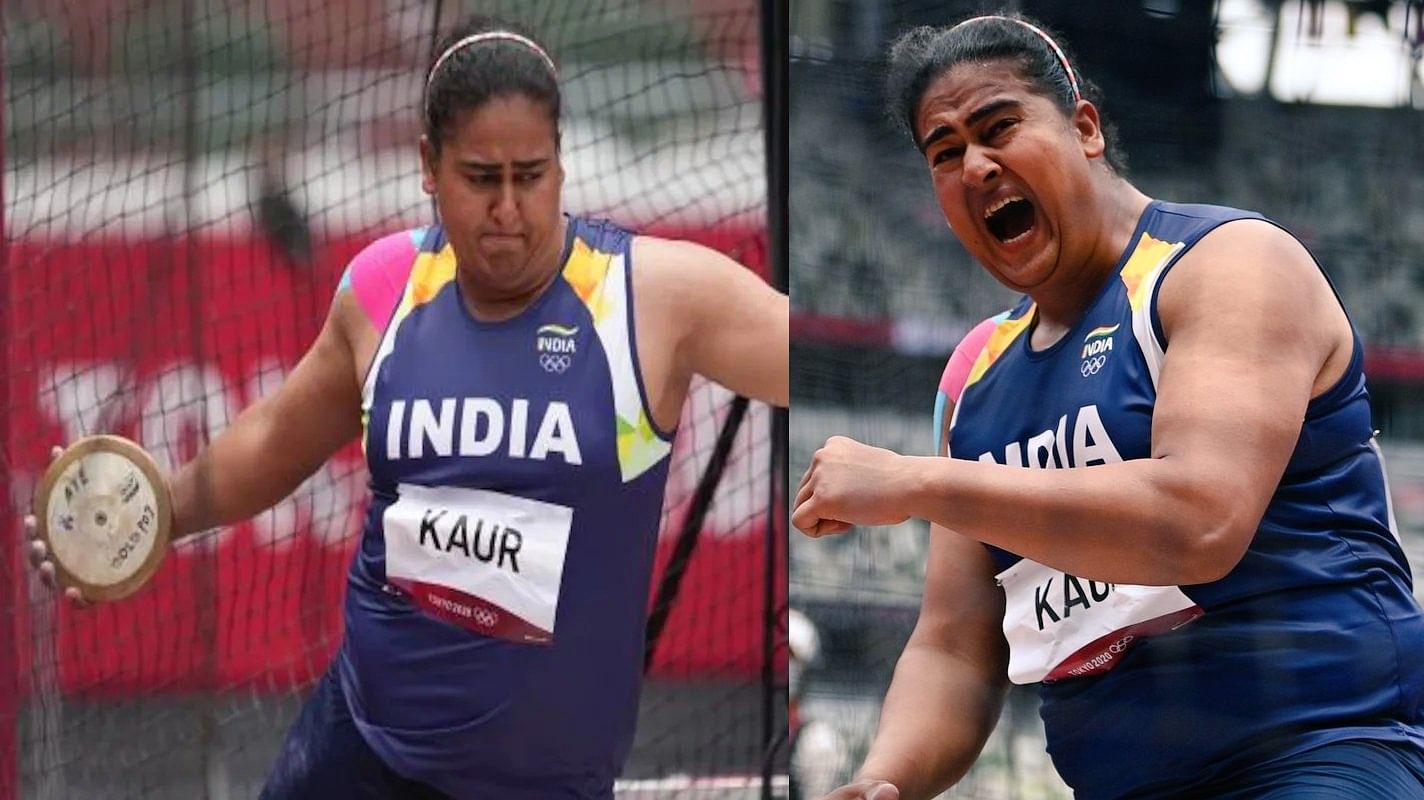