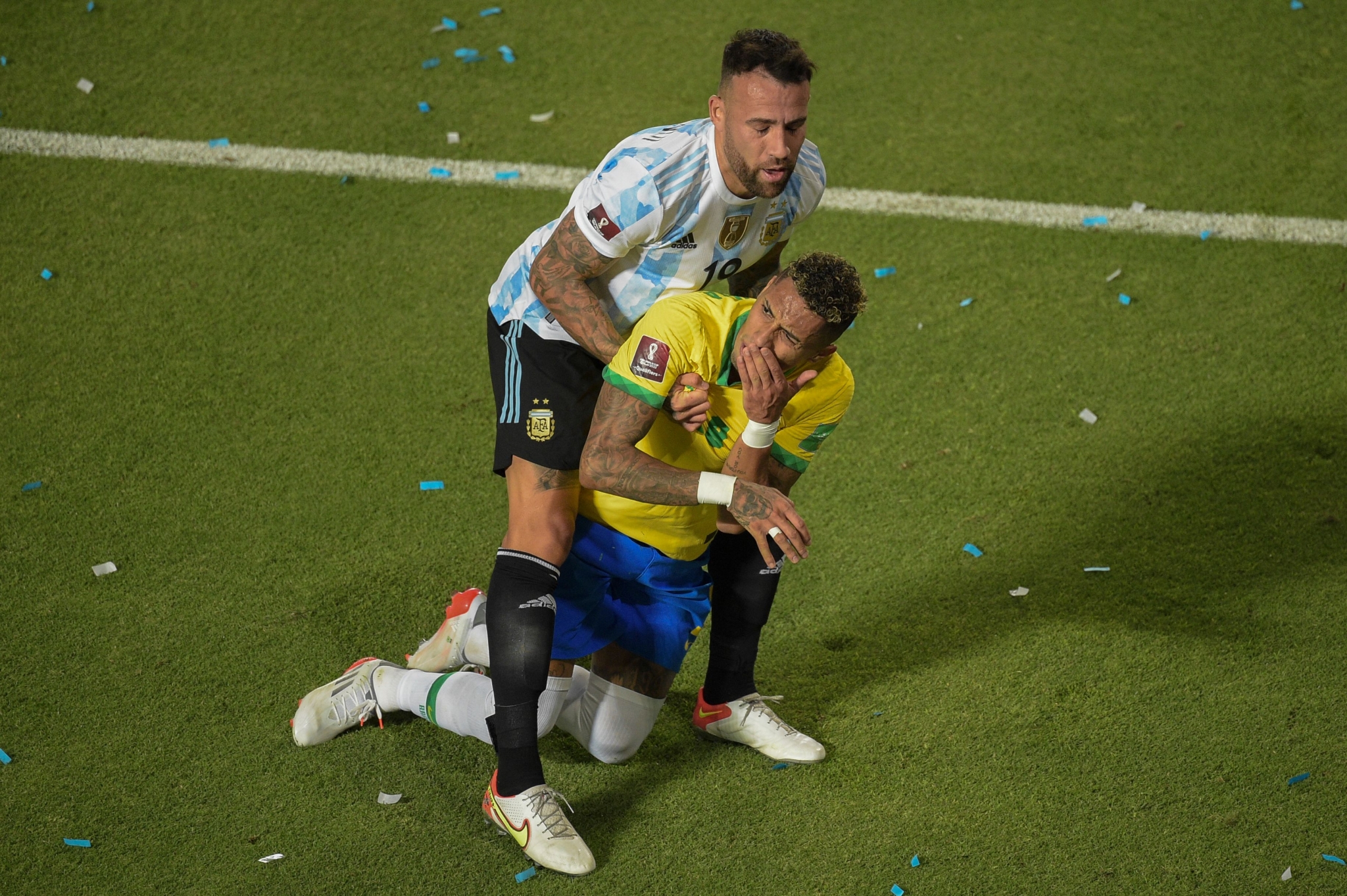 Argentina's Nicolas Otamendi (L) lifts Brazil's Raphinha from the ground after hitting him on the face | Photo: AFP

The decision relates to an incident in which Argentina defender Nicolas Otamendi struck Brazil forward Raphinha with an elbow to the face during the first half of Tuesday's match in San Juan, which ended in a goalless draw.

The knock left Leeds United’s Raphinha with a bloody wound in the mouth that required five stitches at halftime. 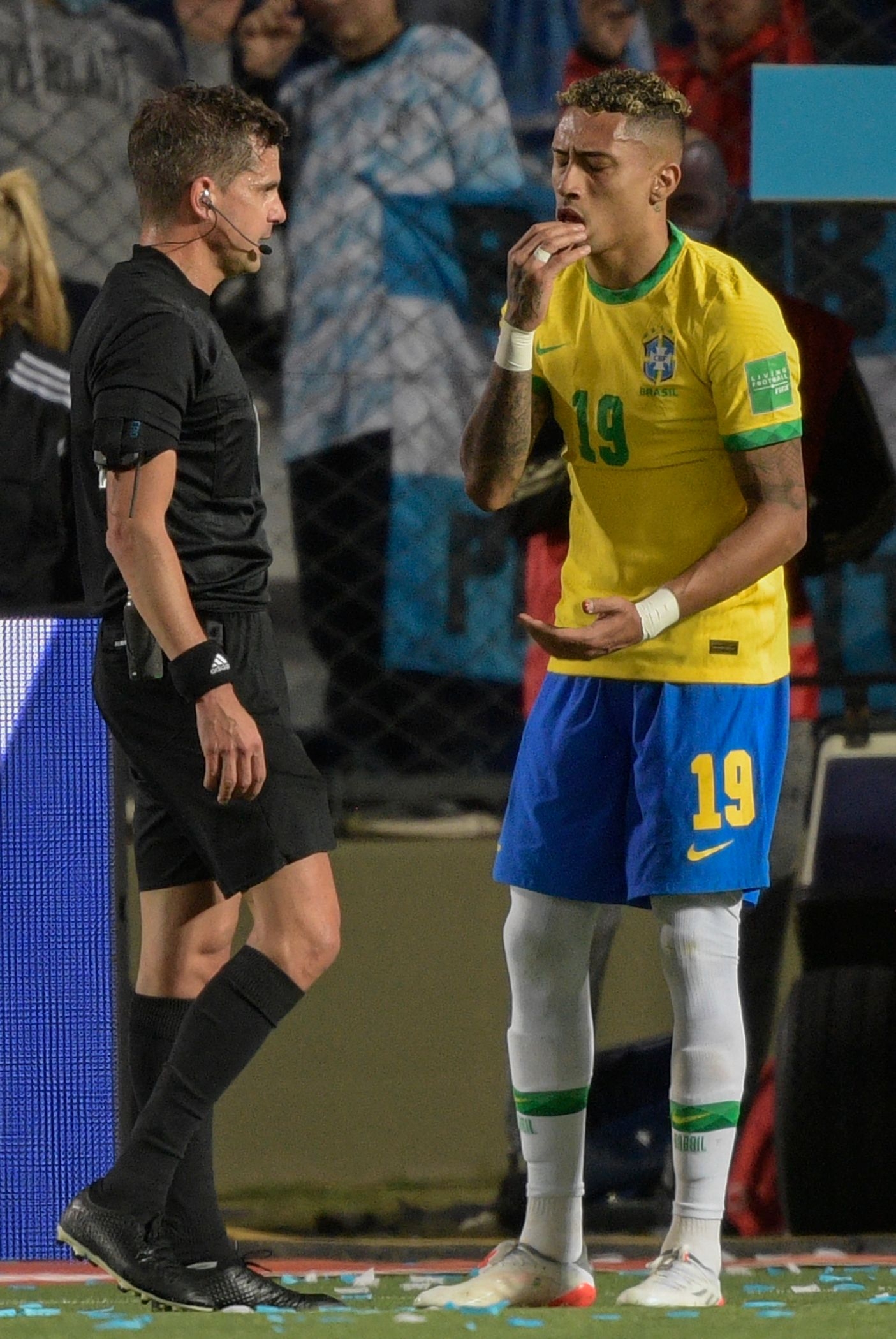 In a video released by CONMEBOL on Wednesday, Ostojich is heard telling Cunha that he considered the foul a “yellow-card offense.” Despite the recommendation, Cunha opted not to caution Otamendi, nor did he award a free-kick against the Benfica center back, reports Xinhua. 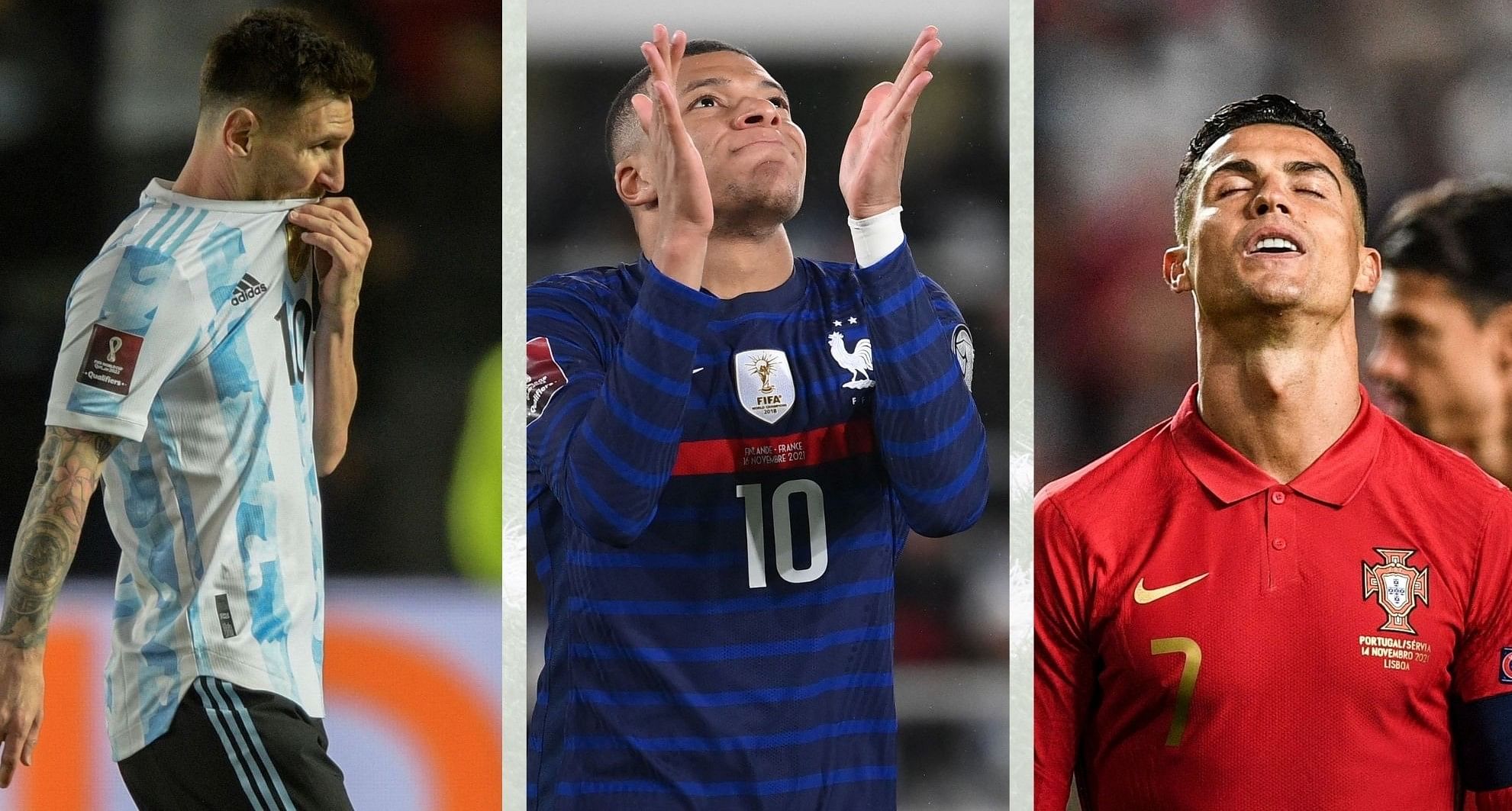 2022 FIFA World Cup: Who has made the cut, who hasn’t and who faces a nervous wait

“The performance of the chief referee, Andres Ismael Cunha Soca Vargas, and the [video assistant referee], Esteban Daniel Ostojich Vega ... was technically analyzed by [the referees’ committee], which concluded that they committed serious and manifest errors in their duty,” read a CONMEBOL statement.

It said that Otamendi had “put at risk the physical integrity” of the Leeds United player, adding that both match officials were suspended “indefinitely.”

The Brazilian Football Confederation said on Wednesday night that it would send an official complaint to FIFA and request that Otamendi be banned.

Brazil manager Tite told reporters after the match it was “inconceivable” that the referee chose not to take action after consulting the video assistant.