The Sacrifice of Jesus and His Ascension: NJ Reddy, founder of Yoga Prana Vidya

On the day of crucifixion, the sacrifice made by Jesus brought transformation for the entire humanity.

During the Dark Age or kali yuga, while living life in the lower emotions and associated thoughts, like, fear, doubt, insecurity, pessimism, resentment, frustration, anger, lack of forgiveness, hatred, jealousy, enviousness and stress, mankind created a cloud of heavy, dark energy called the dweller on the threshold around the planet Earth. This built-up energy clouded the mental, emotional planes and partially the etheric plane, as all the planes are inter-linked. This energy was so dense that it prevented the Divine energy from coming down to our planet. When such energy precipitates into etheric and physical planes, it can destroy the Earth and humanity on Earth. Consequently, Jesus came to reduce this threshold energy to save humanity. He sacrificed His life, as we know it, for this purpose. Hence, Jesus was a great channel for the Divine. 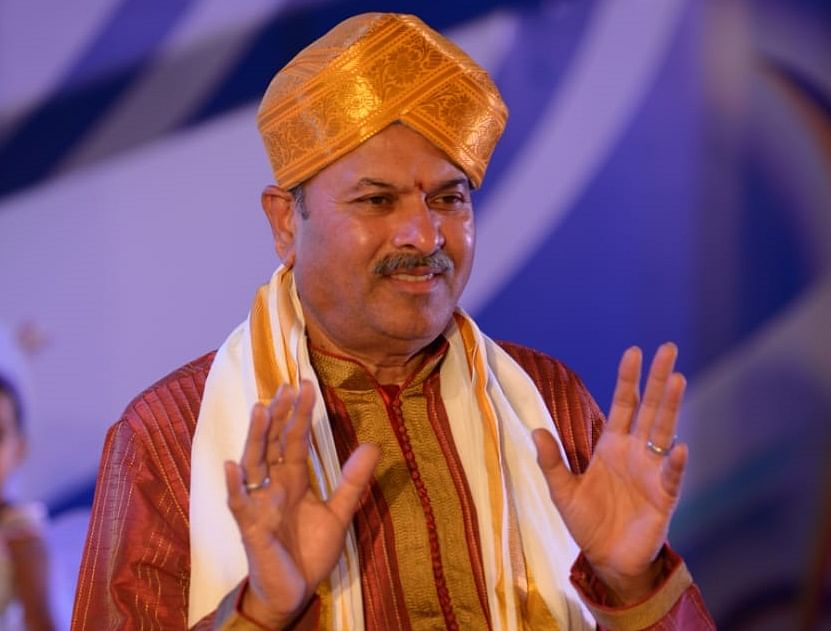 Before Jesus, some 500-600 years earlier, there were other great teachers or avatars, like, Gautama Buddha, Mahavir and Confucius who took birth for the same purpose. They also reduced the dweller on the threshold to a great extent, so that humanity could manage and survive. Buddha reduced it substantially by his presence, teachings and meditations. But he could not prevent it from increasing, because it was the Dark Age. Humanity continued to create it. That is why, there have been so many holocaustic events and wars in post Buddha period.

Jesus came in another era, at a time when the Dark Age was about to touch its peak of darkness or ignorance. But His advent just before this peak reduced its effects so that humanity could persist! This was the sacrifice of Jesus and is symbolically celebrated as Good Friday.

All Great Avatars were Healers

We know that Jesus was also a healer. He asked people to heal. He said those who believe in him can do same things as he did and better than these because he will be with Father. Why did He say so? At that time, He was in very challenging and dark conditions of the world. We have come out of those dark conditions to a great extent. Therefore, we can do better than Him. By saying that He will be Father, He was indicating that He was one with the Divine Spark or Paramatma. He has ascended to that stage and become God-realized. Now He channels energy, blesses and helps because of being with Father.

Buddha was also a healer, he transformed Angulimal. Lord Rama was a healer, he transformed Ahilya. Shirdi Sai was a healer. All of the avatars have been healers, they bring transformation, and they are greater channel for the Divine. Human beings are lesser channels of the Divine. Humans must become greater channels of the Divine by blessing and by becoming healers. So, all of the people who believe in Krishna, Buddha, Shirdi Sai, Jesus or any avatars, must try to become healers. You must try to do what they did if you believe in them.

The dweller on the threshold was reduced at the time of Jesus but was not completely eliminated. Many teachers have come from time to time to further reduce it. When it precipitates into physical plane, it brings man-made or natural calamities, accidents, wars, escalated crime rates, etc. If you want to reduce it, you must make an opening for the Divine energy to come down. That is how it diminishes. The Great Invocation, Planetary Peace Meditation, Metta and other meditations that bless the Earth are the means of channeling the energy. But individuals must also learn how to heal. What’s the actual name of Jesus?

To invoke for the blessings of Jesus, to receive his energy or to tune to his energy we take His name. Yehova is Jesus, but Jesus in a blessing posture is known as Yehoshua (Aramaic). If you identify Him with respect, He is called Rabbi Yehoshua. Rabbi means Lord. If you identify with His root, He is the son of Miriam. So the name, ‘Rabbi Yehoshua Bar Miriam’ is used. That is, Lord Yehoshua, the son of Miriam. This is the way Jesus was addressed, in order to substantially receive blessings from Him.

Jesus said, “I am son of Father”. Who is he referring to as Father? The Father or Paramatma is Christ. So Jesus channels the Teachings of Christ. Hence we say, Jesus, the Christ. In some places they call Him Yeshu Christu, a word so close to Krishna. The Christu in English becomes Christ. It is the same World Teacher referred to as Krishna, Christu or Christ, in different dialects. To Buddhists, He is known to be Buddha Maitreya. In whatever name you know him, He continues to exist and channels Divine Love.

Easter, the Day of Ressurection

On Sunday, Jesus was supposed to have resurrected from the dense physical into the etheric form. This ascertains Him to be an Ascended Master or an Initiate of level 5 or higher! He has ascended, not gone. He continues to help in healings and blessings.

Resurrection is a thorough purification process which involves spiritual progression. In theosophy, there are initiations. The “Paramhansa” is a fourth initiation. It is through the purification of the different bodies, character building, maintaining emotional calmness and having mental clarity, sustaining it and contributing substantially towards the Divine Plan, that this is possible to achieve. Beyond the stage of Paramahansa is called Nirvana or Asekha in Sanatana Dharma. In theosophy, it is known as Holy Master or Adept. In the process of further purification and development of the energy body, one develops the ability to transit all his energies out of the physical. He resurrects! That is, he moves all the consciousness into the energy body.

There is a process of yoga or union with the higher nature or Higher Soul. This is called 4th initiation or Soul-realization. The next level of union between the Higher Soul and the nature of the Father, the Divine Spark or Paramatma is called 5th initiation or God-realization. At the stage of Paramahansa, still these physical and etheric bodies are there. But at the next stage, the physical body can be dropped. Now the importance of an ascended master is that he has everything in the energy body and he has the ability to manifest physically. All the energy system and chakras are intact. The advantage of moving into energy body is that he is in touch with the complete humanity and mother Earth because the energy body modifications affect the physical body. At the same time he is not limited by the physical world. He does not need physical space to stay, physical mechanism to travel, no physical rest needed, he does not need physical food. So Jesus had resurrected, freed from all the physical restrictions, yet was available. He is thus an ascended master.

There are many ascended masters who are fifth initiates and higher. In the book, Autobiography of a Yogi, by Paramahansa Yogananda, he talks about Mahavatar Baba who is his Guru’s Parama Guru. Mahavatar Baba is an ascended golden body saint. All the Holy Masters are at certain level of ascension. Sometimes the physical body also diminishes when this ascension takes place. There is a reference to Adi Shankara. When he left the body his body was not seen. Yogi Milerappa, a Tibetan monk, when he ascended, his body shrunk.

Celebrating Easter must include following the footsteps of Jesus. You must purify yourself, become a channel for the Divine, become a healer and meditate. 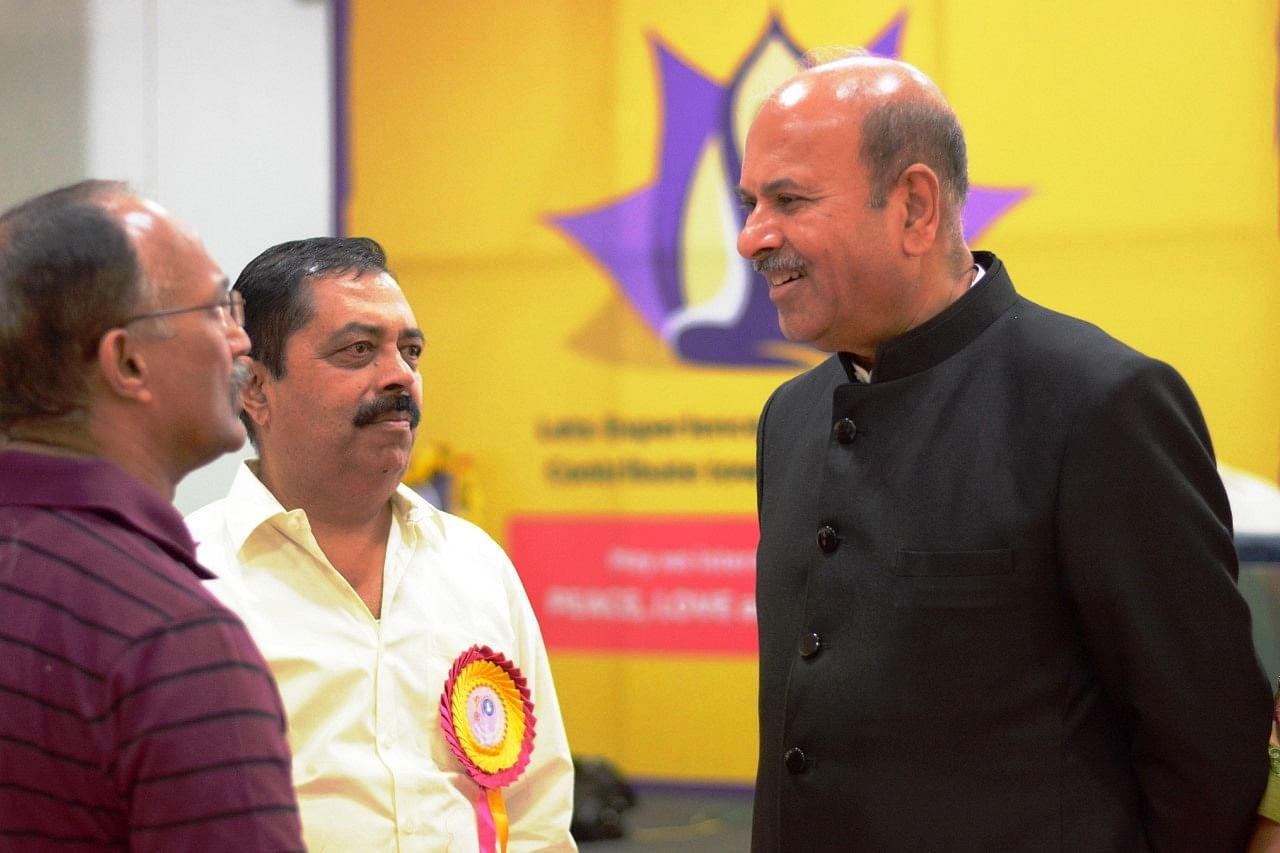 According to the Tibetan literature, Buddha Padmasambhava had converted into a golden ball of light and exited. His physical body was not there after his work was done in Tibet. They celebrate the Tibetan festival in July as he supposedly returns every year. He has otherwise moved somewhere in the Southern part of the country in his own abode as per some literature, but he is not in the physical plane. Buddha Padmasambhava is our Parama Guru. He is a Guru of all the healing arts and all the practices of meditations leading to ascension. First you must become soul realized and then God realized. The practices of Arhat yoga take you to the initiation of soul realization and in the next level to work through to get to the level of ascending.

You may take this opportunity of practicing with a big group, in our daily live sessions on Facebook. You may channel Divine Energies to the entire Earth using the Metta meditation, Planetary Peace Meditation or the prayer of Great Invocation, especially, in this pandemic situation. You can specifically direct these energies to your own city and area.

You can also try our free app, YPV Sadhana, for guided Planetary Peace Meditation and other techniques to strengthen and upgrade your immune system.