Fossils of Dickinsonia, one of Earth's oldest animals, found in Madhya Pradesh

Dickinsonia is an extinct genus of basal animal that lived during the late Ediacaran period in a geographical area now divided into Australia, China, India, Russia and Ukraine.

New Delhi: Researchers have discovered fossils of one of the Earth's earliest known multicellular animals -- the 550-million-year-old Dickinsonia -- on the roof of the Bhimbetka rock shelters in Madhya Pradesh.

Dickinsonia is an extinct genus of basal animal that lived during the late Ediacaran period in a geographical area now divided into Australia, China, India, Russia and Ukraine.

The individual Dickinsonia typically resembles a bilaterally symmetrical ribbed oval. Its fossils are known only in the form of imprints and casts in sandstone beds.

The specimens found in Bhimbetka are around 17 inches long, where as the ones that have been found in other parts of the world exceeded four feet in length, the researchers from Geological Society of India (GSI), Nagpur, Maharashtra, noted.

The finding, published in the journal Gondwana Research, confirms close proximity of Australia and India, according to the researchers. "Dickinsonia fossil was first discovered in 1947 in Flinders Ranges of South Australia. Its fossils have also been discovered in Ukraine, Russia and China," Ranjit Khangar Director & Coordinator, GSI, told PTI.

"Bhimbetka Rock Shelters, a UNESCO World Heritage Site for Paleolithic and Mesolithic cave art, near Bhopal, is once again highlighted worldwide due to the first discovery of oldest animal fossil, Dickinsonia from India," Khangar said.

The new fossils were discovered on the last day of 36th International Geological Congress 2020 field trip conducted by GSI in March last year. However, it took the team almost a year to publish the findings.

Other teammates involved in the study were from the University of Oregon in the US, National Operations Center, Bureau of Land Management, Geospatial Section, US, and the University of Witwatersrand in South Africa.

"Palaeobiologists believe that these earliest living creatures were used to live in shallow warm seas, as early as 570 million years ago, and are representative of earliest complex life form in animal kingdom," Khan told PTI.

As the fossil is out of reach, multiple digital images of the site were processed using three- dimensional (3D) modelling, the researchers said. The geological condition and occurrences of Dickinsonia were compared with fossils reported from South Australia before arriving at the final conclusion, they said. 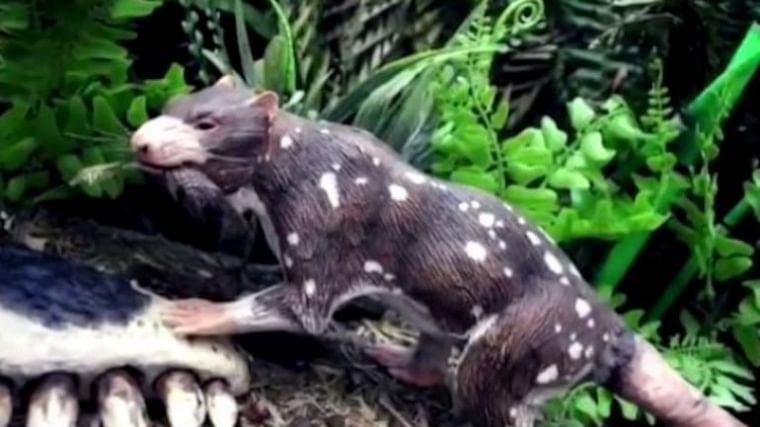