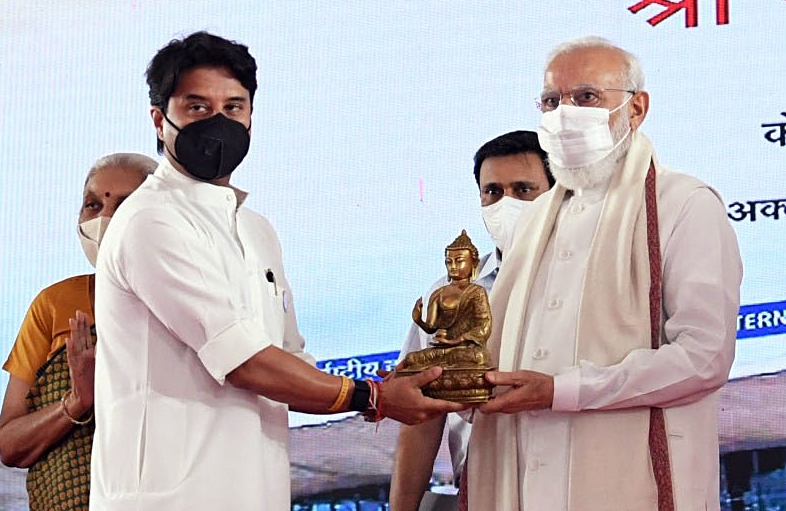 Prime Minister Narendra Modi being felicitated with a statue of Buddha by Union Minister of Civil Aviation Jyotiraditya Scindia at the inauguration of the Kushinagar International Airport, in Kushinagar on Wednesday | ANI

The inauguration of the Kushinagar International Airport was marked by the landing of the inaugural flight at the airport from Colombo, Sri Lanka, carrying a Sri Lankan delegation of over a hundred Buddhist Monks and dignitaries including the 12-member Holy Relic entourage bringing the Holy Buddha Relics for Exposition.

International Airport inaugurated at Kushinagar today will provide seamless connectivity to tourists coming to India from all over the world to visit Buddhist circuits in the country.

Every year tourists from Sri Lanka, Japan, Taiwan, South Korea, China, Thailand, Nepal Vietnam, Singapore, etc. come to India to visit places like Sarnath, Gaya and Lumbini that is a part of the Buddhist circuit and the international airport in Kushinagar will provide better connectivity to the tourists.

Through this airport, tourists coming from all over the world will get additional travel facility apart from road and rail that connects Buddhist circuit.

Pattarat Hongtong, Ambassador of Thailand, said that every year lots of Thai tourists come to India to visit Buddhist pilgrimage sites. The international airport will make it easier for the tourists.

"Wonderful development, it will give opportunity for Buddhist nations to come conveniently to the most sacred place where Lord Buddha entered into Parinirvana. It will make Buddhist Circuit tourism convenient," said Major General Vetsop Namgyel, Bhutan's Ambassador to India.

Toshihide Ando, Deputy Chief of Mission, Japanese Embassy in India, said that it will help tourism between India and other countries. "India-Japan has deep cultural ties, Buddhism came to Japan from India, we're strategic and special partners. I hope cultural ties will be further strengthened," he added.

On this occasion, Foreign Secretary Harsh Vardhan Shringla said that Kushinagar International Airport will facilitate direct travel to an important Buddhist pilgrimage site from within and outside the country.

"Lord Buddha attained Parinirvana in Kushinagar. Everybody who wants to visit Kushinagar can come directly. Today is Abhidhamma Day also. It is a very auspicious day on which Lord Buddha returned to earth, according to Buddhist belief," he added. 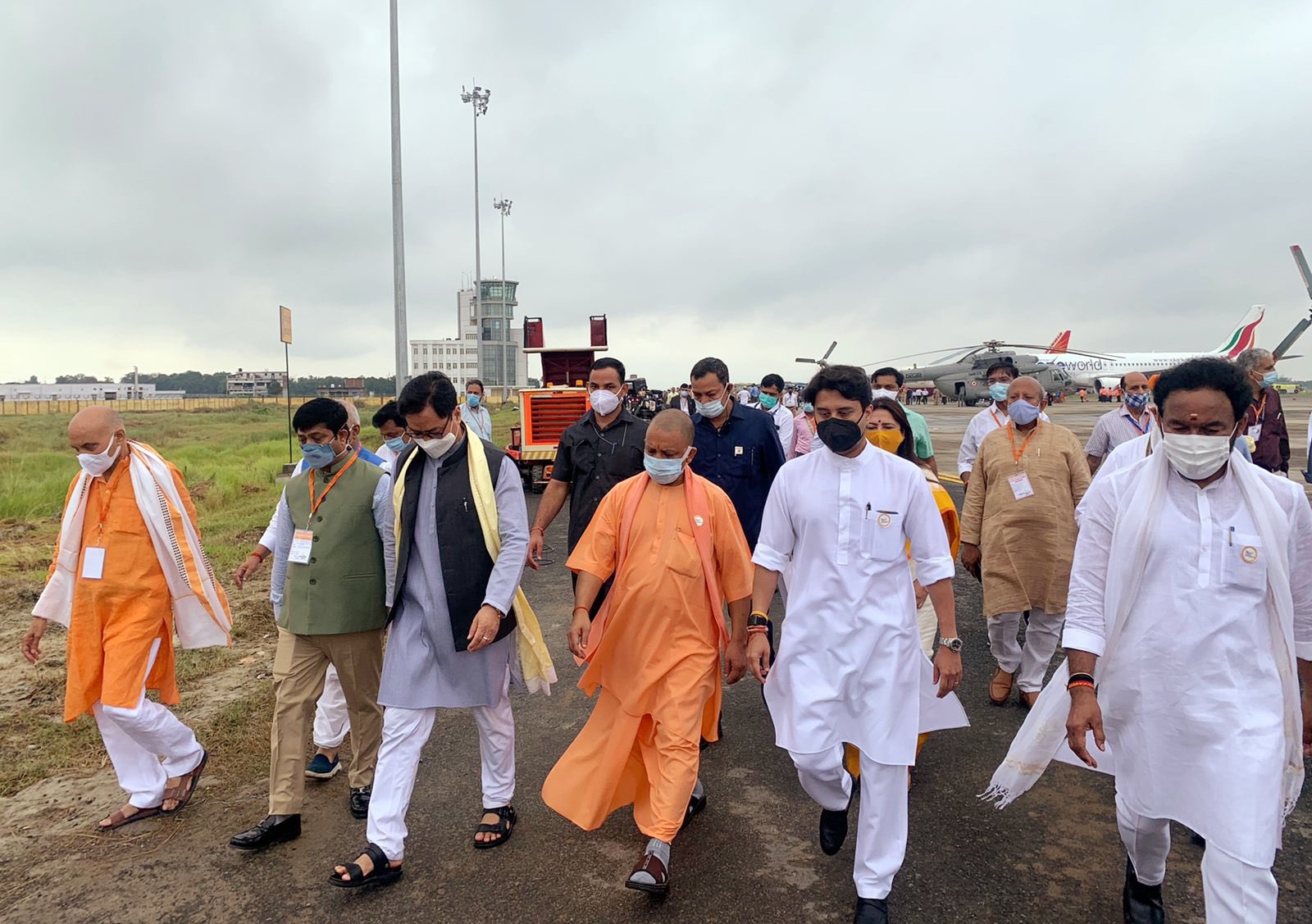 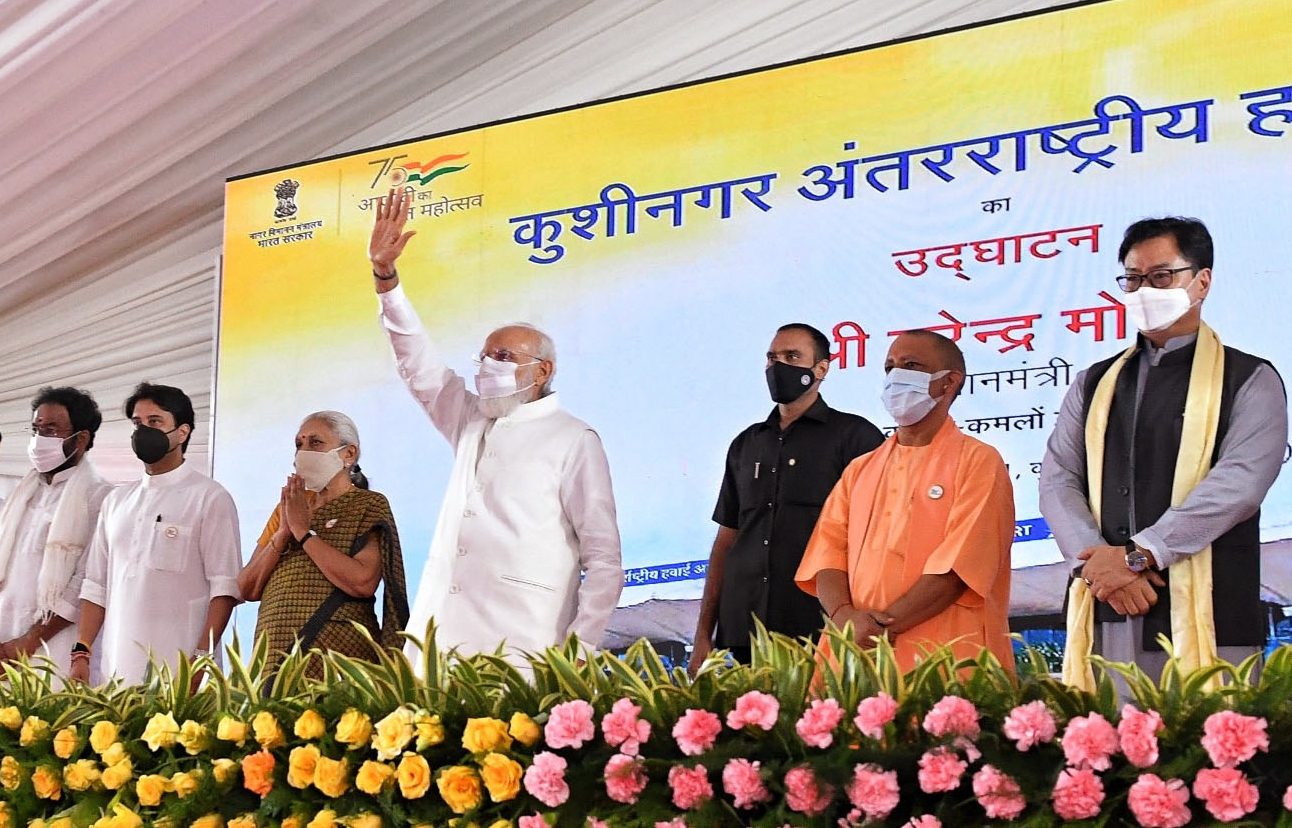 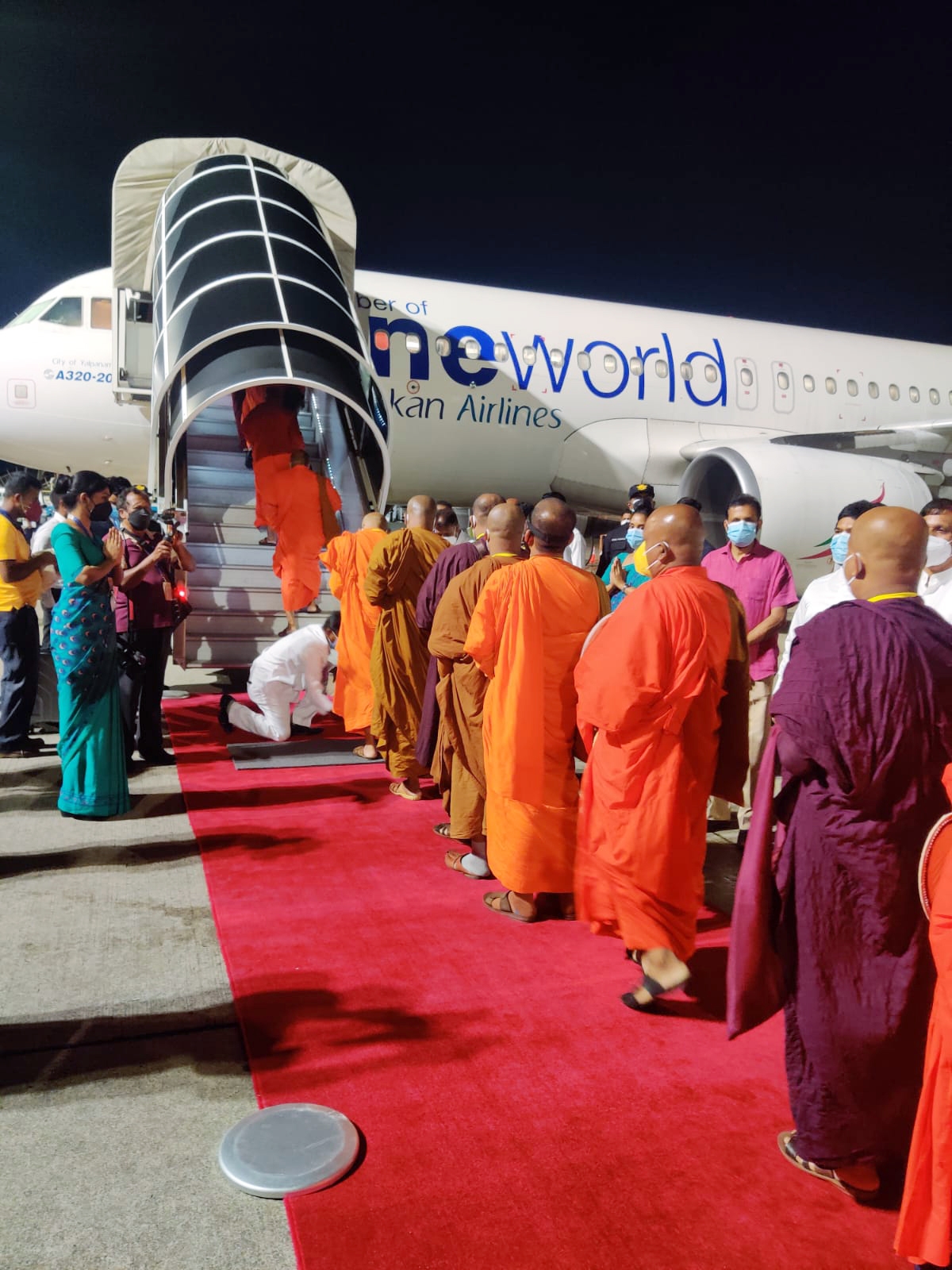 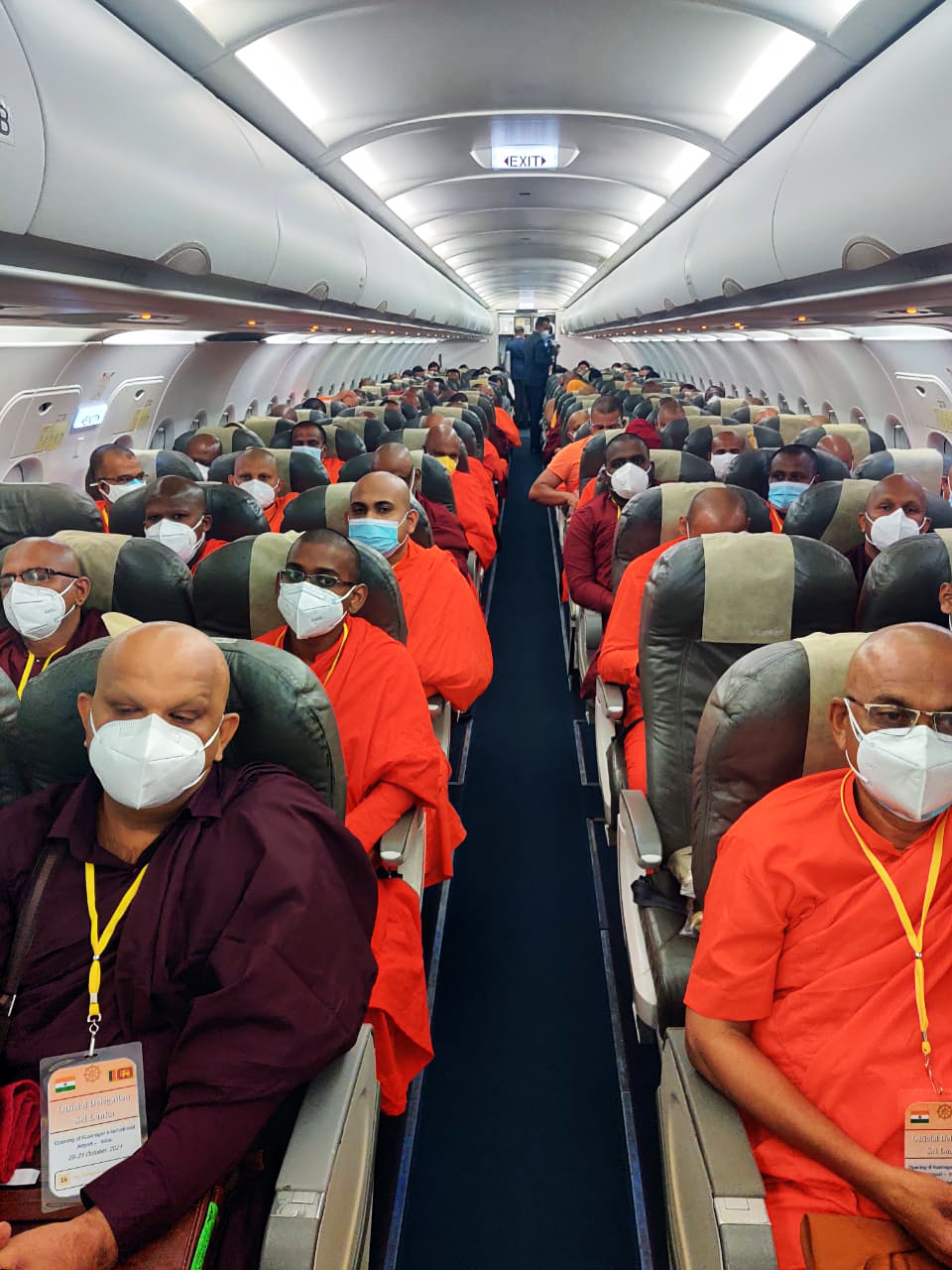 Buddhist monks depart on the inaugural international flight to Kushinagar, in Colombo on Wednesday | ANI 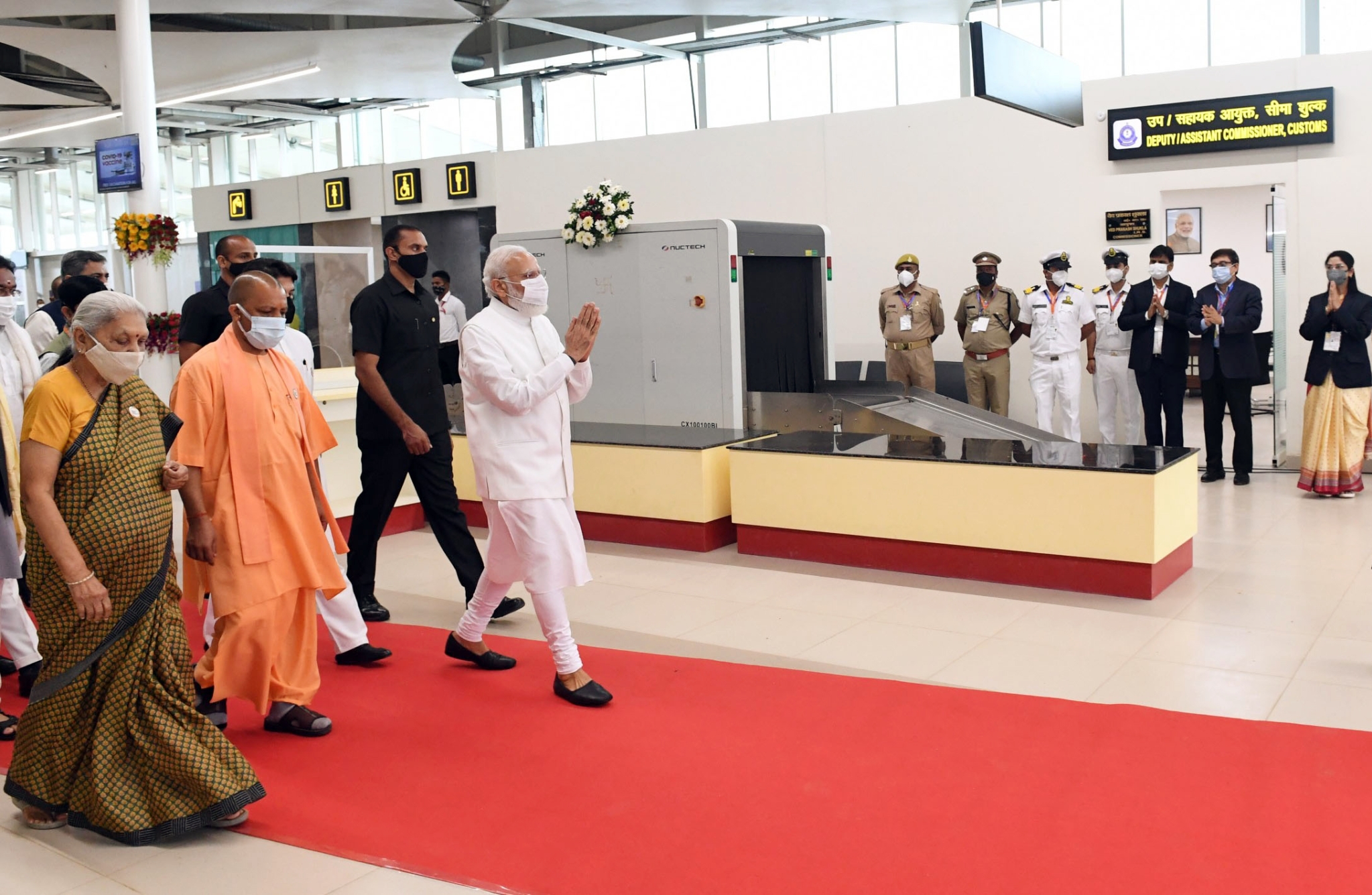 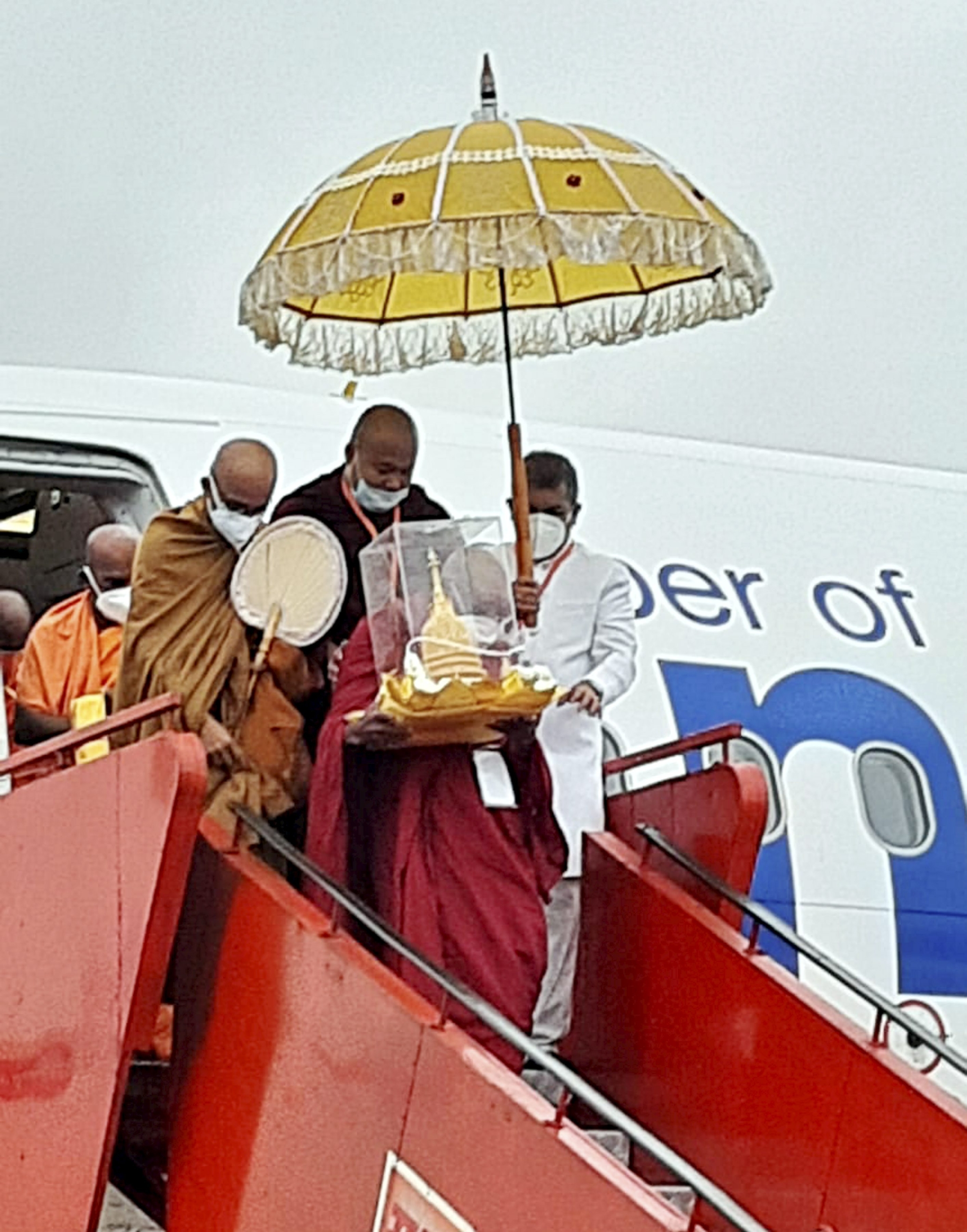 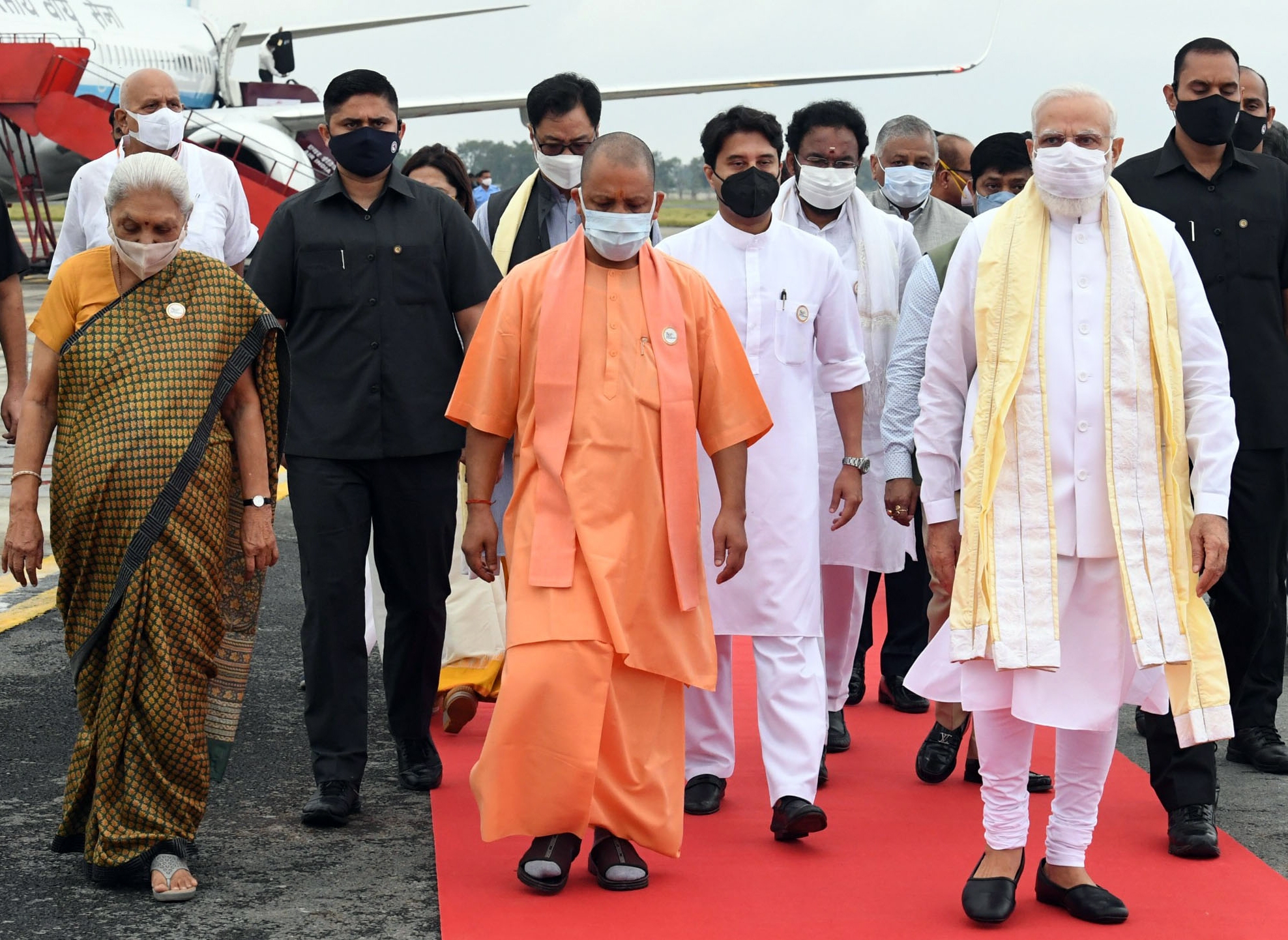