Power of healing through the mind 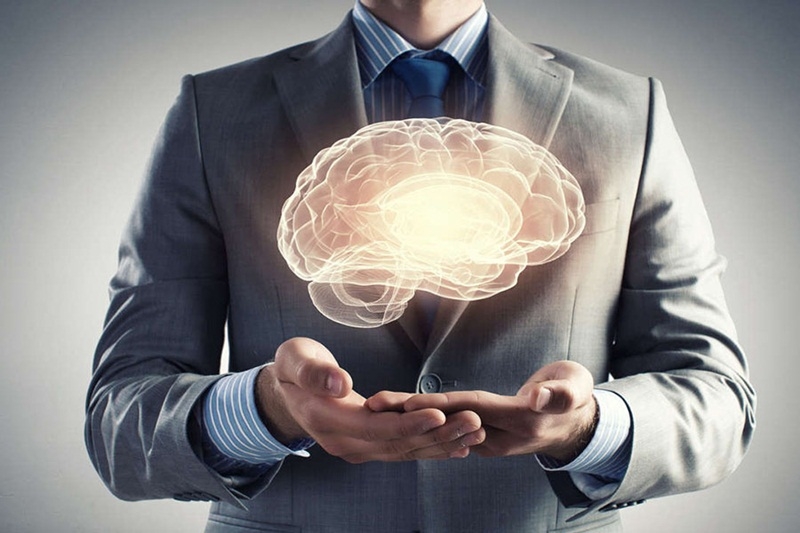 The mind plays a pivotal role in the healing process of an individual. When we get up every morning, we should take deep breaths and feel grateful for whatever has been provided by our Universe, writes RAVI VALLURI

Winter was quite chilly in Delhi and to keep himself warm, a middle-aged obese man had a swig of Old Monk rum. He felt warmer and chewed a piece of chicken with great relish. Soon, however, he started perspiring and feeling nauseous. His facial muscles began twitching and he felt a real thud in his chest region.

The anxious homemaker rushed to the neighbours seeking help. The neighbours called for an ambulance and rang up the doctor. It was a state of emergency. Visiting the neighbours was an Art of Living teacher, who immediately rushed to the aid of the patient. He advised the patient to adopt a posture called the ‘Sanjivini Mudra’ and take deep breaths. The ‘mudra’ entails fixing the index finger on the base of the thumb and middle and ring finger touch the tip of the thumb, while the little finger is spread apart. While adopting the ‘mudra’ the individual needs to take deep ‘Ujjayi’ (victory) breaths. While inhaling ‘Ujjayi’ breaths, an individual feels the stimulation in the throat region. The duration of each breath increases and becomes finer, too.

The patient afflicted with the heart attack surrendered to his saviour and continued with this breathing technique, till he was hospitalised.

The ECG did not reveal any great damage to the heart and the medical team grudgingly accepted the intrinsic and therapeutic values of the ‘Sanjivini Mudra’. Along with the breath, the mind was relaxed during those tense moments as the patient was wheeled into the ICU.

On recovering completely, the gentleman undertook courses of the Art of Living, which detoxified his system and cured him of the craving for alcohol. This helped him stage both a physical and mental recovery. ‘Healing is a matter of time, but it is sometimes a matter of great opportunity,’ said Hippocrates. This window of opportunity is provided by the opening in the human mind. If we feel that we are sick and chronically ill, then the healing process gets thwarted and impaired.

The mind plays a pivotal role in the healing process of an individual. When we get up every morning, we should take a few deep breaths and feel grateful and blessed about whatever has been provided by nature and our Universe. This augurs well for the body and the mind. It would be a worthwhile exercise to scan the body and check our levels of freshness; are we suffering from any stiffness or soreness, headache, etc. to maximise the vitality of our system.

The mind remains an enigma, with a reservoir of potential which we fail to tap. If exploited to optimum level, it can help in destroying carcinogenic cells, eliminating toxins, combating infections, fighting foreign bodies and enhancing self-repair mechanisms. The placebo effect also plays a major role in recovery.

The mind has also been called an ‘amygdala’ which may harbour negative thoughts and wrong beliefs such as financial woes, relationship problems, work stress, general pessimism and feelings of threat. These attributes act as a roadblock to attaining good health.

Stress at the workplace often results in various illnesses. A woman suffered from what is called Paroxysmal Atrial Tachycardia (PAT). In such a condition, the heart beats with great rapidity and the patient suffers from excessive sweating and perforce needs to be hospitalised till the condition normalises. The lady surrendered to the will of Lord, while reciting a deep and sincere prayer.

Later in life, when her son turned an alcoholic, she once again developed a similar heart condition. She had to steel herself and became mentally adept and strong enough to undertake courses in Vipassana, the Art of Living, Siddha and Pranic healing. These courses had an immense therapeutic impact on the mind and body which enabled her to recover both physically and mentally. An Art of Living teacher taught her ‘Mudra Pranayams’, which have helped to fortify her system.

The breath and the mind have a deep relationship. By simply observing the breath, toxins are expelled from the system and there is great mental clarity to view life in its totality. These processes clear the mind of several cobwebs and the thought process becomes positive.

A power of discrimination dawns on the individual and he/she can focus on what the body really needs, the quantum of exercise to performed, exact intake of food required, the amount of medication needed, whether the job or living conditions are irksome and if any changes are required to be made and take necessary steps in that direction. An architect imagines a building, conceives a blue print and designs a beautiful home. Similarly, a dancer or a painter through mental imagery visualises a piece of art which is appealing and becomes the cynosure of all eyes. Soulful singers conjure melody and symphony which strike right notes and chords in our hearts and we are transported to an ethereal world. All this creation is the magic of the mind. Similarly, the middle aged man (who suffered the heart attack), the woman who was a long time sufferer of PAT, and the alcoholic son, surrendered their physical and mental unwelcome situations to a superior power and adopted various techniques and strategies of self-healing.

However, the success of the therapies lies in the orientation of the mind. The mind has to be necessarily a YES MIND, believing that success is guaranteed, and their lives would be transformed with the power of mind injecting positive affirmations such as ‘I am transformed’, ‘I am healed’ and ‘I am feeling wonderful’.