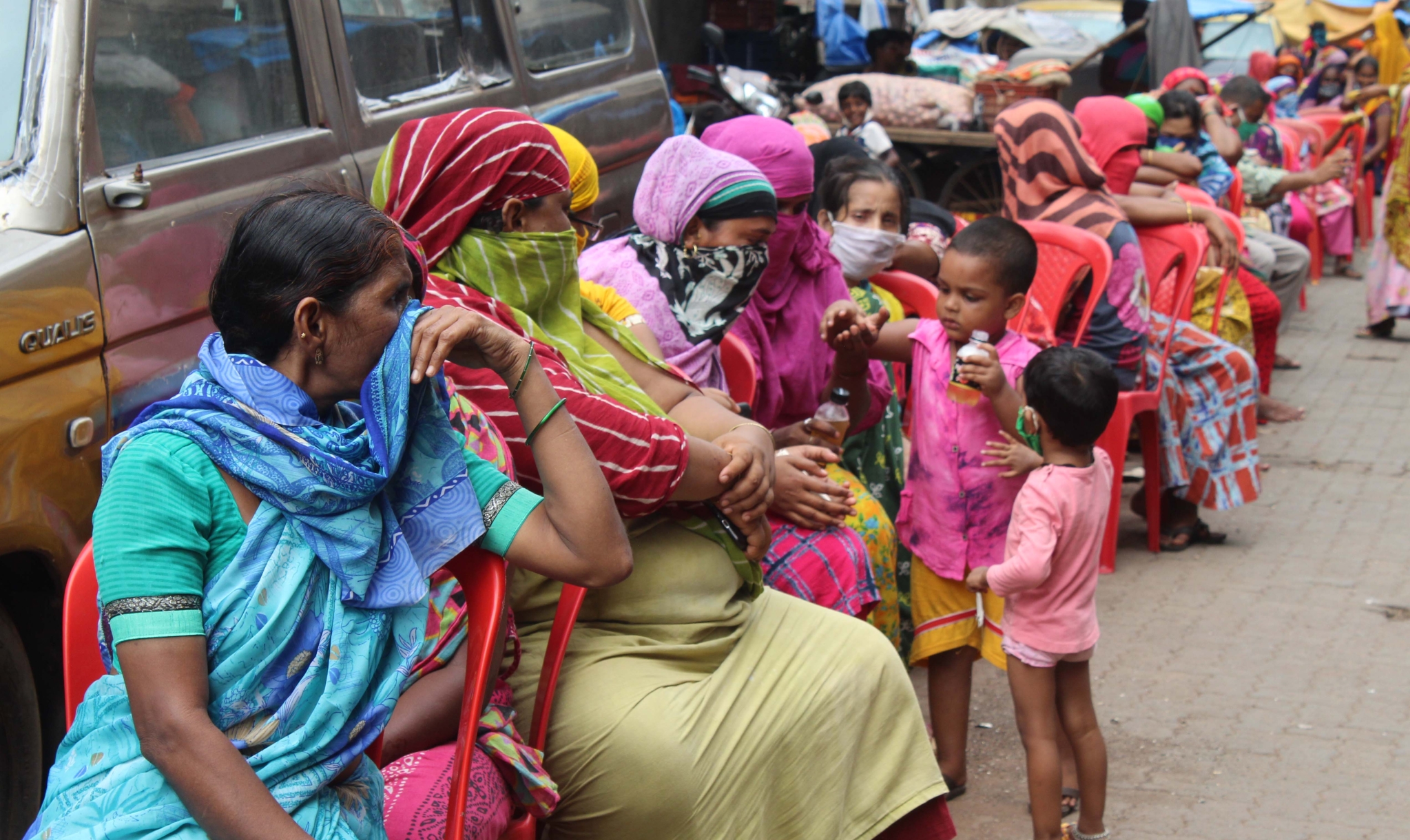 A study by academicians from Yale School of Medicine and Harvard Medical School which says Indians are at a much lower risk of getting COVID-19 if red light areas shut after the lockdown has come under a scanner from concerned decision-makers, academics, activists, representatives of sex worker collectives, various advocacy groups within the sex workers' community and women's rights groups for making scapegoats of sex workers and blaming them for the spread of COVID-19. Titled ‘Modelling the Effect of Continued Closure of Red-Light Areas on COVID-19 Transmission in India,’ the report - authored by Sudhakar V Nuti of Harvard Medical School and Massachusetts General Hospital, along with Jeffrey P Townsend, Alison P Galvani, Abhishek Pandey, Pratha Sah, and Chad Wells at the Yale School of Public Health – claims to have been carried out in Delhi, Mumbai, Kolkata, Pune, Nashik, Jalgaon, Meerut, Muzaffarpur, Munger, Puri, Silchar, Satara, Siliguri, Nagpur, Kolkata, Durgapur Thane, Sonapur, Guntur, and Sangli. It was shared with government bodies with recommendations on continued closure of red-light areas even after full and complete nationwide normalisation and reopening of all operations across the board.

The study claims such a step can reduce cases by 72% for three fortnights and even delay the peak of COVID-19 cases by 17 days. It further claimed there could be a 63% reduction in the number of deaths in the first 60 days after the lockdown ends if red-light areas are kept closed. To protect citizens against these potential hotspots, the study underlines the need to close red light areas indefinitely during the COVID-19 pandemic. Only the pandemic, looks like it is here to stay for a lot longer than earlier envisaged and the study does not indicate how sex workers are supposed to feed themselves if their primary source of livelihood is suddenly snatched away.

Meena Seshu the general secretary of SANGRAM, a grassroots health and human rights NGO working with sex workers for more than two decades pointed out how 140 concerned decision-makers, academics, activists, representatives of sex worker collectives, various advocacy groups within the sex workers' community and women's rights groups have written to Dean of the Faculty of Medicine at Harvard Medical School Dr. George Q Daley; Dean for Faculty and Research Integrity, Harvard Medical School, Gretchen Brodnicki; Senior VP for Research, Massachusetts General Hospital, Dr. Harry W. Orf; Dean, Yale School of Public Health, Dr Sten H Vermund and Associate Dean of Research, Yale Medical School Dr. Melinda Irwin had written to complain about the study. “The recommendations of this study whose methodology itself is circumpect and unethical essentially invites the state to use its coercive powers - police raids and evictions - to victimise the most marginalised of slum-dwellers in the name of public health,” she points out.

The letter strongly denounces the study for “its lack of rigorous methodology and transparency, misleading assumptions about sex work, and egregious disregard for the rights of the urban poor in India.” It also equally strongly expresses the writers' outrage at “the sensationalistic and suspect way the study has been publicly promoted in India, leading to dozens of news reports with headlines like: 'Keep red light areas closed post- coronavirus lockdown: Yale School of Medicine.'” The letter demands this paper be retracted until it has been peer-reviewed and made publicly available to other academics for critique.

On the study authors' claims that 522 stakeholders in the red light areas were interviewed over the past few months, with two rounds of research, Seshu says, “Yet there is no detail on the ethics approval for the study, the informed consent and recruitment procedures, or the partner organisations that facilitated the research. It is also unclear whether informants were told about the objectives of the study or its possible risks for them, including the closure of red light areas and threats to their very livelihood and living,” and adds, “Since a lockdown has been in place since 24th March 2020 in India international research boards have mandated all human subjects research be virtually conducted. In this case, the study was conducted through suspect means, making its findings inadmissible. Because of the lack of transparency, the findings are also impossible for third parties to verify. The authors should have been aware of the risks posed by their own research.”

It is unethical for researchers from big-name institutions like Harvard Medical School, Massachusetts General Hospital, and Yale School of Public Health to influence policy in the Global South without consulting sex worker collectives says Seshu who explains why this is particularly true in India. “India's sex workers have been leaders and equal partners in combating the HIV/AIDS epidemic for three decades. The authors ignored multiple requests from academics to make the findings available, bypassed civil society organisations completely and hurriedly shared key findings directly with media outlets and political leaders. This action smacks of prejudice, not science, ultimately scapegoating marginalized sex workers for the spread of COVID-19.”

Those protesting the study have pointed out how it suffers from enormous methodological shortcomings and flawed assumptions. Like the estimates of the number of sex workers in India which the study bases on highly variable sources. The secondary literature too is outdated, and cites studies from Pune (1996) and Surat (2003), reflecting a poor understanding of the current realities of sex work in India. Sex work is currently provided in a range of locations in India, and only a very small percentage of it takes place in brothels. Most sex work takes place on highways, railways, construction sites, bus stations, farmlands, lodges, and residential homes and sex workers frequently migrate between these settings. Major red-light areas now only exist in three states in India: Delhi, West Bengal, and Maharashtra. Even there, brothel-based sex work has sharply declined since the 1990s, with the rise of abolitionist anti-trafficking movements, police crackdowns, and real-estate redevelopment interests. Much sex work has migrated to streets or become internet and phone-based. 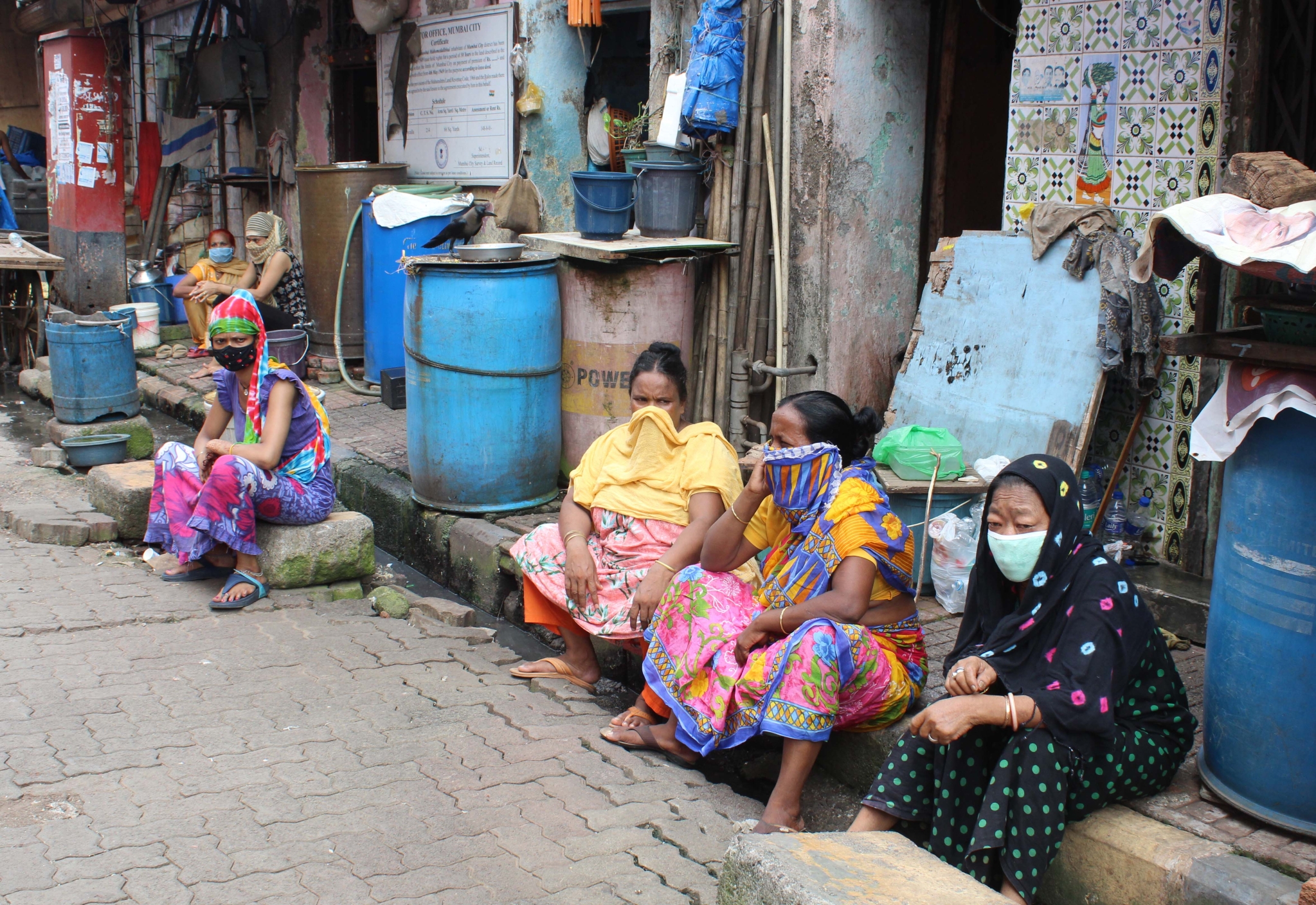 One of the three co-authors of the report, Dr Sudhakar Nuti from the department of medicine, Massachusetts General Hospital and Harvard Medical School has said: “It is important to remember the sex workers who work in red light areas and the impact that COVID-19 and the continued closure of red light areas have on them. We suggest three measures to address the health, safety, and well-being of sex workers in red light areas: ensure sex workers receive payments as part of the government’s financial relief scheme for the poor during COVID, ensure these women are not taken advantage of by criminals, such as by preventing high-interest lending schemes that entrap them in debt bondage, and investment in reintegrating sex workers into other occupations, with a particular focus on reinvesting money generated through the closing and redevelopment of red light areas into sex worker reintegration and the health care system. On the last point, COVID-19 may present the ideal natural opportunity to help sex workers exit their trade and find out alternative livelihoods.”

Lawyer and director of the Centre for Advocacy on Stigma and Marginalisation (CASAM), Aarthi Pai is livid at “the underdeveloped and impracticable ameliorative measures” suggested by the study. “The suggestion that sex workers be rehabilitated and provided with alternative occupations is naïve since ample research demonstrates that most of them already have experience in other occupations such as domestic work and petty trading. Most choose sex work out of necessity and individual choice. Evidence from the past three decades of HIV/AIDS prevention interventions also clearly demonstrates coercive strategies like raiding brothels and placing sex workers in “rehabilitation homes” violates the human rights of sex workers, and are also economically unsustainable in today’s neoliberal economy, “ she says and adds, “The authors acknowledge most sex workers lack government documentation and bank accounts. Yet they still vaguely suggest sex workers be given cash transfers and credit access from the government, without suggesting how at all this might be achieved. No government agency has, till date, spoken of relief measures for sex workers.”

The study's suggestion that “reintegration expenditures could be offset by profits generated via the redevelopment of red light areas” has generated massive outrage. Pai points out how this amounts to pushing for greater gentrification, violent “slum clearances,” placing sex workers and poor residents in precarity and at greater risk for police harassment. “The push to “redevelop” RLAs appears to be driven not by science but by a morally charged abolitionist condemnation of sex work itself,” she underlines.

When asked about the alternative occupations that sex workers could be integrated, given the social stigma and ostracisation they face is when Dr Nuti washes his hands off all responsibility. “These are aspects that the policymakers, NGOs, and experts in India will need to design. These bodies will be the right people to identify the skills these workers need, train them, and support them to become economically self-reliant in new jobs or as self-employed entrepreneurs,” he says and offers, “We hope these programmes will be able to compassionately mitigate the stigma that is globally attached to sex workers.” Incidentally, he is completely quiet about how the study reinforces such stigma and widens its scope by blaming sex workers for the spread of the pandemic.

The study's finding that “social distancing is impossible while having sex,” completely overlooks the fact that in India, 40-50% of urban residents live in dilapidated conditions in slum areas, where thanks to a lack of basic civic amenities, water supplies and overcrowding, means social distancing is next to impossible regardless of residents’ sexual activity. The authors of the study draw comparisons to countries such as the Netherlands, Germany and Australia, where sex work is regulated in specific jurisdictions, and therefore “shutdowns” are possible. Given the mixed-use nature of urban Indian slums, however, they cannot be “shut down” like red-light areas in Western countries. “In India, brothels inhabit an ambiguous legal position, since the term is defined broadly to include a range of areas inhabited by sex workers and the urban poor. The recommendations of this study essentially invite the state to use its coercive powers - police raids and evictions - to victimise the most marginalised of slum-dwellers in the name of public health,” says Seshu.

She also points out how the study touts a wholly unsubstantiated claim that red-light areas are a major source of COVID-19 infection. “The authors aver that the states with the highest number of sex workers are also those with the greatest numbers of COVID infections, thereby positing a causal link between the two. However, in the absence of widespread testing and contact tracing, there is no clear evidence that sex workers are a point-source for the spread of COVID-19,” she says and underlines, “The same could be hypothetically claimed of any close-contact occupations where a safe social distance of 2 meters cannot be maintained, including shop owners, domestic workers, care workers, waste-pickers, beauticians, hairstylists, sanitation workers, bus conductors, street-vendors, delivery personnel, NGO workers, and, for that matter, even field researchers.”

In fact, there has been virtually no business in redlight areas since 24th March 2020, when the lockdown was enforced, yet COVID-19 cases have been rapidly climbing she points out. “This shows brothels are not contributing to the spread of COVID-19 at all. The steep climb in cases is a matter to be investigated, but it must not be arbitrarily blamed on what is already one of the most marginalised among marginalised communities in India.”

Questions from this writer to Dr Nuti on whether the study was peer-reviewed, whether it was made clear to the 522 respondents that the study had possible risks for them, including the closure of red light areas and threats to their very livelihood and living and a reaction to the letter written by 140 concerned decision-makers, academics, activists, representatives of sex worker collectives, various advocacy groups within the sex workers' community and women's rights groups who have written to Yale and Harvard over the study's ethics and methodology went unanswered despite repeated reminders.