'Wounded tiger' Sanjay Raut proves thorn in the side for MVA

Aaditya to his defence as he retracts remark about Indira Gandhi; Fadnavis asks whether Cong was funded by underworld
FPJ Bureau 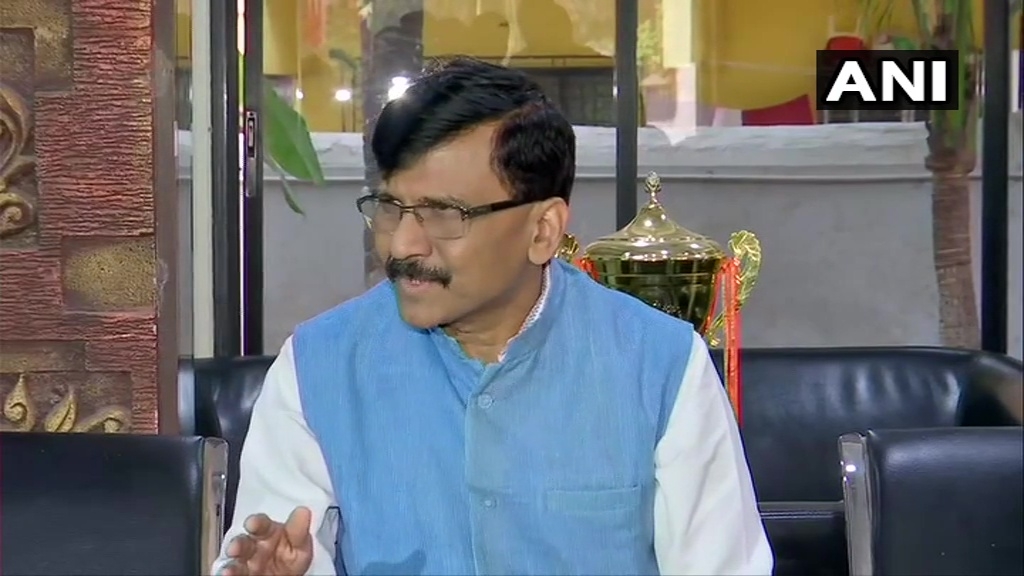 Mumbai: Shiv Sena member of Parliament and Saamna editor Sanjay Raut, who was once the Shiv Sena's prized asset is now proving to be the prime liability for the newly formed Maha Vikas Aghadi government.

Raut seems to have taken on the role of a wounded tiger ever since his younger brother Sunil Raut, the legislator from Vikhroli, was denied a ministerial berth in the MVA cabinet.

With his recent remark that Prime Minister Indira Gandhi used to meet the underworld don Karim Lala, he caused his party much discomfiture. The Sena leadership snubbed him after his statement. Thus isolated, Raut was forced to eat his words. His statement created such a tense moment for the alliance that its continuance had come into question.

Before retracting his comment, Raut said his words had been 'twisted' by those unaware of Mumbai's history, as he had meant that when Lala met the PM, it was in his capacity as a representative of the Pathan community.

While criticising the Bharatiya Janata Party over the publication of the book 'Aaj Ke Shivaji -Narendra Modi', written by Jai Bhagwan Goyal, Raut had unnecessarily dragged the descendants of Chhatrapati Shivaji Maharaj into a controversy by questioning whether or not they were true descendants of Shivaji. These statements of Raut deflected criticism from the BJP to the descendants of Shivaji Maharaj. Caught on the back foot until then, the BJP managed to extricate itself from the issue because of Raut's misfire. The attack also gave the Hindu extremist Manohar Bhide a chance to call for a bandh on January 17 in Sangli district, which will embarrass Chief Minister Uddhav Thackeray, who is scheduled to visit on Friday. It is to be noted that Bhide was denied a meeting by Uddhav when the process of government formation was on.

Speaking at an award function on Wednesday, Sanjay Raut had said that erstwhile Prime Minister Indira Gandhi used to meet the gangster Karim Lala in Mumbai. This statement infuriated the Congress, as it tarnished the image of their topmost leader. Further embarrassing was the fact that currently, the party is led by a member of the Gandhi family. The Bharatiya Janata Party lost no time in cornering the Congress over this issue at the national level.

"We are disappointed with the statement. We have spoken to the chief minister on the issue," he added.

Raut spoke as a journalist, not as a Sainik: Aaditya

The minister of tourism and environment, Aaditya Thackeray, said Shiv Sena founder Bal Thackeray had immense respect for Indira Gandhi and claimed Raut's controversial statements on the former prime minister were taken out of context. He also warned all his party leaders not to speak against Indira Gandhi. In Raut's defence, he said, "Raut spoke as journalist, not as a Sena leader."

"Kareem Lalaji was a Pathan leader. What he became later is unknown to me. It was Rautji's observation about a meeting, but the issue is over now," he said, seeking to put

an end to the matter after Raut withdrew the remarks. He was talking to the media after chairing a meeting as the guardian minister of Mumbai suburban city.

Latching onto Raut's claim, BJP leader and former Maharashtra CM Devendra Fadnavis wondered whether the Congress was "funded by Mumbai's underworld". Hitting back at Fadnavis, Thorat said Maharashtra has seen pictures of Fadnavis meeting a notorious goon at Varsha (the CM's official bungalow in Mumbai) when he was the chief minister.

"Fadnavis, who protected a goon like Munna Yadav by appointing him to a corporation, should not talk about criminalisation of politics," Thorat tweeted. Yadav was made chairman of the Maharashtra Building and Other Construction Workers' Welfare Board

"Leader of Opposition Devendra Fadnavis also should give up his habit of making a mountain of a molehill. He should not insult Bharat Ratna Indiraji Gandhi in retaliation for the loss of face the BJP suffered by insulting Chhatrapati Shivaji Maharaj," he said.