Advertisement
Home / Mumbai / Who is Salman Khan's Panvel neighbour and what is the defamation suit against him about?

Who is Salman Khan's Panvel neighbour and what is the defamation suit against him about?

An unseemly row has erupted between Bollywood megastar Salman Khan and his neighbour Ketan Kakkad over a plot of land in Raigad.

Taking strong offence at Kakkad's recent social media outbursts, the actor has hit back with a civil defamation suit against his next-door neighbour, besides Google, YouTube, Facebook, Twitter and other social platform content creators.

Who is Ketan Kakkad?

Ketan Kakkad is a a retired NRI from the US, who owns a part of a plot on a hill in Panvel next to Khan's farmhouse.

In the mid-1990s, when the young NRI Kakkad planned to buy a tiny plot of land in Raigad to build his retirement nest, and the seller company introduced him to the legendary Bollywood writer, Salim Khan.

The celeb Khans assured Kakkad that the locality was good and they would love to have him as their neighbour instead of some other snoopy types as the hilly plot - eyed by the NRI - overlooks the family's 100-acre Arpita Farms.

Convinced, the pleased Kakkad bought the 2.50 acre plot in 1996 and later built a tiny eco-friendly Lord Ganesh Temple on it, and years later, even an environment-friendly 120-square feet thatched hut to occasionally go and get a breather there.

The two neighbours got along jovially for over two decades and whenever the Kakkads visited their tiny property, they were accorded a warm welcome by the Khan clan, with refreshments and beverages, at the Arpita Farms - where Salman Khan was bitten by a non-venomous snake on December 26, 2021, on the eve of his 56th birthday.

What is the matter about?

In 2014, Kakkad retired and returned to India, eager to build a small cottage along with wife Anita, and probably an 'ashram' in the future, and meditate before their tiny temple.

Kakkad claimed that in December 2019, the Khan family -- which is renowned for worshipping the elephant-headed God during Ganeshotsav every year -- suddenly barred his entry to his property.

"Despite repeated pleas, we are not allowed to go there... The local officials of the Forest and Revenue departments are also not helping us out," rued Kakkad.

Left with no options, Kakkad resorted to venting his ire via social media and even gave some interviews on YouTube, raising the hackles of the "Bajrangi Bhaijaan" superstar.

Khan hit back with a stern Short Cause Suit on January 8, against Kakkad and the others, accusing them of "malafide intentions" to damage his goodwill and reputation by hurling "absolutely baseless, false and unwarranted allegations", through the law firm, DSK Legal, of lawyer Anand Desai and his team.

The matter came up before Additional Sessions Judge Anil Laddhad who adjourned it to January 21 on a plea for time by Kakkad's lawyers Abha Singh and Aditya Pratap.

Khan also charged the social media giants of continuously "loading/uploading, posting and publishing various malicious and defamatory content" against him and his family causing "grave and irreparable harm, loss and injury" with the "provocative, unsubstantiated" content without a shred of truth arising out of personal vendetta and ill-will.

The actor contended that Kakkad's plot was reportedly cancelled by the Maharashtra government as "illegal", for which he blamed the Khan family, alleged that the superstar harboured underworld links with the 'D-Company' (the absconder mafia don Dawood Ibrahim Kaskar), and that illegal/criminal activities were going on at Arpita Farms.

Taking objection to certain utterances by Kakkad, the megastar pointed out that the insinuation that he had illegally usurped/grabbed the Lord Ganesh Temple "inter-alia intends to cause communal violence in society".

Khan urged the court to direct the social media players "to forthwith withdraw and/or recall, take down, block/restrict/disable, all content defamatory to him in the present case, from all other mediums where they are hosted or exist.

He demanded that Kakkad, and three others -- Sandeep Phogat, Paras Bhat and Ujjwal Narain -- must tender an unconditional apology via their media and cough out the legal suit costs.

Kakkad denied the superstar's contentions and said "there is a misunderstanding" which will be sorted out, and expressed his keenness to go to his land and build his small dream house there.

"Presently, Anita and I are cooped up in this one room-kitchen flat in Malad, both suffer from comorbidities so cannot step out much and long for our open-to-sky plot. We have absolutely no animosity against the Khans or anybody and shall await the legal outcome," said Kakkad. 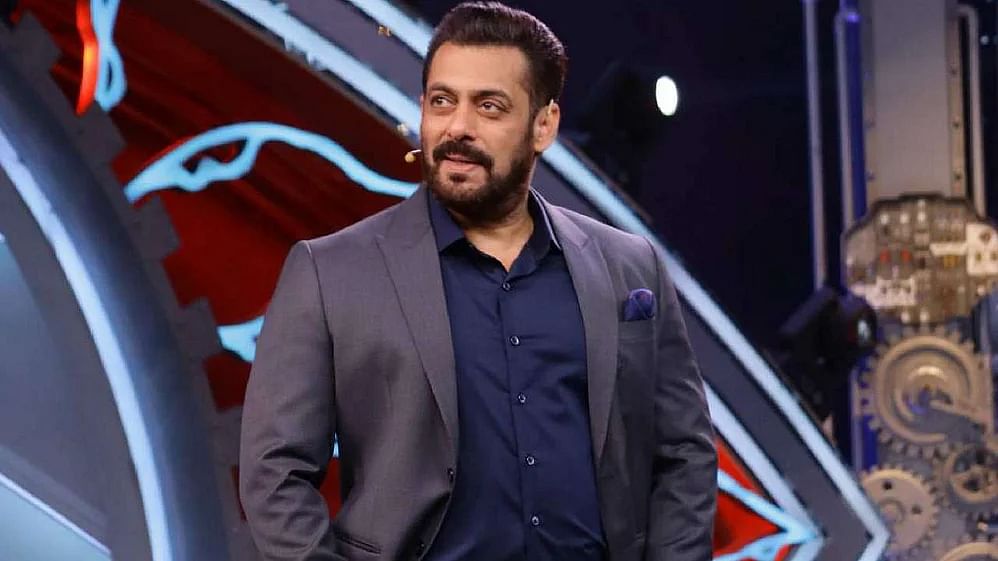