Watch video: No one has guts to say I have underworld connections, says Nawab Malik 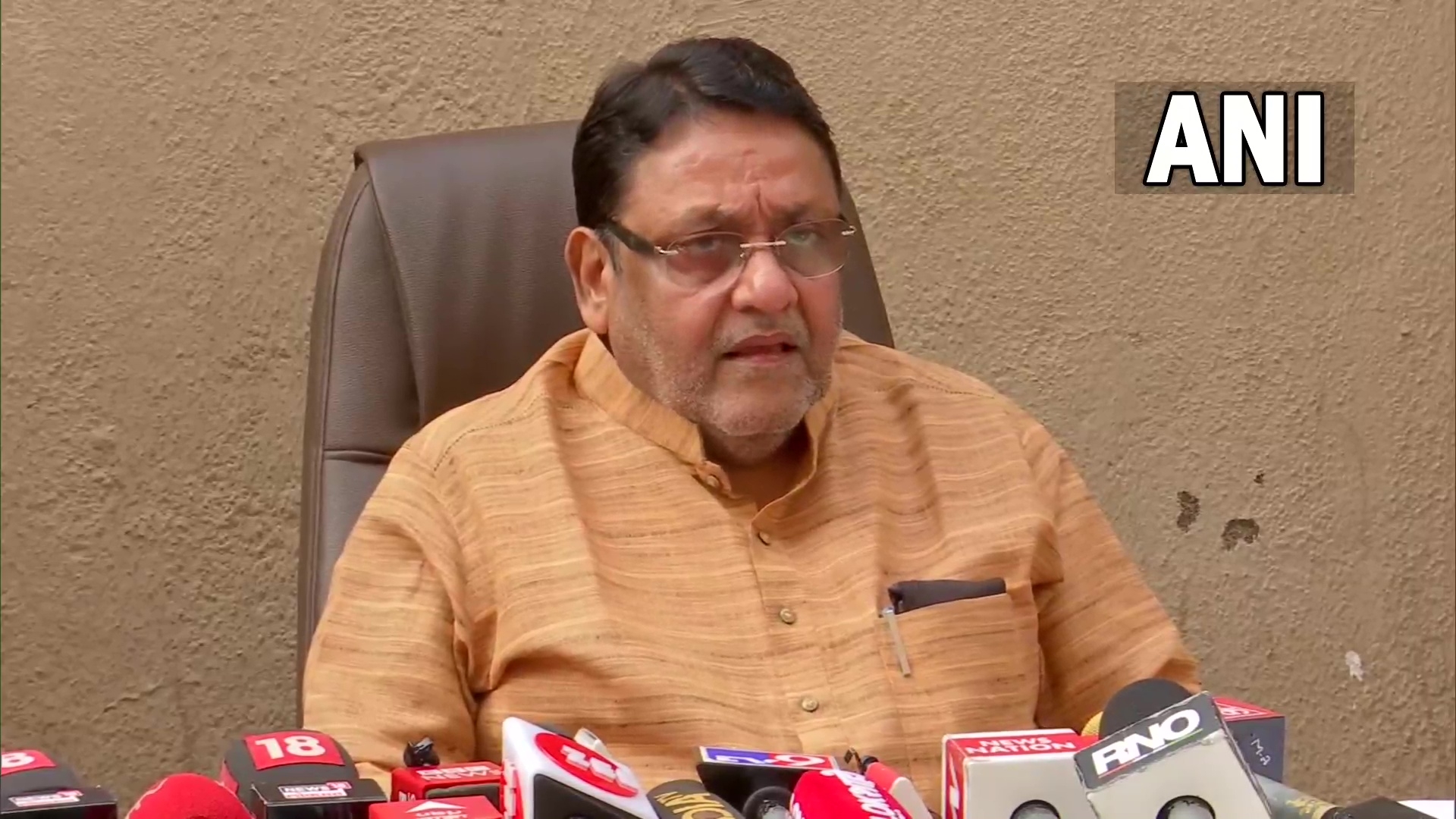 Maharashtra minister and NCP leader Nawab Malik on Tuesday refuted former Chief Minister Devendra Fadnavis' allegations that he has relations with the underworld.

The NCP leader also said that he has spent 62 years of his life in Mumbai but no one had the guts to say he had such connections.

"Yesterday, Devendra ji said, 'Main Diwali ke baad bomb phodunga'. You don't need to wait. It was said that Nawab Malik has underworld connections. I spent 62 years of my life in this city. Nobody has the guts to point fingers and say that I've underworld connections," Malik told the media.

Malik also said that Sameer Wankhede submitted his caste certificate to NCSC chairman Vijay Sampla, who said he will forward it to the Maharashtra government. "It will be verified by the Caste Verification Committee," he added.

Nawab Malik has alleged that the officer forged his caste certificate and other documents to secure a job as IRS officer under the SC quota after clearing the UPSC examination. He also said Wankhede is a Muslim by birth, a claim the officer has denied.

While talking about Former Maharashtra home minister Anil Deshmukh's arrest, Nawab Malik said that the arrest is politically motivated and aimed at maligning the image of the state's Maha Vikas Aghadi government leaders.

"The entire action (of arresting Deshmukh) is politically motivated. It is aimed at scaring the leaders of the Maha Vikas Aghadi (Shiv Sena-NCP-Congress alliance)," Malik told reporters.

Deshmukh was arrested by the Enforcement Directorate (ED) late Monday night after over 12 hours of questioning in a money-laundering case linked to an alleged extortion racket in the state police establishment.