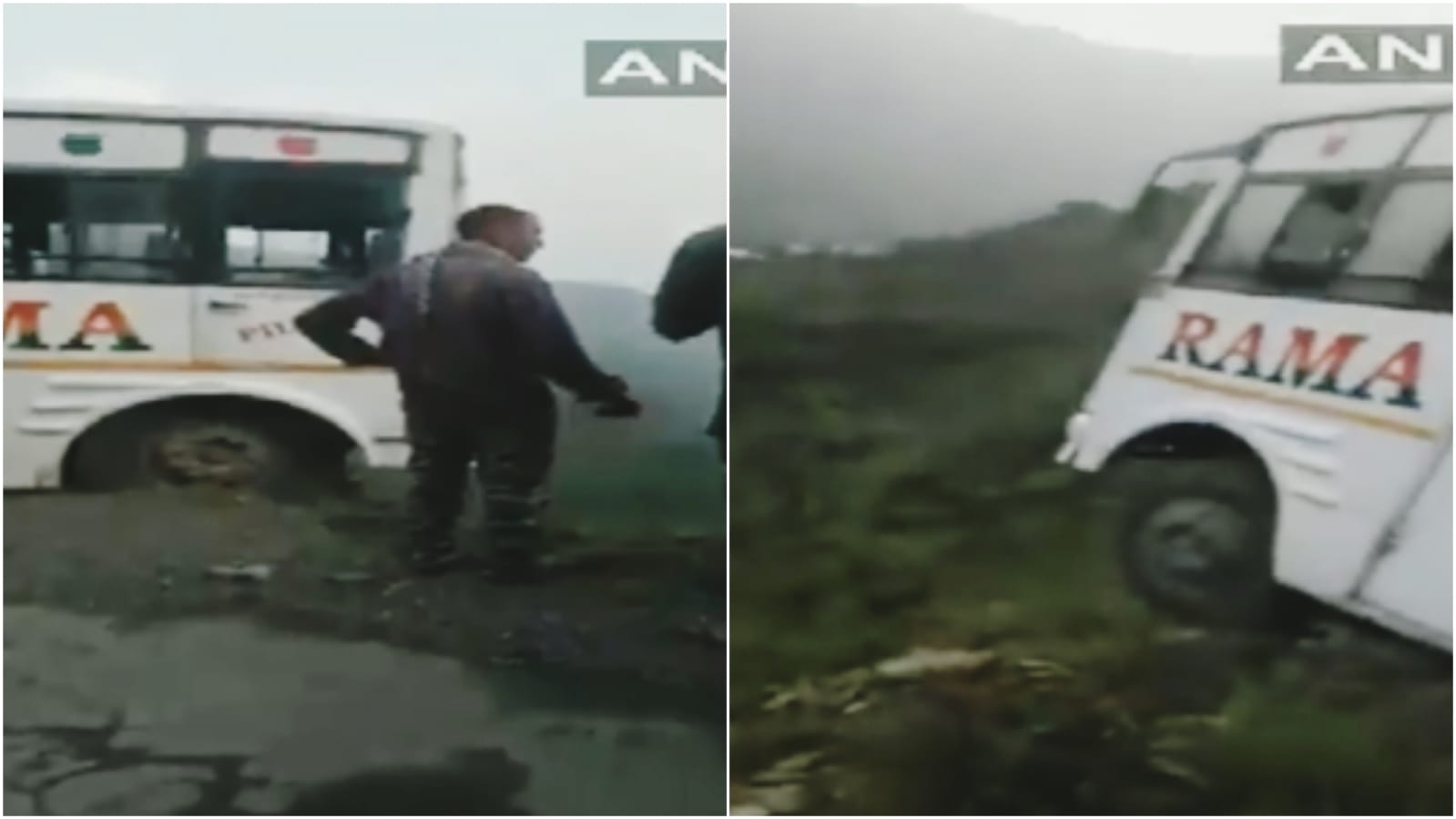 Alertness of the driver, averted a major accident in Chamba district on Friday when a private bus veered off-road and hung dangerously from the road in Himachal Pradesh.

Meanwhile, regarding the situation in the blocked Chandrabhaga (Chenab) river, Chief Minister of Himachal Pradesh Jai Ram Thakur on Friday said it is now becoming normal as water discharge has started up to 50 per cent.

Thakur said the teams were deployed in the area of the blockage in the morning and people in lower areas were evacuated.

"In the morning as soon as we got to know about the blockage of the river due to landslide, the NDRF team was deployed on the spot. I directed the tribal Development Minister, Chief Secretary, and DGP to rush the spot. Things are getting normal as water discharge is increasing. So far we have shifted the villagers in the lower region to the safer places as a precautionary measure," the CM said.

A high-level team comprising Tribal Development Minister Ram Lal Markanda, along with Chief Secretary Ram Subhag Singh and Director General of Police Sanjay Kundu reviewed the blockage of Chandrabhaga river at Nalanda village in Lahaul-Spiti district, which was caused due to Landslides in the district.

The officials also visited the spot along with District Administration and assessed the situation. As per the state disaster management Authority, four houses have been partially damaged due to the water flow affecting 16 families of the village. The total loss is estimated to be Rs 52 lakhs.