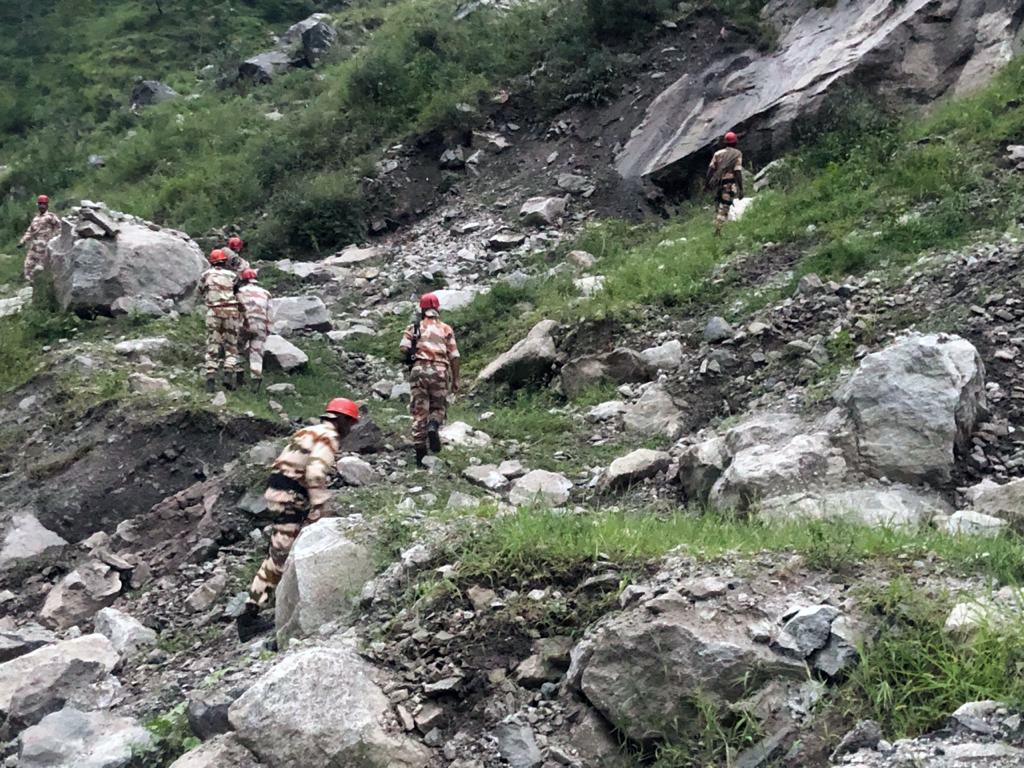 Three more bodies were recovered from the site of the landslide in Himachal Pradesh's Kinnaur, taking the toll to 17, while two people were injured on Friday after stones falling down a mountainside hit their bus near the area, a senior official said. Search and rescue operation had to be suspended for several hours on Friday as boulders were falling in between at the landslide site near Chaura village in the district, Kinnaur Deputy Commissioner Abid Hussain Sadiq said.

State Disaster Management Director Sudesh Kumar Mokhta said that stones falling down a mountainside hit an HRTC bus, which was crossing the site around 4.40 pm on Friday, injuring a woman and a boy. The bus was on its way to Reckong Peo from Mandi, he added. A major landslide was reported from Kinnaur district in Himachal Pradesh on Wednesday, in which several vehicles, including a Himachal Road Transport Corporation (HRTC) bus carrying over 40 passengers, were buried under the debris.

Mokhta said search and rescue operation, which were suspended on Thursday night, resumed on Friday around 5.30 am. A Bolero and its passengers feared buried under the rubble could not be traced so far, he said, adding that it might be possible that the vehicle rolled down with the debris. The rescue operation is being carried out jointly by the National Disaster Response Force (NDRF), Indo-Tibetan Border Police (ITBP) and the members of local police and home guards.

On the day of the incident, 10 bodies were recovered and 13 people rescued. Earlier on Wednesday, eight bodies were found trapped in a Tata Sumo taxi during the search and rescue operation. Two cars had also been recovered in a damaged condition on Wednesday, but no one was found in them.

Earlier on Thursday, four bodies were found from the landslide site. Chief Minister Jai Ram Thakur had informed the state assembly after visiting the spot on Thursday that 16 people were still missing.

An HRTC bus, which along with other vehicles was buried under the debris, was found in a badly damaged condition on Thursday. On Friday, after recovery of three more bodies, at least 13 people are still missing, officials said. A truck was also found, which had rolled down towards a riverside due to stones falling down a mountainside and the driver's body was recovered.