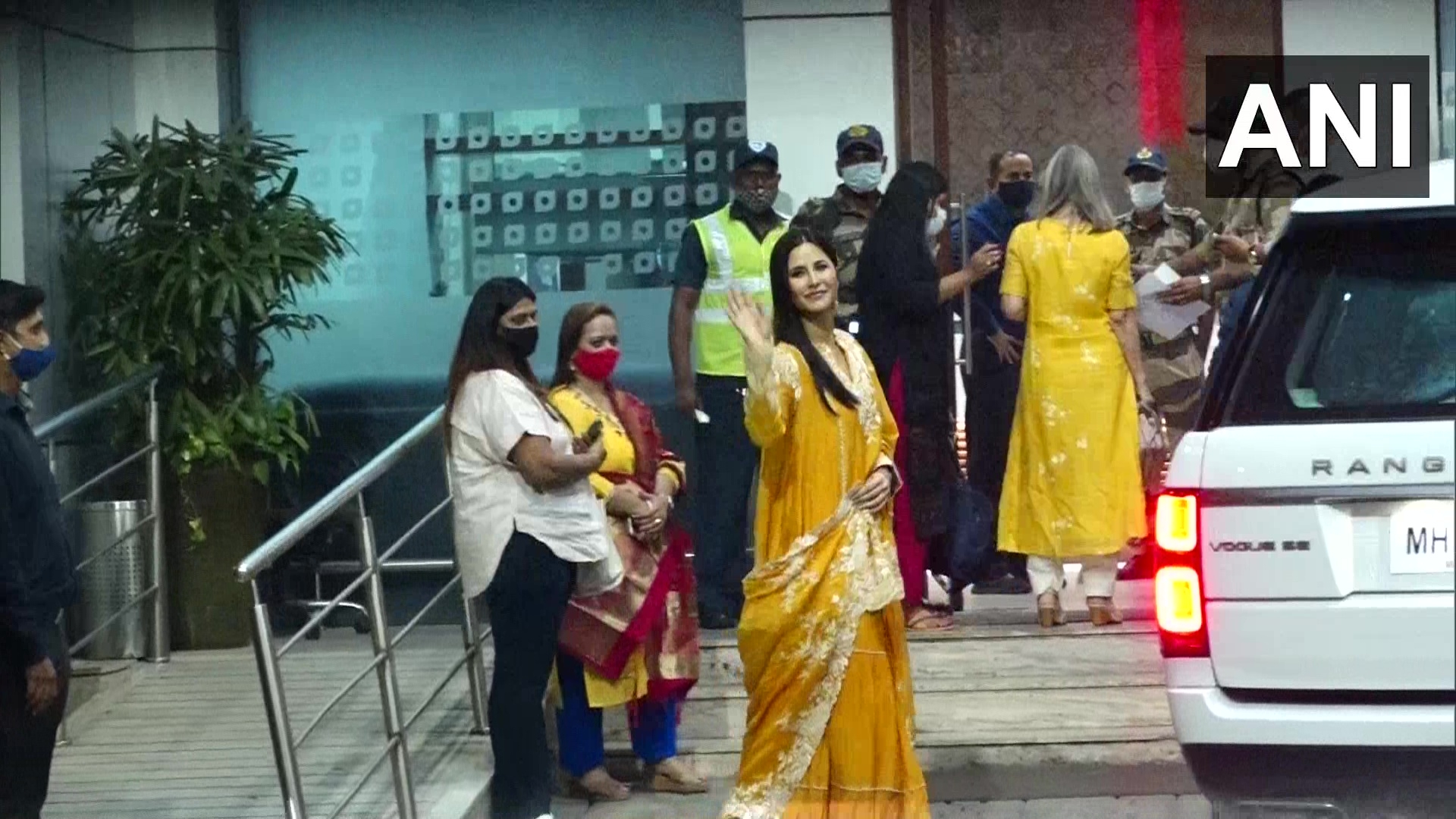 Vicky Kaushal and Katrina Kaif, on Monday, were seen jetting off to Rajasthan for their rumoured wedding festivities.

Before sitting in her car, she also waved and smiled patiently for her fans and media.

As per reports, Vicky was seen at the Kalina airport, wearing a peach printed shirt and tan trousers. 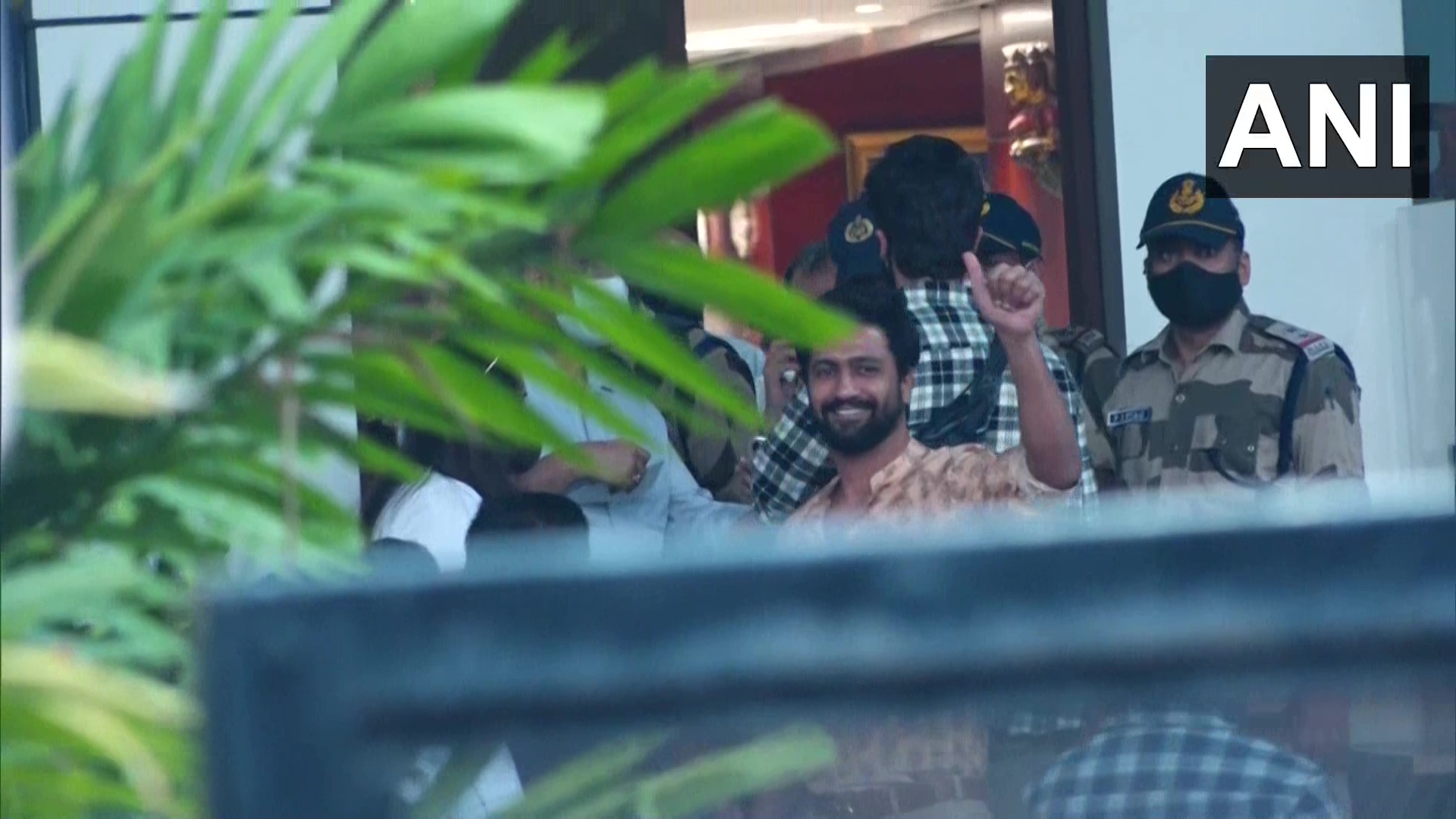 The 'Sardar Udham' actor could be seen smiling and waving for the cameras.

Earlier today, Katrina's sister Natacha along with other family members was seen at the Jaipur Airport.

Fashion stylist Anaita Shroff Adajania, who is also styling Katrina for her upcoming film 'Tiger 3', was also spotted at the airport.

Katrina's sister Isabelle was seen jetting off to Rajasthan with other relatives.

A source has revealed that the guestlist for the wedding has been finalised to 120 members. Filmmaker Kabir Khan, producer Amritpal Singh Bindra and director Anand Tiwari are likely to attend the high-profile wedding.

Last night, the paparazzi clicked Katrina, her mother and other family members outside Vicky's residence in Mumbai.

While Katrina and Vicky's wedding rumours have been making headlines, the two have never confirmed their relationship publically. However, the duo has been spotted together at several events and occasions.