HomeMumbaiWATCH: 'Not good for your seniority or your age' Union minister Amit Shah loses his cool in Lok Sabha after interruption from TMC MP

WATCH: 'Not good for your seniority or your age' Union minister Amit Shah loses his cool in Lok Sabha after interruption from TMC MP

A seemingly angry Shah says, "You should understand the gravity of the topic and not do this all the time. You should not have spoken."

New Delhi: Union Home minister Amit Shah on Wednesday lost his cool in the Lok Sabha. Shah was interrupted by TMC MP Saugata Roy while he was speaking.

Shah goes on to sit down refusing to speak after which the Speaker of the House requests him to stand up and speak. A seemingly angry Shah says, "You should understand the gravity of the topic and not do this all the time. You should not have spoken." One of ministers from the house asks him why does he get so angry, to which Shah says that he is not getting angry, he is just explaining it to Roy because sometimes even the elders need to be made to understand things.

Shah was speaking on the policies adopted by the Government of India on the drug menace in the country.

Union Home Minister Amit Shah on Wednesday vowed to put big criminals involved in narcotics trafficking behind bars in the next two years, saying profits from the drug trade were being used to finance terrorism and the "dirty money" was detrimental to the country's economy.

Responding to a short-duration discussion in Lok Sabha on the problem of drug abuse in the country and steps taken by the government to control it, Shah said the Centre has empowered the Border Security Force, Seema Suraksha Bal and Assam Rifles to register cases under the Narcotic Drugs and Psychotropic Substances Act.

Shah also lashed out at those politicising the issue, saying agencies cannot work effectively if they are powerless.

Shah said Prime Minister Narendra Modi had spelt out a zero-tolerance policy against the drugs trade and has set a goal of a drugs-free India for the Home Ministry.

Read Also
Amit Shah on drug menace: Profits being made from drugs are utilised for terrorism 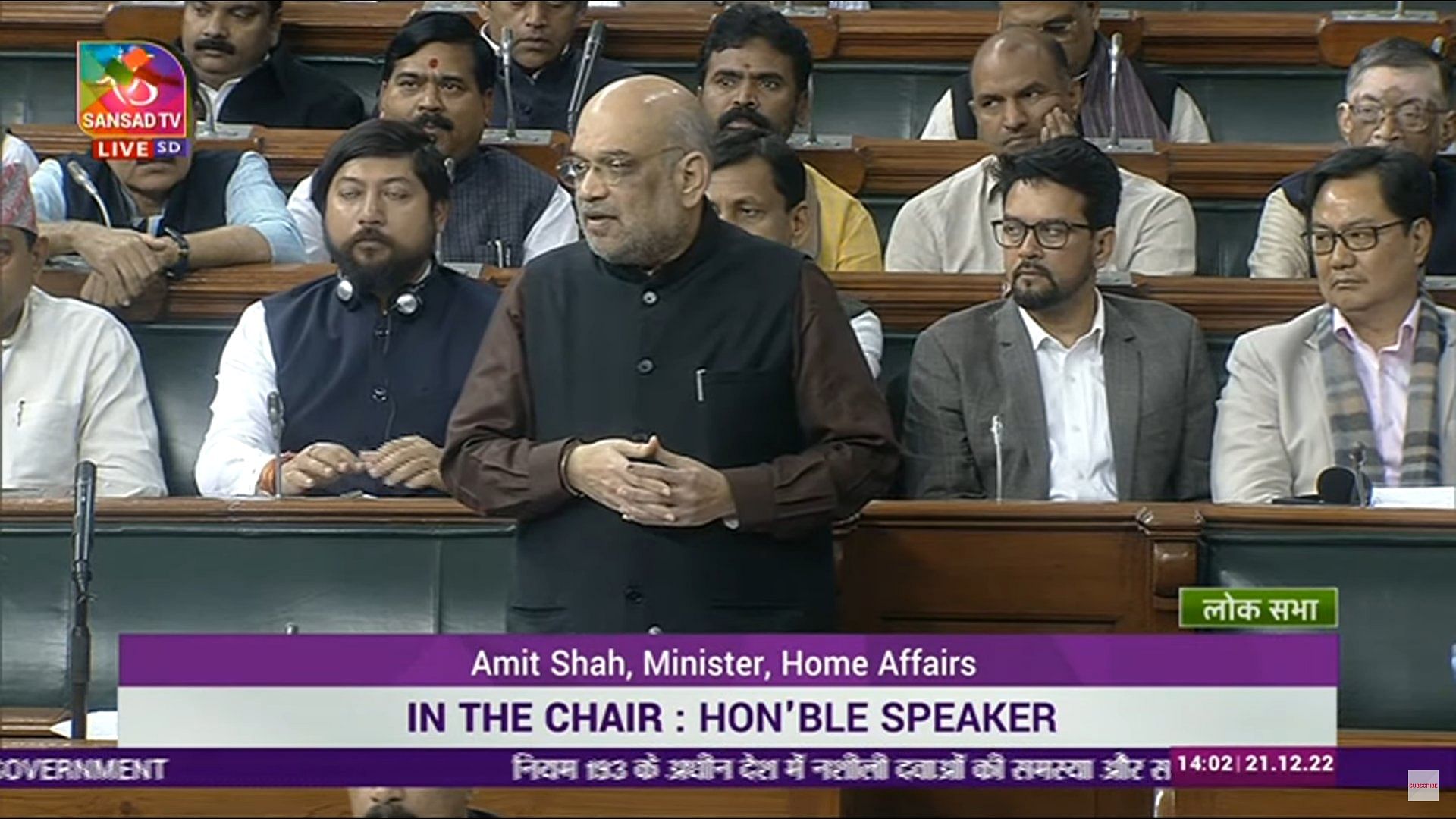 Mumbai: Even after SC order, CCTVs not installed in RPF stations, reveals RTI