The incident occurred near Gosiya Masjid, Pipeline Road at around 3am. The water gushed 10-12 feet high and entered nearby houses and some shops.

WATCH: Mumbai's Asalpha flooded after pipeline burst |
Follow us on

Mumbai: A British-era 72-inch water supply pipeline ruptured on the intervening night of Friday and Saturday, causing a flood-like situation in Asalpha village, Ghatkopar West. Several houses were inundated and vehicles damaged creating panic in the area. The pipeline was repaired and the water supply was restored by evening, said the civic officials.

The incident occurred near Gosiya Masjid, Pipeline Road at around 3am. The water gushed 10-12 feet high and entered nearby houses and some shops. The sudden flooding at night left the locals bewildered. “The water entered the houses damaging and washing away the household items. The electricity was immediately turned off and people had to drain out water from their houses,” said Pradeep Khair, a resident.

The civic staff of N-ward and firefighters immediately rushed to the spot. While one team rushed to close the valve at Powai, the other reached the leakage site and started repair work on war-footing. Welding of the ruptured portion was completed swiftly by the officials. But the supply to 50% of Ghatkopar region and other areas were affected throughout the day owing to water loss. The force of water was so strong that water flew upto 10 ft high at the burst point. The waves of water quickly entered the houses and shops in the surrounding area. Due to this, the entire belongings of the house were washed away leaving furniture damaged.

Read Also
Mumbai: Water in city to get costlier as BMC raises tax by 7.12% 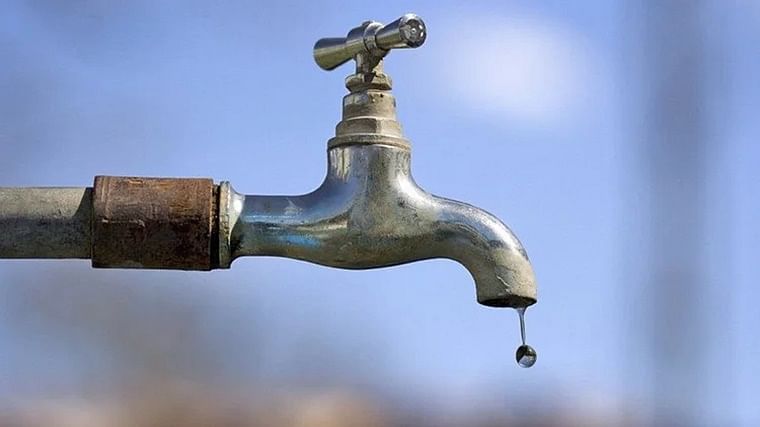 Complete chaos due to sudden flooding among residents

Ex-corporator Kiran Landge said that the incident happened at midnight when people were in deep sleep. The water entered nearly 400 houses in the Asalpha area. Several houses were damaged and filled with mud. The residents were pumping out water and cleaning their houses throughout the night. Two vehicles were also washed away. The pipeline was repaired by Saturday afternoon and the water supply was restored. “We have completed a panchnama of 130 houses till now and will request the state government to give the affected people some compensation,” he said.