Vinayak Damodar Savarkar Death Anniversary: 15 things you must know about the Hindutva ideologue

Vinayak Damodar Savarkar was born May 28, 1883, at Bhagur village of Nashik district in Maharashtra. He died on February 26, 1966, in Mumbai.

Vinayak Damodar Savarkar, popularly known as Veer Savarkar, is perhaps one of the most controverisal figures in India's recent history. The Hindutva ideologue has his ardent followers, namely the Rashtriya Swayamsevak Sangh (RSS) and its organisations, on the other hand, he is also detested by a section of society and is openly mocked by many, including Congress leader Rahul Gandhi.

Vinayak Damodar Savarkar was born May 28, 1883, at Bhagur village of Nashik district in Maharashtra. He died on February 26, 1966, in Mumbai.

Here are 15 things you must know about Vinayak Damodar Savarkar:

1. In his teenage, Veer Savarkar formed a youth organisation known as Mitra Mela. This organisation was put into place to advocate revolutionary ideas.

2. He was an advocate of Hindutva from childhood. When he was 12-years-old, Savarkar led a march with his schoolmates to vandalise a mosque in order to take revenge against the 'atrocities' committed against Hindus by Muslims. This is mentioned in Jyotirmaya Sharma's book "Hindutva: Exploring the Idea of Hindu Nationalism".

3. While pursuing his B.A. from Pune's Fergusson College, he was inspired by Lokmanya Tilak’s appeal to boycott British goods. On October 7, 1905, during Dusshera, Savarkar made a bonfire and burnt all his foreign clothes and goods.

4. Savarkar was arrested in 1909 on charges of plotting an armed revolt against the Morle-Minto reform. He tried to escape by diving in the water but was arrested. In 1911, he was sentenced to two life sentences i.e. 50 years in the cellular jail of Andamans, also known as Kala Pani.

5. Savarkar is often tagged as a "traitor" for "begging for mercy" from the British government when he was in the Andamans. However, his supporters claim that the clemency was for his fellow political prisoners, even if it meant leaving him "alone" in the jail.

6. In 1924, under strict conditions of not participating in politics for five years, Savarkar was released from jail. However, he continued working towards the abolishment of untouchability in Ratnagiri. In 1930, he also practised dining of all Hindus together irrelevant of their castes.

7. Many of Savarkar's books or those based on his works were banned by British government, which included 'The Indian War of Independence of 1857'. The book was seen as highly inflammatory, and the Marathi edition was banned even before its publication. British publishing houses were warned against publishing. However, it was printed in the Netherlands in 1909, with the British government not tracing it until too late.

8. Savarkar wasn't a cow worshipper. He told his followers: "Care for cows, do not worship them."

9. He also had no qualms about vegetarianism like several Brahmins of the time. In 1906, he met young Mohandas Karamchand Gandhi for the first time when the latter came to the India House in London where Savarkar and other revolutionaries lived. Savarkar happened to be frying prawns when Gandhi dropped in. Savarkar offered him to eat, however, Gandhi refused as he was a staunch vegetarian.

10. Savarkar appealed that "every true Indian needs to resolve in his or her mind to absolve oneself of…seven fetters". These were Vedoktabandi (exclusivity of access to Vedic literature), Vyavasayabandi (continuation of a profession by virtue of one’s birth), Sparshabandi (practices of untouchability), Samudrabandi (forbidding the crossing of the seas to go to foreign lands), Shuddhibandi (disallowing reconversions to Hinduism), Rotibandi (the practice of inter-caste dining), Betibandi (rigidity in abolishing inter-caste marriage).

11. Freedom fighter Bhagat Singh called Savarkar as "braveheart". In 1924, a Hindi weekly which used to be published from Calcutta, carried Singh's article titled "Vishwa Prem". "The one who loves this world is that braveheart, whom we don’t feel ashamed to call as a fierce insurgent and a fanatic anarchist — this is the Veer (brave) Savarkar," it said.

12. Savarkar was chargesheeted in the assassination of Mahatma Gandhi, however, he was exonerated because no corroborative evidence of his involvement was furnished.

13. In 1964, Savarkar felt his purpose in life was fulfilled as India had gained Independence and it was time to leave. So he declared his wish to attain samadhi and started a hunger strike on February 1, 1966. He passed away on February 26, 1966.

14. Former Prime Minister Indira Gandhi had described Savarkar as the "remarkable son of India". In 1970, her government also issued a postal stamp in Savarkar's honour.

15. The airport at Port Blair, Andaman and Nicobar’s capital, was renamed as 'Veer Savarkar International Airport' in 2002.

Read Also
'Minister of Disinformation and Propaganda': Tushar Gandhi hits out at Rajnath Singh for... 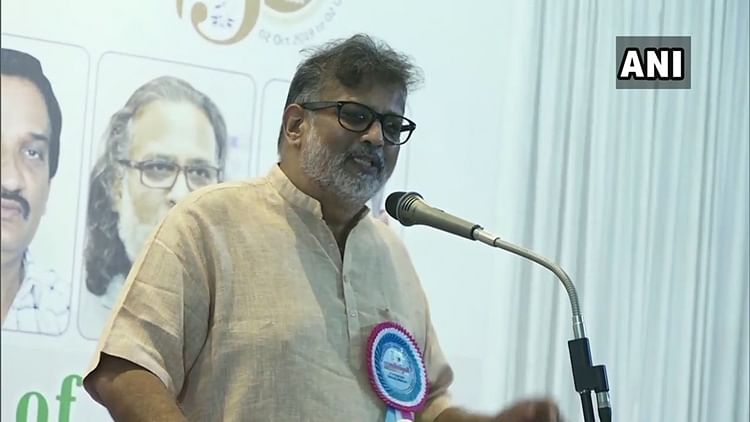 HomeMumbaiVinayak Damodar Savarkar Death Anniversary: 15 things you must know about the Hindutva ideologue