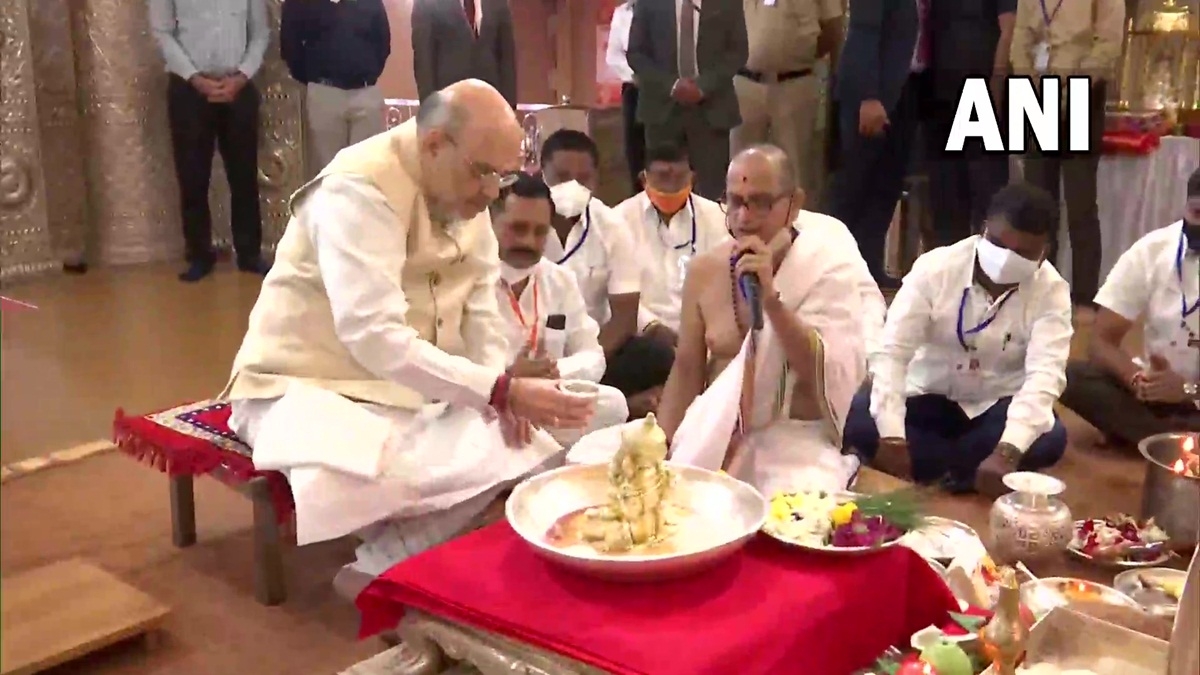 Amit Shah, who is on a two-day visit to Maharashtra, on Saturday had offered prayers at Sai Baba temple in Shirdi.

Shah, who is on a two-day visit to Maharashtra, which commenced on Saturday, earlier attended Dr Vitthalrao Vikhe Patil Literary Award distribution programme and Cooperation Council Conference in Ahmednagar.

Making a veiled attack on the Maha Vikash Aghadi (MVA) government in Maharashtra, Union Minister for Home Affairs and Co-operation, Amit Shah, said on Saturday that the state is left with only three cooperatives now.

"There was a time when district cooperatives in every district of Maharashtra were considered as ideal. But what has become of them today as only three are left," he asked.

He further said that Prime Minister Narendra Modi had established the Ministry of Co-operation in the 75th year of India's Independence, and "I definitely want to tell the workers in the cooperative movement that the PM Modi-led government will immediately provide all help that the cooperatives require".

"We want this movement to move forward," he said. Shah also said that now no one can be unjust with the cooperative movement, but at the same time, the need of the hour is to bring transparency, increase efficiency, provide space to youth with professional backgrounds.

The mantra of cooperatives will have to be included in the cooperative movement and these mantras have to be given a proper place, he added.