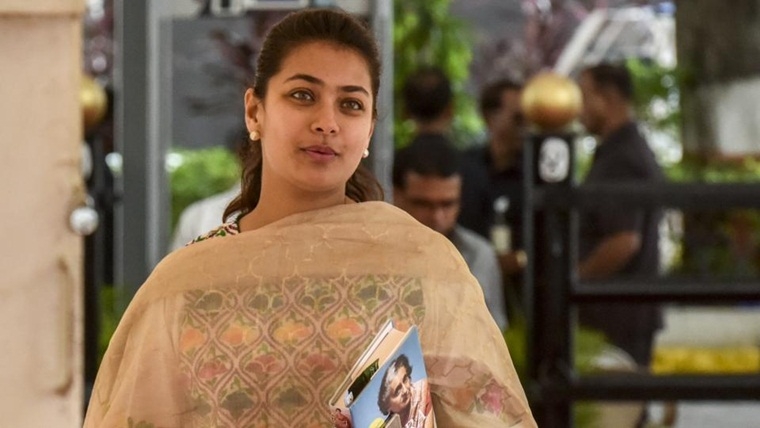 The Youth Congress leader has asked from the Congress high command to give justice to Praniti Shinde by inducting her into the cabinet. According to ABP Majha, in the same manner other youth Congress members will write to Congress' high command. In the meanwhile, Praniti Shinde told ABP Majha that she was not upset with the party and refuted sepculations of resignation. 'Some people are spreading rumours': Sanjay Raut not 'upset' about snub to brother by MVA

Three-time MLA Praniti Shinde have been dropped from cabinet expansion. Praniti Shinde won the Maharashtra Assembly elections from the Solapur constituency by a margin of 12719 votes.