Tiles, railings of bridge near Ulhasnagar railway station washed away by rains

The connecting bridge is maintained by Ulhasnagar Municipal Corporation (UMC) and is said to be 40 years old.
FPJ Web Desk 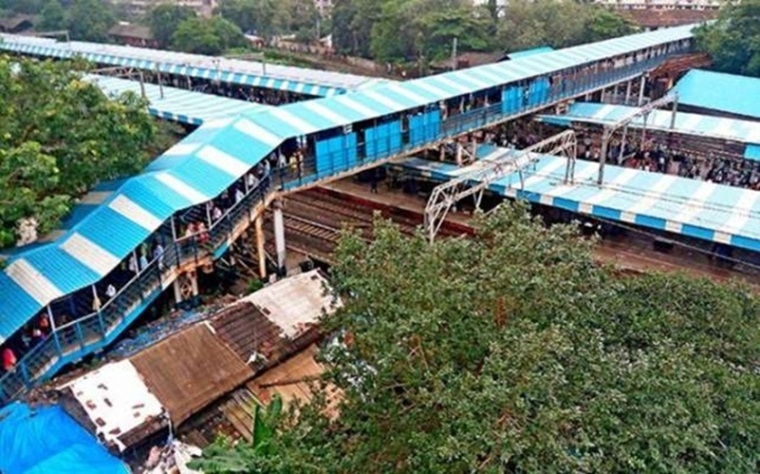 The conditions of railway bridges in Mumbai have been under scrutiny for a while now. The commuters at Ulhasnagar railway station are witnessing unusual encounters where they have to use a bridge without railings and broken tiles.

According to Hindustan Times, after heavy rainfall on July 27, which led to Waldhuni River overflowing, the railings and tiles on a connecting bridge at Ulhasnagar railway station were washed away. The connecting bridge is the only way to reach Chandibai Himathmal Mansukhani (CHM) College from the Ulhasnagar railway station, which is used both by college students as well as other commuters.

The connecting bridge is maintained by Ulhasnagar Municipal Corporation (UMC) and is said to be 40 years old. Banners have also been put up asking commuters to not use the bridge. UMC’s public relations officer Yuvraj Badhane told the Hindustan Times, “We could not take up repair work of the bridge because it has been raining continuously. We have alerted people to not take the bridge. They are still using it. Soon, we will take up the repair work and fix the railing and tiles.” Sushama Mahtre, 23, a student of CHM College told the leading daily, “We are now walking through broken tiles and have to be very careful as there is no railing.”