Members of the National Disaster Response Force (NDRF), along with local police, search for victims after an under construction building collapsed in the village of Shah Beri village in Greater Noida, a satellite town east of the Indian capital, in Uttar Pradesh on July 18, 2018. At least two people were killed and more were feared trapped after an under-construction building collapsed onto a residential complex outside Delhi, officials said on July 18. | AFP PHOTO / Prakash SINGH
Follow us on

The Ulhasnagar police have registered a case against two people including a builder and his partner, for culpable homicide not amounting to murder, after a slab of building collapsed. On May 25, a slab of fifth floor of a five storey Sai Shakti building in Ulhasnagar collapsed to the ground floor, killing 7 people and injuring five others in the incident.

Ganesh Shimpi, Assistant municipal commissioner, ward committee number 1 of Ulhasnagar Municipal Corporation (UMC), the complainant in the case confirmed about a case been registered on Friday at Ulhasnagar police station under section 304 (punishment for culpable homicide not amounting to murder), 336 (act endangering life or personal safety of others) and 34 (common intention) of the Indian penal code and sections of the Maharashtra Regional and Town planning act, 1966.

The police on Friday filed a case against the builder Balram. T. Mulchandani and his partner B.A.G enterprises. "After the slab collapse incident, an inquiry committee was set up by Dr. Raja Dayani, Municipal Commissioner, UMC. The committee came out with the findings, which was submitted to the municipal commissioner. Accordingly as per instruction from the commissioner a case was registered on Friday," added Shimpi.

Yuvraj Badane, deputy municipal commissioner and public relation officer of UMC said, "The report from the inquiry committee found the building was built around 27 years ago in between 1994-1996". "The slab of flat 504 living room came crashing down, 404, 304, 204, 104 to the ground floor killing seven people", added Badane.

"The report claims that the builders have not taken any permission from the authorities for the construction. It was an illegal structure built using low quality materials. The builder was aware about the dangerous construction, which may lead to the death of people. Then too he sold the flat and forcefully made people stay in", said a police officer.

The Ulhasnagar police are yet to arrest any accused in the case and are investigating the matter. 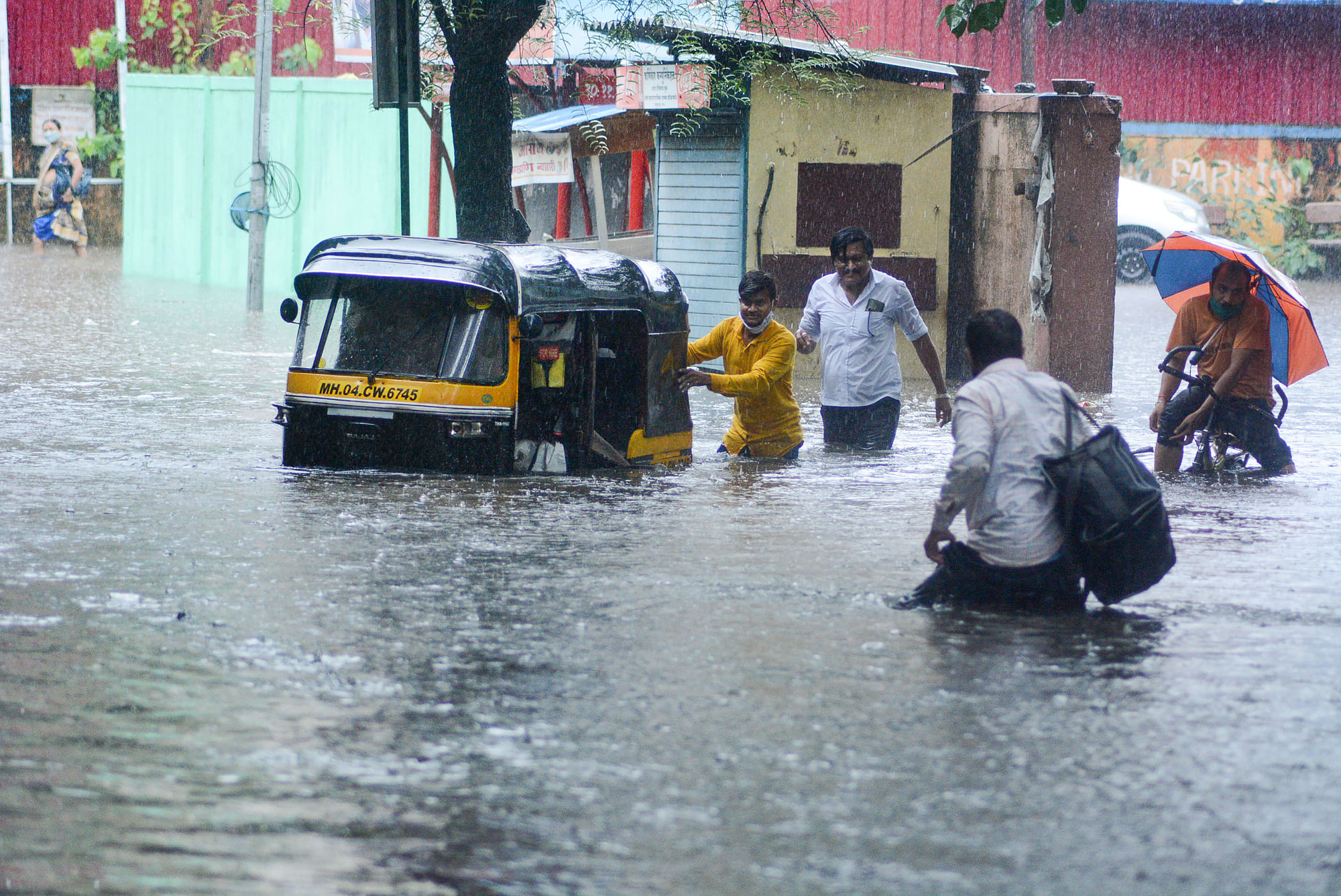