Thane: A truck carrying vegetables toppled near Patlipada bridge, Ghodbunder Road in Thane during wee hours on Tuesday. The truck driver and three other workers traveling in the truck suffered injuries due to the accident. They were immediately sent to a nearby hospital. No casualty was reported, informed official. 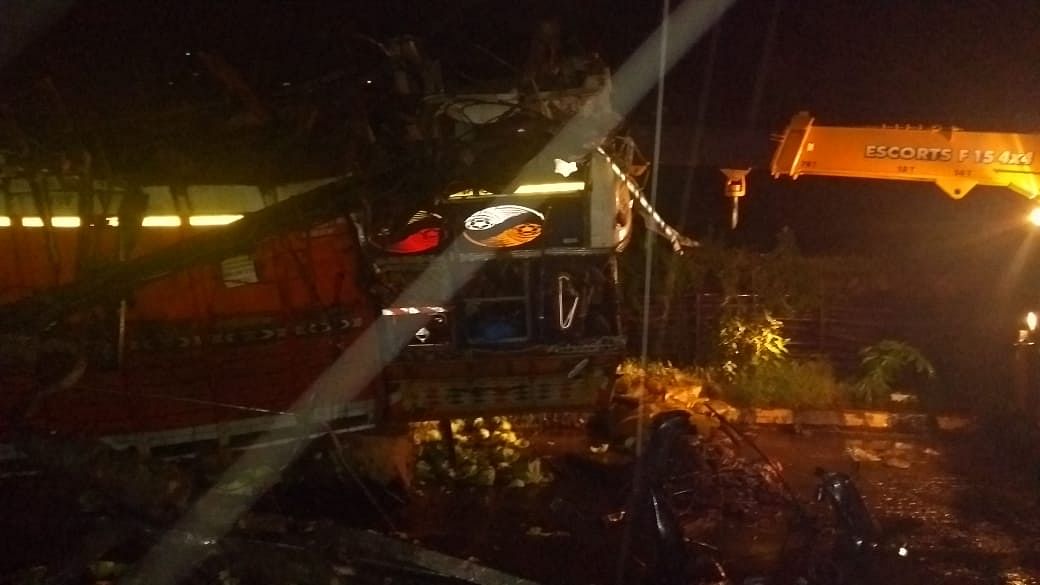 "The accident took place at around 2:30 am when a truck loaded with vegetables was moving towards Gujarat from Bangalore. The driver of the truck lost his control leading to the accident. The truck turned upside-down, causing injuries to the driver and the other 3 workers traveling in the truck. However, no casualty was reported, in this accident," informed RDMC official from Thane. 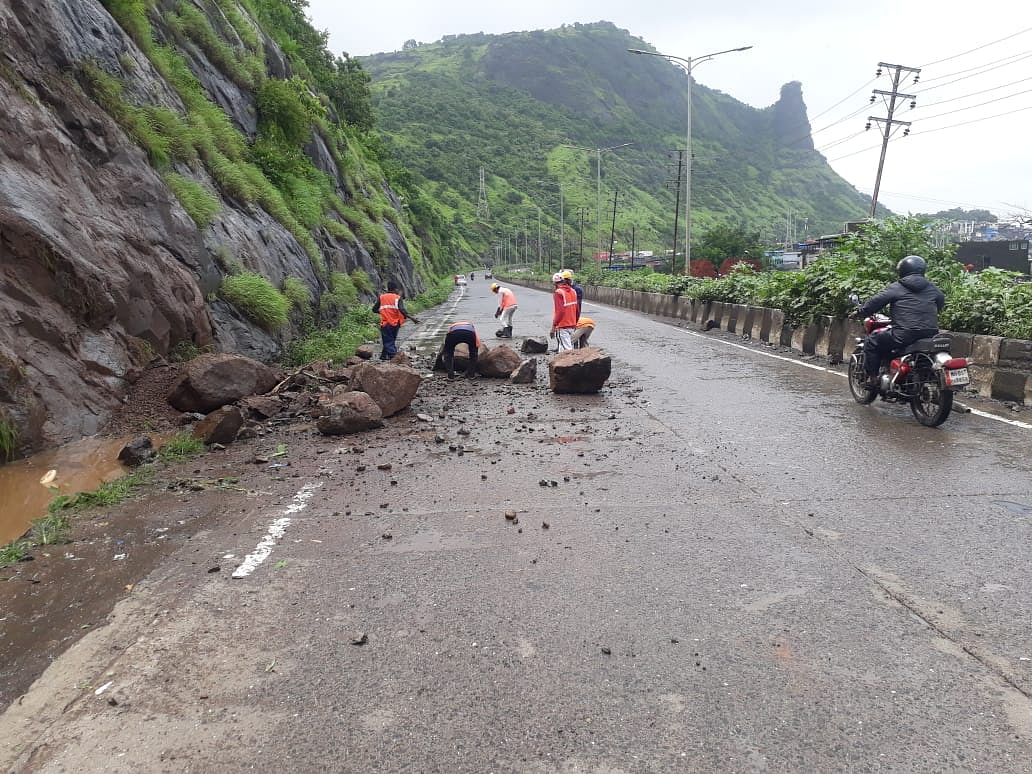 Following the alert call, the RDMC (Regional Disaster Management cell) team reached the spot with rescue vehicles. Both local police and traffic team were at the spot to manage the traffic until it was removed from the road.

The injured have been identified as Mohammad Waris, 30 (driver), Imtiyaaz Gaffur, 23; Jakir Hussain, 28 and Mohammed Yusuf Ali, 45. They were shifted to Kalwa hospital in Thane. The driver has received head and back injuries while the other three have suffered minor leg injuries, informed, RDMC official, Thane. 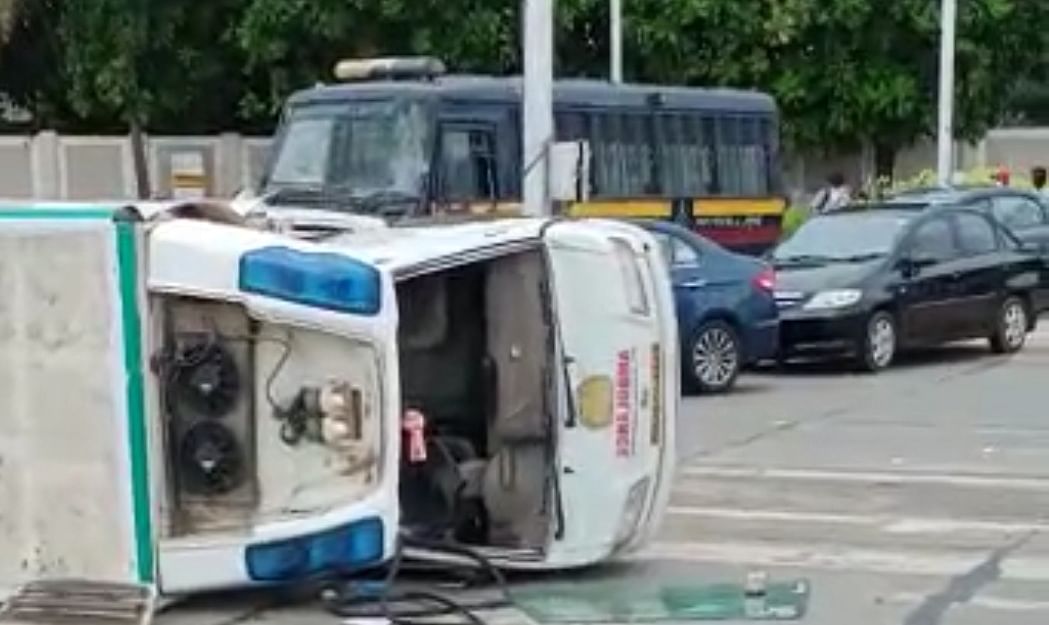