Thane: Thane residents, local environmentalists and kids have come forward to save rare trees and create awareness about their importance and significance. The school children who participated in the event tied Rakhis to the trees, made from waste, to 'protect' them.

The Thane Municipal Corporation's Tree Authority has been found to be ignorant about the presence of such a rare trees on the roads. It is found that around 450 trees are being affected in the road-widening work from Clariant Bus Stand to Nandibaba Chowk. Many of these trees are more than 50 years old, and more than 25 of these trees were recently damaged and broken after which local environmentalists and activists showed dissatisfaction over the same. "Taking a step ahead, the locals came together and formed a group of tree lovers in Kolshet and started a public awareness campaign against tree cutting and damage," said a local activist. Meanwhile, the tree expert Dr Mansi Joshi, informed the locals about the presence of a valuable Urvashi tree in this belt. The citizens had expressed their dissatisfaction by writing a letter to Thane Municipal Commissioner Dr. Vipin Sharma demanded to stop tree cutting, falling and conservation of rare trees. "Though a month passed after demanding protection of Urvashi tree, no action was taken by authorities to lift the radar here," added the activist.

Activists claim it was simply impossible to pick up the construction debris thrown here without the help of machinery. The citizens worked together to clean up the surrounding area and take a collective initiative to clear the suffocating breath of the Urvashi tree. 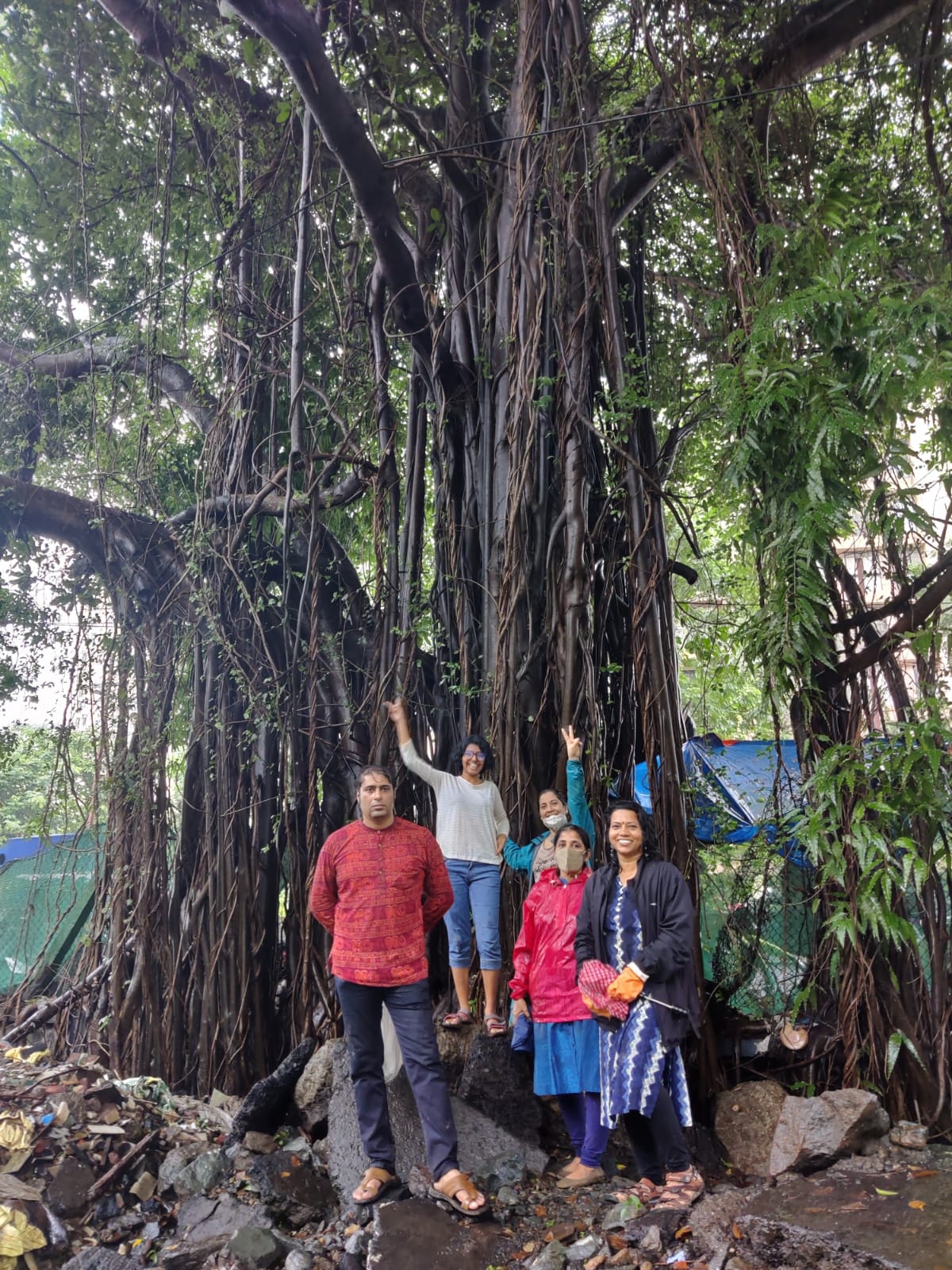 Activists of Yeoor Environmental Society and Muse foundation members joined the clean-up drive. "Fertilizer made from wet waste was added to the trees and a stone protective square was constructed. The school children celebrated by tying rakhi made from waste materials. In order to make the citizens aware about this important tree, a scientific information board of Urvashi tree has been put up near the tree by the tree lovers. The Kolshet Tree Lovers Group has appealed to the people of Thane to take initiative for the conservation of rare trees by putting up a large public awareness board with the aim of preserving the history of this tree," said an activist participating in the event.

Lata Menon, a local activist, observed that the ever-blooming Urvashi tree did not blossom after it was radarized with its trunk.

"Radical changes have recently been made to the Tree Act to protect rare heritage trees. Environment Minister Aaditya Thackeray had taken the initiative in this regard. Since the Guardian Minister of Thane heads the Urban Development Department of the state, he needs to look into this matter on the basis of caste. There are many rare heritage trees in the Kolshet area. Green activists from all over the world visit here to see it. Development work is being carried out on the trees which are protected in the premises of the companies here. Although there is a huge outcry among the stations as no distinction is being made in this regard, the Guardian Minister himself should look into the matter and give instructions to the Thane Municipal Corporation for the protection of rare heritage trees," Rohit Joshi, Environmental Worker, from Thane.