HomeMumbaiThane: One arrested for breaking into ATM Kiosk at Dombivli

Thane: One arrested for breaking into ATM Kiosk at Dombivli

The police during investigation found the accused Chordiya was working to load and unload cash into an ATM kiosk for Axis bank.

A 35-year-old man was arrested by the Manpada police for attempting theft at an ATM Kiosk in Dombivli. The police said the arrested accused is identified as Rahul Pramod Choradiya, 35, who was found with a drill machine and screw driver.

The police during the investigation found the accused Chordiya was working to load and unload cash into an ATM kiosk for Axis bank. Hence, he had knowledge on how to break the ATM Kiosk. He took the chance to attempt the theft.

The police said it was on March 27, at 2 AM the Manpada police team were patrolling the vicinity. When they saw the shutter of an Axis bank ATM kiosk half opened. It was the axis bank ATM kiosk near the ground floor of Vaze building, Manpada circle, Dombivli east. "Finding it suspicious the police team reached the spot and found Choradiya was breaking the ATM Kiosk. They caught him while breaking a ATM Kiosk with drill machine and screwdriver. The team arrested him," said Shekar Bagade, senior police inspector, Manpada police station.

On the complaint of Rakesh Dekne 32, ATM Kiosk operator, a case has been registered with Manpada police station under sections 457, 380 and 511 of the Indian penal code. "The accused was working for the bank and had knowlegde about the cash and loading job. As he was aware of it, he attempted the theft. He was arrested and produced in court and is been remanded in police custody till April 4," added Bagade. 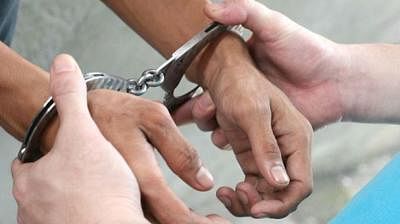