HomeMumbaiThane: Mankoli bridge will be opened for public in April 2023, says MMRDA chief

The bridge will reduce the time of commute between Thane-Dombivali from more than an hour to half an hour and will ease traffic congestion in the city.

The Mankoli bridge being constructed on the creek between Retibunder Mothagaon on the Dombivali side and Mankoli on the Bhiwandi side will be opened for the public in April 2023, informed the Mumbai Metropolitan Region Development Authority (MMRDA) Commissioner SVR Srinivas. The bridge will reduce the time of commute between Thane-Dombivali from more than an hour to half an hour and will ease traffic congestion in the city.

A meeting was held between top Kalyan-Dombivali Municipal Corporation (KDMC) and MMRDA officials at the MMRDA office on Monday (Oct 3) to discuss the current status of Mankoli bridge to review progress. Srinivas said the work on the bridge is in its final stages and the milestone addition will be completed by April 2023.

NCP leader and former MP Anand Paranjape said, “The process for Mankoli bridge started in 2013. I was the first to play an important role in getting funds of around Rs 200 crore approved by MMRDA for the work. The tender process for this bridge was started in 2014 and went on for a year. However, due to some technical hurdles, the contractors were given the opportunity to make improvements to the bridge design.”

The foundation stone for the Mankoli bridge was laid by former Chief Minister Devendra Fadnavis on Sep 18, 2016. The completion time set for this bridge was 36 months. Fadnavis, at the time, appealed to the then MMRDA commissioner UPS Madan to complete the work with the help of available technical assistance within the next 18 months.

Srinivas said, “It took three to four years to acquire land on the Bhiwandi side of this bridge. The construction was not completed within the stipulated time as the construction work continued very slowly. Also for two years, the work was slowly paced due to the coronavirus outbreak.” 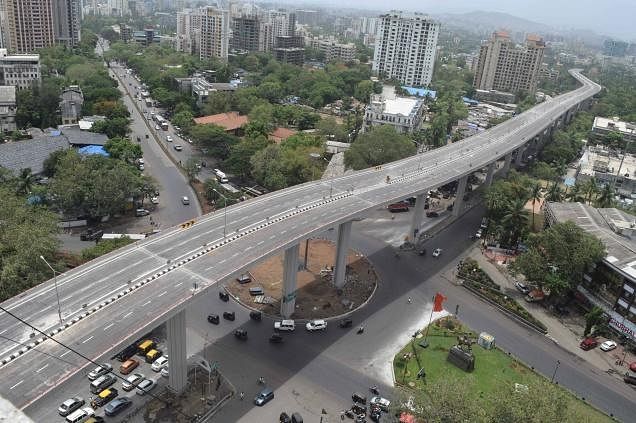