The Gaimukh Chowpatty, which was named after the late Balasaheb Thackeray, is in the worst condition as the Thane Municipal Corporation (TMC) has not turned towards it since the last three years.

The lake-side, which was set up on Ghodbunder road in Thane in 2019 in association with TMC and Maharashtra Maritime Board with the aim of providing a tourist spot, entertainment and recreation place to residents, has lost its charm as TMC has totally ignored the place, alleged city president of public interest and law department of Maharashtra Navnirman Sena (MNS), Thane, Swapnil Mahindrakar .

Mahindrakar added, " The Gaimukh Chowpatty was inaugurated by Aditya Thackeray and now Maharashtra chief minister Eknath Shinde in the year 2019 for the benefit of citizens. But now the place is not safe for anyone as there is no street light and no security available, thus inviting untoward incidents at the site. The non-maintenance of chowpatty has once again raised a question mark on the administration of the TMC, which has turned a blind eye to its maintenance. " The premises is in worst shape since last three years. |

Mahindrakar further added, "Thane Municipal Corporation has spent about 40 crores on this project and its ancillary works. The electric poles are not working, and there is a possibility of children falling into the water. The faucets that were installed were stolen. The area became a den of drunkards. The people heading towards this place often return with complaints. "

"Already, Thane is witnessing a spike in the number of cases of molestations of women and girls. Hence, it is necessary for the administration to take action and provide safety at the chowpatty. Both the Maharashtra Maritime Board and the TMC are responsible for the destruction of this chowpatty. The new TMC commissioner, Abhijit Bangar, will soon get an idea of what the behaviour of the administration of the Thane civic body is about the ambitious projects in Thane," concluded Mahindrakar.

Even after several attempts, both Maharashtra Maritime Board and TMC officials were unavailable for comment. 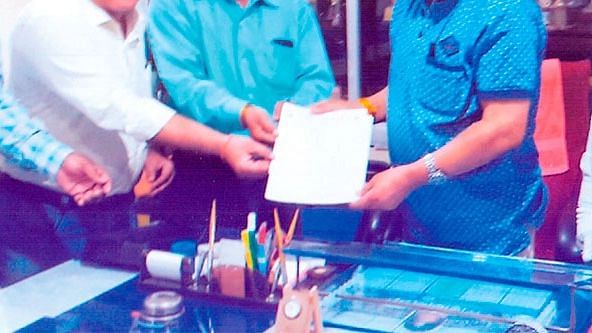 Server down at Mumbai International Airport, check-ins for all airlines impacted