HomeMumbaiThane: Four arrested for threatening man at gunpoint in Diva

Thane: Four arrested for threatening man at gunpoint in Diva

Thane: The Mumbra police have arrested four people for threatening a 28-year-old man from Diva at gunpoint.

The police said the victim complainant Dilip Maurya, (28), works at the APMC market in Sanpada, Navi Mumbai. Maurya stays with his wife in Diva along with his 6 year-old-boy.

Maurya, who is based from Uttar Pradesh in his statement to the police said that on September 15, he left his residence at 10:30 pm for work at the APMC market.

He took an auto-rickshaw from Bedekar Nagar, Diva east. While he was on his way two unknown people approached him on a motorcycle, which didn't have any number plate. "They stopped the auto-rickshaw in front of Kalyan hospital and threatened him with a pistol. They even fired a bullet, however, it missed. The victim then fled to the hospital to get away," said a police officer from Mumbra police station.

"The police team first arrested Patil and Rajbar who came on the motorcycle and threatened Maurya with a firearm. During the investigation, they revealed that they were bribed with Supari by the other two accused to threaten Maurya," said a police officer.

The police team found that Patil while planning the crime approached Shinde who owns a salon.

"Shinde arranged the two henchmen. We suspect Rupesh Patil was in an alleged relationship with Maurya's wife who is an LIC agent. In order to get Maurya out of the game, he planned the act and gave Rs 1 lakh for the same," added the officer.

The police said in December 2020 too Maurya was attacked by some assailants who attacked him and took away his cash. "A case was then registered with Mumbra, but there was no clarity about the mastermind," the officer said.

Madhukar Kad, senior police inspector, Mumbra police station confirmed the arrest saying, "We have seized the pistol and two rounds from the accused. The motorcycle used in the crime was seized. We are checking whether they brought the pistol from," added Kad. 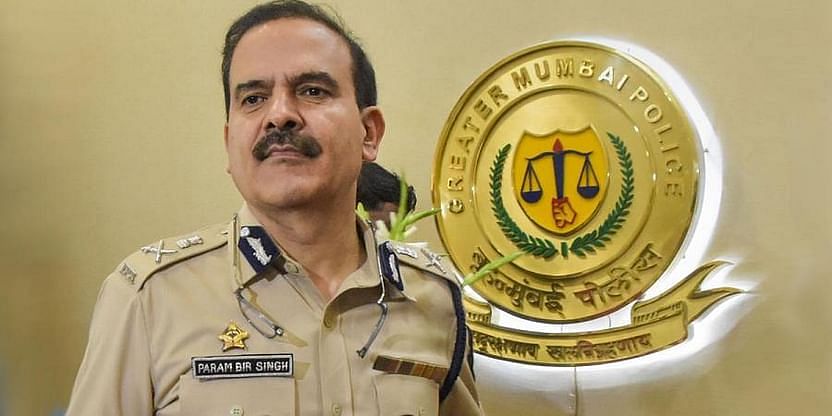