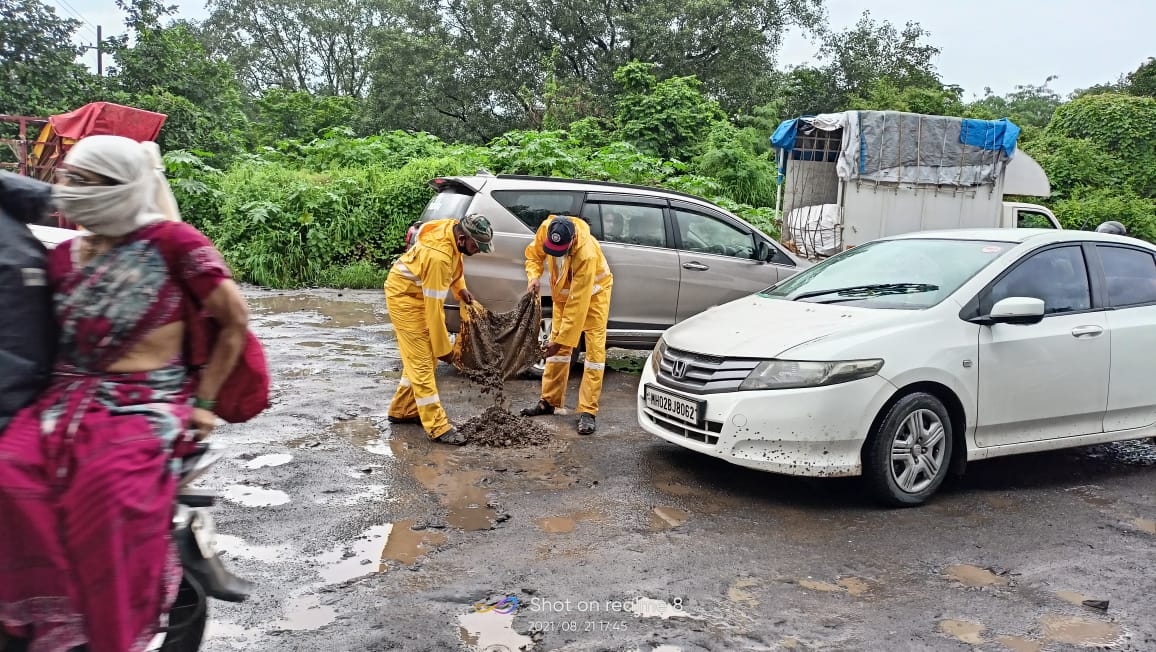 To ease traffic snarls cause due to potholes in the city, the traffic police from Dombivli took up the task and filled up potholes. The police have even written to the Kalyan-Dombivli Municipal Corporation (KDMC) to fill up the potholes and solve the traffic issues within their limits.

Umesh Gitte, Senior police inspector, Dombivli traffic unit claimed that the road from Thakurli Bridge to Bawan chawl which connects Dombivli east to Dombivli west is full of potholes. "As the road is connecting the city’s east to west limits there was a heavy movement of vehicles on the road. The route which takes 10 minutes used to take almost 1 hours to 90 minutes. Citizens traveling on the route to go outstation used to get late in the traffic and regularly complain about the same," added Gitte.

Taking a step ahead to solve the traffic issue Gitte along with four constables started filling the pothole on Saturday. "We took debris, stone and sand from the nearby road repair and rail work. The potholes on the stretch were filled up on Saturday to solve the traffic issue. But Sunday again due to rain the potholes again emerged, resulting in huge traffic snarls on the stretch," added Gitte.

The Dombivli traffic police had now written to KDMC to complete the road repair work on the stretch. "We recently gave a letter to the KDMC authorities explaining to them the problem caused due to potholes and the traffic snarls caused due to it. They have ensured to solve the issue as soon as possible," added Gitte.