Supriya not in race for CM post: Sharad Pawar 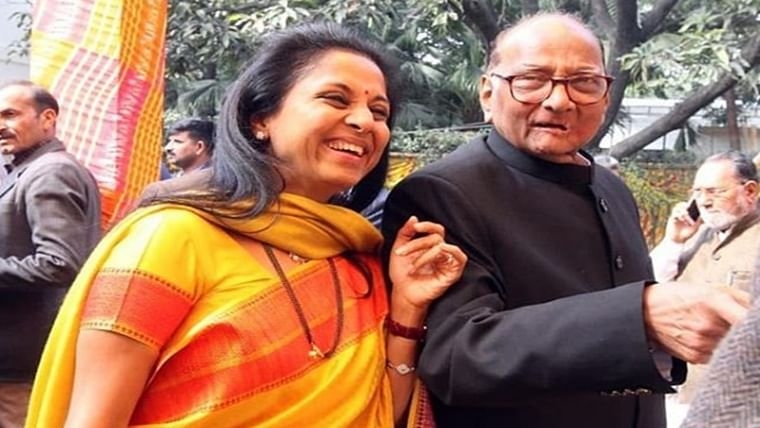 At a time when the Shiv Sena-led Maha Vikas Aghadi (MVA) government in the state has completed one year in power, the Nationalist Congress Party chief Sharad Pawar has made a major disclosure about his daughter and party MP Supriya Sule on her making to the post of chief minister of Maharashtra.

Pawar said, “Supriya is not interested in state politics but pursuing her interest in the national politics.’’ He thereby has made it clear that Supriya is not in the race for the CM’s post while hinting that the party has a team of capable leaders who will be considered for the same.

Pawar further said that the NCP has a team of leaders who enjoy support across. “Some of them include Ajit Pawar, Jayant Patil and Dhananjay Munde, who are capable leader,” he opined.

His statement is crucial as there has been a grapevine within the party on how Supriya and Pawar’s nephew Ajit are nurturing ambition of becoming the CM of the state.

Pawar has yet again clarified the roles clearly for his nephew Ajit Pawar, who is the deputy chief minister of the state, and daughter Supriya in politics. Ajit Pawar, who had staged a rebellion last year and took the oath as deputy CM with Devendra Fandnavis as CM, has returned to the NCP fold soon. Despite his failed coup, Pawar and NCP have pardoned him and made him the deputy CM, the post he is holding for the fourth time in his career.

Ajit had missed the boat when his uncle despite winning three seats more than the Congress in 2004 left claim over CM’s post. NCP’s decision paved the way for Congress assuming the CM’s post. Ajit is yet to forget the party’s “sacrifice” in the larger interest of the Congress-NCP government in the state.