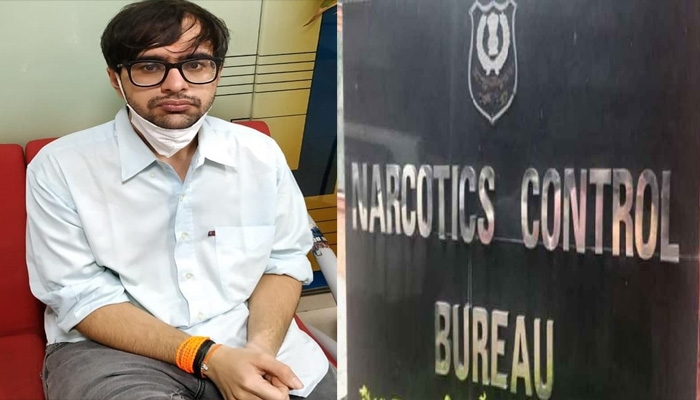 Suryadeep Malhotra was produced before a court through video conferencing |

The NCB has summoned Shruti Modi, former business manager of late actor and talent manager Jaya Saha to appear before them on Wednesday. The agency said that the duo has been summoned to "join the investigations."

Malhotra was detained by the agency on Monday and searches were conducted at his residence. Malhotra was produced before a court through video conferencing on Tuesday and was sent to NCB’s custody till September 18.

Goa-based alleged drug peddler Chris Costa who was brought to the city was also sent to NCB’s custody till September 17. Seeking his custody, Special Public Prosecutor for the agency Atul Sarpande told the court that he is connected with the other co-accused in the case and that further investigation was required. He also informed the court about the recovery of 0.4 gm of Charas from Costa.

Costa is accused of allegedly supplying drugs to Anuj Keshwani who has been already arrested in the case.

Keshwani is accused to be part of the drug chain unearthed by the agency. Keshwani’s counsel has earlier denied the allegations stating that he is innocent.

The NCB is checking antecedents of Costa. “A search at Costa’s residence resulted in the recovery of Rs 15.80 lakh cash,” said the officer.

NCB also conducted searches on Tuesday and seized a Mercedes Benz car from Karamjeet Singh Anand alias KJ, an alleged drug supplier who has also been arrested earlier in the case.

The agency is also scanning details of parties of celebrities with the late actor and if drugs were consumed.

The NCB is piecing together the chain of people involved in the alleged drug trafficking related to the case. The agency is questioning people over alleged drug procurement and selling.