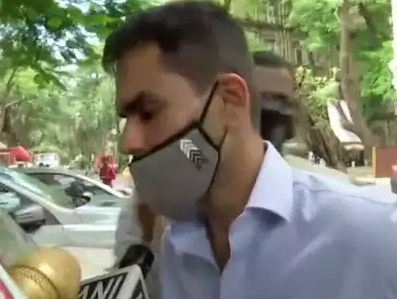 Goa-based alleged drug peddler Chris Costa who was brought to the city by the Narcotics Control Bureau (NCB) in connection with a drug case related to the death of actor Sushant Singh Rajput was sent to judicial custody (JC) by a court on Thursday.

NCB stated that Costa was sent to JC till October 1. “We have uncovered many details during the interrogation but cannot release them now,” Special public prosecutor Atul Sarpande told media persons.

NCB arrested Costa from Goa and has stated that he is connected with the other co-accused in the case. The agency had recovered 0.4 gm of Charas from Costa. He is accused of allegedly supplying drugs to Anuj Keshwani who has been already arrested in the case. Keshwani is accused to be part of the drug chain unearthed by the agency. Keshwani’s counsel has earlier denied the allegations stating that he is innocent.

Suryadeep Malhotra will be produced before court on Friday who is currently under NCB's custody. The agency sources have revealed that Malhotra supplied drugs to the late actor through house manager Samuel Miranda and Showik Chakraborty.

Meanwhile, the bail applications of accused Abdul Basit Parihar, Samuel Miranda and Dipesh Sawant will be heard in Bombay High Court on Friday.

Strengthening their probe into the ongoing drug probe, the NCB on Thursday searched multiple locations in the city based on the inputs received during questioning of the arrested persons. The searches are in connection with the alleged drug network being run in the city providing contraband through carriers.

The agency has registered two FIRs in this regard. The first FIR was filed based on the inputs provided by the Enforcement Directorate (ED), which had stumbled upon chats between Rhea and others, in which drugs were allegedly discussed. The mandate of the second FIR is to unearth the alleged drug cartel involved. The arrests have been made based on the second FIR registered by the agency.