Ahead of the BMC polls, the BJP realises that Rane’s outburst may give Uddhav Thackeray and his party an advantage
Sanjay Jog 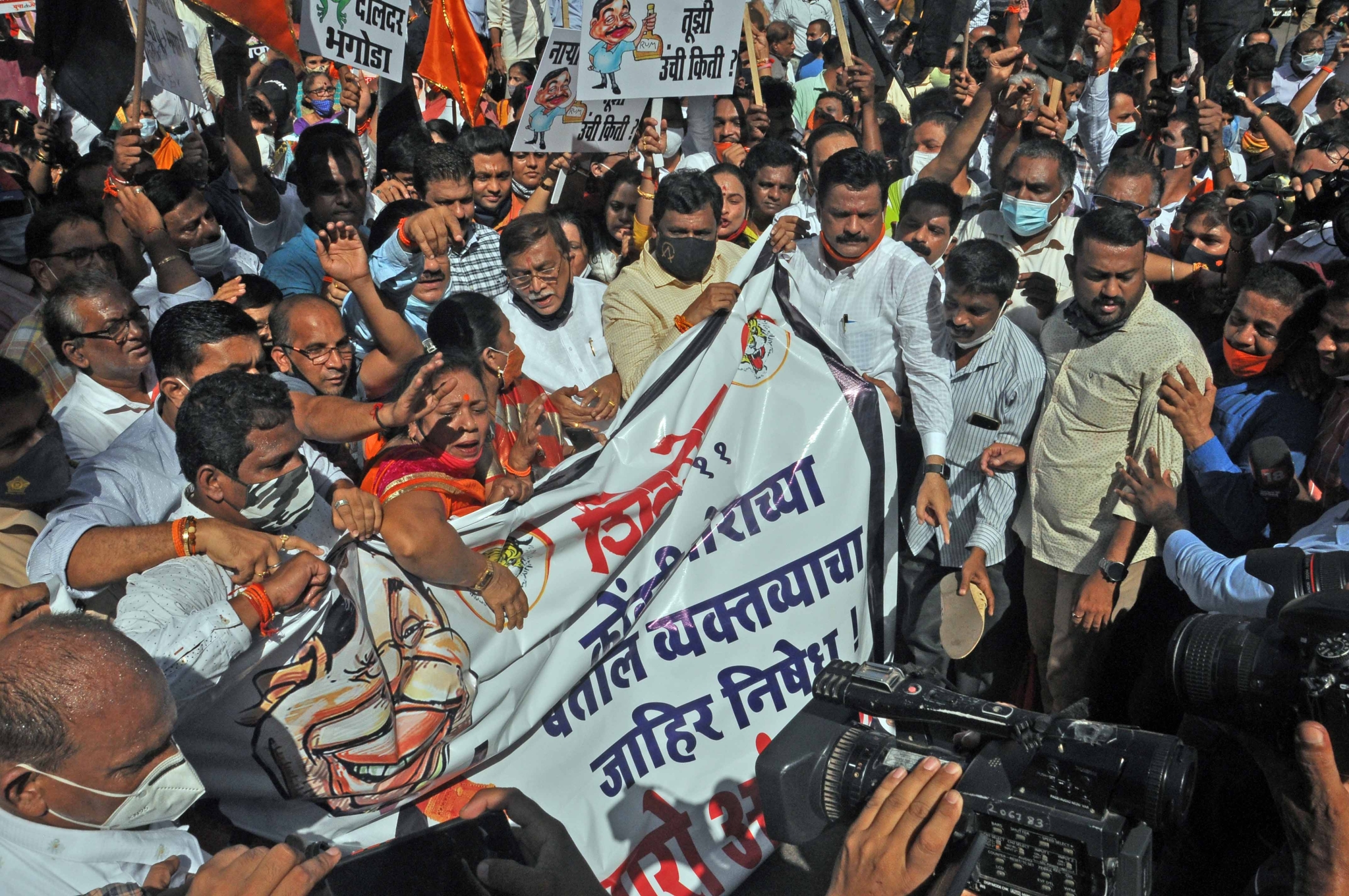 Mumbai: The animosity between the Shiv Sena and Union Minister Narayan Rane is expected to grow with his arrest. The Sena has indicated it will no longer tolerate Rane’s slurs against the party, especially against Chief Minister Uddhav Thackeray. The party has, in fact, received a boost in cornering Rane, who is now isolated in the BJP ahead of the ensuing elections to the Brihanmumbai Municipal Corporation.

Sena insiders said Rane’s repeated attacks against the CM forced the party to take an aggressive posture and take its rivals head on. Sena MP Vinayak Raut claimed Rane is an opportunist and does not pose any threat. “Rane’s clout is over in his home district Sindhudurg and he has no relevance in the Konkan region. If he continues to target the party and the CM, Shiv Sena will give a befitting reply,” he noted.

Although Rane may be down owing to his arrest, he is certainly not out as he will not leave a single opportunity to fire a salvo against the Shiv Sena, a party that he deserted in 2005, and Uddhav. Rane’s two sons Nilesh and Nitesh are his two lieutenants who are expected to continue vitriolic attack against Thackeray and his party.

Since deserting the Shiv Sena, Rane has harboured strained feelings for Uddhav Thackeray, with continued tension prevailing between the two. Rane has yet to digest the manner in which his mentor, late Balasaheb Thackeray, promoted his son in the party organisation.

Rane, who joined the Congress party in 2005 and the BJP in 2019, has stepped up his attack against the CM and the MVA government over handling of the coronavirus pandemic, even demanding the imposition of Presidential Rule. At the launch of his Jan Ashirwad Yatra on August 19, he roared that the Sena will be defeated in the upcoming BMC polls and the BJP will expose Sena’s sins of 32 years.

The BJP knows Rane’s potential and limitations. Rane has been fielded to take on the Sena in a bid to checkmate the latter in its bastion, the Konkan region, and also in Mumbai. Now, however, the BJP realises that Rane’s outburst may create problems while giving Thackeray and his party an advantage.