Six shops gutted in major fire in Vasai, none hurt 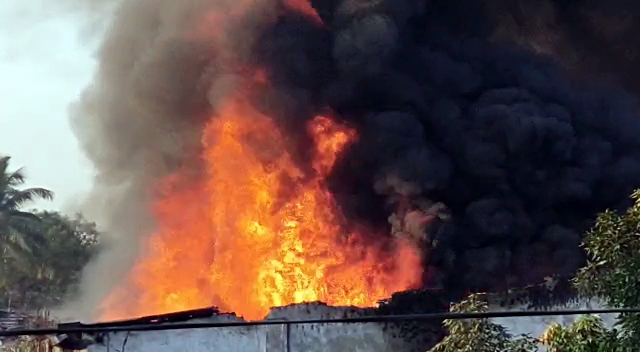 Six shops were gutted in a major fire at Vasai in Palghar district early on Friday, officials said.

No casualty was reported in the blaze that erupted in one of the shops located in Valiv junction area around 1 am, a fire brigade official said.

"The fire started from one of the shops and quickly spread to other adjoining units. A total of six shops selling different things like mobiles, footwear and snacks, were gutted in the fire. But nobody was injured," he said.

"After being alerted, one fire engine was rushed to the spot and the fire was brought under control within an hour," the official said.

The cause of the blaze is being ascertained, he said.