HomeMumbaiSena vs Sena: Supreme Court to hear the case on November 29

Sena vs Sena: Supreme Court to hear the case on November 29

The court in their hearing asked the counsels representing the Uddhav Thackeray and Eknath Shinde factions to club written submissions and compile their documentary material together in four weeks.

New Delhi: The Supreme Court which resumed the hearing in Sena vs Sena case on Tuesday, November 1. The Constitution Bench headed by Justice DY Chandrachud asked the sparring factions of Shiv Sena led by Uddhav Thackeray and Maharashtra Chief Minister Eknath Shinde to compile their written submissions and documentary material.

The court noted that the two parties' counsel has to create a common index and granted four weeks' time for the same. The bench said that the court will next hear the case on November 29.

Read Also
Sena vs Sena: Hearing on disputes in Supreme Court from November 1 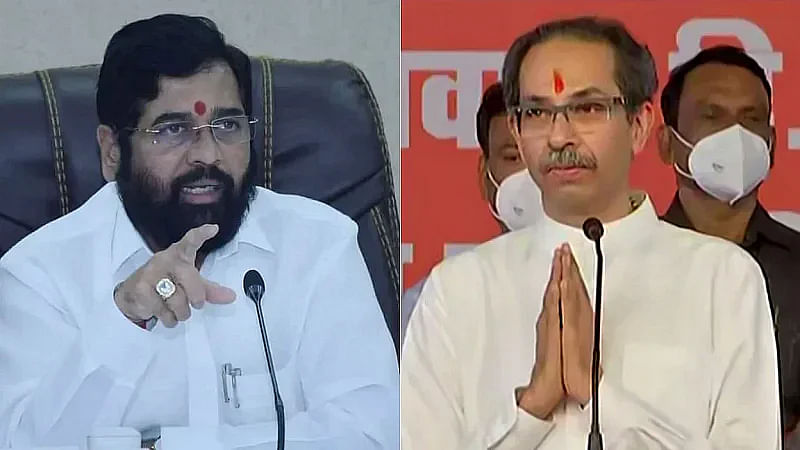 "It has been agreed that the Cousels will meet and formulate the issues which will arise for consideration or deciding the reference before the Constitution Bench. The proceeding shall be listed for directions after 4 weeks," the court reportedly observed.

The bench had earlier said that the court will hear the case from November 1 while giving Election Commission a green signal to continue its proceedings in the dispute over the party sumbol of bow and arrow.

Apart from the row over party name and symbol, the warring factions have locked horns over Governor administering oath to Shinde as Chief Minister, disqualification notices of the Speak and Deputy Speaker.

The bench had held back hearing the last time due to the two-week-long Dussehra and Diwali vacations in October.

Shiv Sena split vertically after 40 MLAs with Eknath Shinde rebelled against Uddhav Thackeray and following that Shinde became the CM. Shinde has staked a claim that his faction is the "real" Shiv Sena.